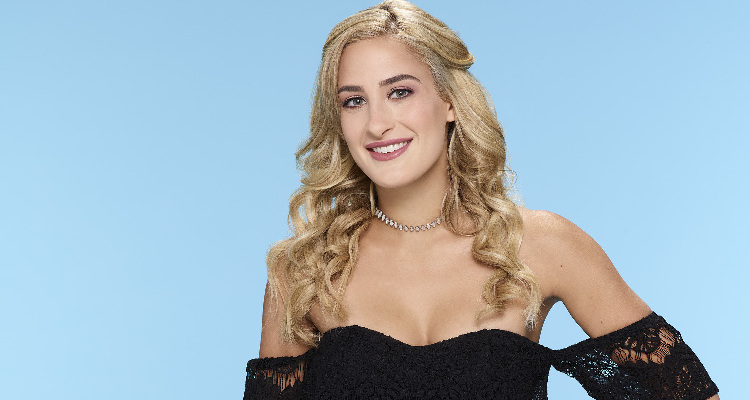 There are 22 women vying for perennially second-place Bachelor, Nick Viall on The Bachelor season 21. One of them is 24-year-old Josephine Tutman who’s had both weird and good moments during the season premiere.

It’s a new year and a new season of The Bachelor has finally begun. Nick Viall from The Bachelorette seasons 10 and 11 and Bachelor in Paradise season 3 will end his second place run and find requited love from one of the remaining 22 gorgeous ladies. Among the contestants this season is the young Josephine Tutman. She has a charming personality with a few quirky moments, and a cringe-worthy one-on-one with Nick Viall. Find out facts about her in Josephine Tutman’s wiki right here.

Hailing from Santa Cruz, California, Tutman works as a registered nurse there. Unlike some other professions on the show, this is not code for unemployed. The Bachelor franchise is known for many a contestant making up outrageous jobs, right from “free spirit” and “chicken enthusiast,” to “dog lover” and “donated tissue specialist.” But Tutman is a legitimate trained nurse, if not a practicing one.

Considering she has only been in the public eye for a short while, her net worth isn’t known. But it may increase now that she has “contestant on The Bachelor” on her resumé. Tutman is one of many medical personnel this season. Brittany Farrar is a travel nurse, Danielle Maltby is a neonatal nurse, and Briana Guertler is a surgical unit nurse.

#2. She Has Done Some Modeling

The California native may be a trained nurse, but she’s not one to let her good looks go to waste. Her Instagram page has around 1800 followers several posts of her modeling pictorials. That’s not all! Tutman has a web site to flaunt her modeling portfolio.

Tutman’s web site contains her portfolio of her modeling credentials from 2014 to 2016. The 5’7 “beauty has modeled for Charmosa swimwear and Kata Marie Designs. She has been the cover model for magazines like the 7Hues 2016 Swim issue, Pump, and Promo. Looks like she has a bright future both in the modeling world and the medical field.

#3. She Would Like to be Stephen Hawking For a Day

According to her profile on The Bachelor page of the ABC web site, when asked who she would like to be for a day, Josephine Tutman chose Stephen Hawking because she wants to know how it feels “to have a brain like that!” As for an animal, she would like to be a tiger or lion because “They’re clever, loving and get things done! Also they run in packs so they always have support.”

Her profile also states she loves theater and dabbled in musical theater in high school. A nurse, model, and also a singer! Is there anything she can’t do?

#4. She is Deeply Spiritual

Tutman’s profile also reveals that she is a spiritual person. She is Jewish but says that she is very open to all religions and loves God. She is also a fan of the book A Thousand Splendid Suns by Khaled Hosseini who also wrote the bestseller A Kite Runner. According to Tutman, the book “changed my life. I have never been more connected to imaginary people.”

Not much is known about her family so far, but we do know she has a brother who she admires a lot, “He has been my greatest inspiration, best friend and biggest motivator in life.”

#5. She Had a Very Memorable Arrival This Season

Of course, nobody holds a candle to aspiring dolphin trainer, Alexis Waters’ dolphin/shark costume, but as always, there were some cringe-worthy and hilarious limo arrivals this season. Some arrived with fanfare —literally with a fan— and one came on a camel with a bad pun to go with it. Josephine Tutman’s first meeting with Viall did not leave a good impression.

Tutman also went the pun route. After telling Viall that he was a “wiener in [her] book,” she proceeded to open a hollow book with a hot dog inside. She then asked, “Do you wanna, like, Lady and the Tramp it?” Viall humored her and bit the uncooked hot dog on the other end. Her entrance put off a lot of the viewers who took to Twitter to show just how uncomfortable it is to show up with a cold, uncooked hot dog in a book to a man you want to fall in love with you.

josephine: "so imagine this…i show up with a raw hotdog in a book and we eat it."
friends: bruhhhh
why did no one stop her? #TheBachelor

I'm gonna call that Josephine won't be here long.. WHY would you feed him an uncooked hot dog out of a book. In what world. #TheBachelor

While many are hoping Viall sends her home soon, some believe the producers would keep her longer to boost ratings. Either way, she admitted that it takes a certain kind of guy to handle her energy, making her the eccentric one this season.

Josephine Tutman is one of the 22 girls left in this competition after eight women were eliminated on night one. It remains to be seen how far she goes and what drama she creates. Watch her compete for Nick Viall’s heart on The Bachelor season 21, every Monday at 8:00 p.m. EST only on ABC.