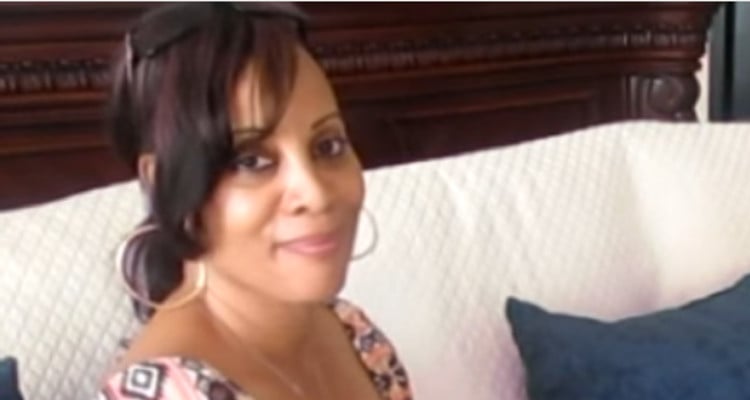 Valerie Vaughn is the proud mother of reality stars Angela Simmons and Vanessa Simmons, who star in Growing Up Hip Hop. Valerie is the ex-wife of Joseph Simmons aka Rev. Run. If you want to know more about her, then have a look at some details from Valerie Vaughn’s wiki.

Valerie Coward-Vaughn is 52 years old and she graduated in 1984 from Andrew Jackson High School in Queens, Kentucky.

In 1999, Vaughn graduated from Queens College, City University of New York. She received a Doctor of Education from Walden University on February 18, 2018.

She is a teacher and loves to teach her students. In the past, Vaughn has worked at the New York City Department of Education (NYCDOE).

She has two brothers and one of them is named Skeeter.

She Was Joseph Simmons Wife

In 1983, Vaughn got married to Joseph Ward Simmons, who is famously known as Rev. Run. The couple have three kids together, Angela Simmons, Vanessa Simmons, and Joseph “JoJo” Ward Simmons Jr.

In 1992, their marriage came to an end after Simmons was accused of rape. The rapper was accused of assaulting a 22-year-old fan after a show in 1989. The judge later dismissed the case due to lack of evidence, exonerating Simmons of all charges.

Although Simmons didn’t rape her, he confessed to sleeping with her. So, Vaughn filed for divorce.

Vaughn has a daughter Daryan Danielle from another relationship.

In March 2012, Valerie got married to Alfonzy Vaughn III. He attended Westbury High School and is originally from Westbury, New York. He currently lives in Queens, New York.
Alfonzy and Valerie Vaughn have a daughter together named Tiffany.

New Years just ain't New Years without the ones you love!

As mentioned earlier, Valerie has three kids with Joseph Simmons. Vanessa and Angela Simmons are known as reality stars who currently appear on Growing Up Hip Hop.

Vanessa Simmons is Joseph Simmons and Valerie Vaughn’s oldest daughter. She was born on August 5, 1983, and she is the older sister of Angela and Jojo Simmons Jr., and stepsister of Diggy Simmons III, Russy Simmons II, and Miley Justine Simmons.

In 2015, Simmons gained popularity after she appeared with her family on MTV’s Run’s House.

Besides establishing herself as a reality star, Vanessa and Angela teamed up to become designers for the shoe brand, Pastry.

She also made appearances on the TV show, Guiding Light, and the film, Speed Dating.

In 2014, Vanessa was a judge and host of Project Runway: Threads.

She is in a long-term relationship with actor Damon Wayans’ son, Michael Wayans. The two welcomed to the world a baby girl named Ava Marie Jean Wayans in 2014.

#ad Just a heads up ladies, @flattummyco has 20% OFF Shakes today AND have just restocked their best-selling flavor vanilla pod! This shake program did exactly what it was designed to do – kept me feeling full, energized, and delivered the results I was looking for. Haven’t been keeping track of the scale so much, but my tummy definitely looks more tight & toned ? If you’re looking for results too, check out their flash sale at flattummyco.com!!!

Angela was born on September 18, 1987 in Queens, New York City. She was the editor for the monthly mini magazine, Angela’s Rundown for a short time. It targeted teens and covered various topics like music, fashion, and style until its last issue in 2012.

For a year, Angela attended the Fashion Institute of Technology but later dropped out to carve a career for herself as a businesswoman.

In 2007, Angela and Vanessa launched Pastry Footwear under their family’s line, Run Athletics.

Angela dated rapper Bow Wow and was featured in the video for his single, “Shortie Like Mine.”

Angela was engaged to Sutton Tennyson and the pair welcomed a son together in 2016, Sutton Joseph Tennyson.

However, the couple called off their engagement before the start of the New Year.

Currently, she is on Growing Up Hip Hop and is the executive producer of the show.

If you understand TIME & SEASON, Trust me you will envy no one.

Joseph “Jojo” Simmons Jr. was born on September 29, 1989. He is the youngest kid of Vaughn and Simmons. Jojo has appeared in several episodes of Growing Up Hip Hop.

Additionally, he is a rapper and works as a CEO at Who’s House Ent.

Jojo has a daughter, Mia Kaylee Simmons, with his girlfriend, Tanice Amira.

Daryan Danielle is Angela and Vanessa Simmon’s stepsister from their mother. She studied dance at LIU Brooklyn and currently works as a makeup artist at MAC Cosmetics.

In the past, Daryan has worked with Tom Ford Beauty and Laura Mercier Cosmetics. She is a model signed up with Model Mayhem.

Valerie Vaughn Shies Away from the Limelight

Valerie Vaughn prefers to stay away from the limelight, but she has appeared in a couple of episodes of Growing Up Hip Hop.