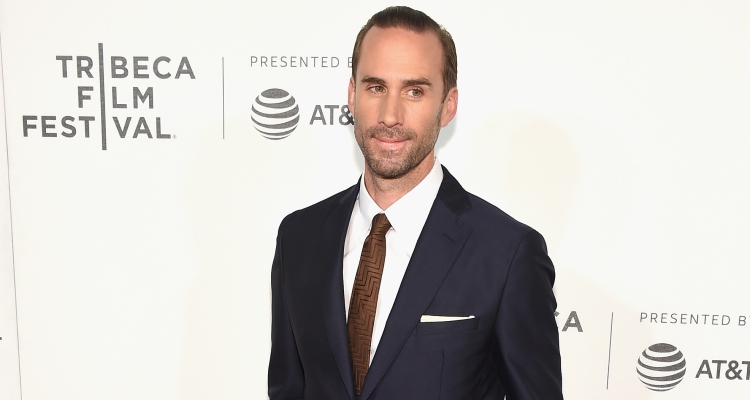 For months now, people have been buzzing about the highly-anticipated TV adaptation of best-selling author Margaret Atwood’s The Handmaid’s Tale and, maybe more importantly, which of Hollywood’s greatest actors would be part of The Handmaid’s Tale cast. While former Mad Men star Eisabeth Moss is already generating excellent reviews for her starring role in the series, it’s indie actor Joseph Fiennes, brother of award-winning actor Ralph Fiennes, who’s also got tongues wagging. For all of you curious about this critically acclaimed but spotlight-shy actor, we’ve got a Joseph Fiennes wiki just for you!

His Older Brother is Ralph Fiennes

That’s right: Joseph Fiennes is the kid brother of Lord Voldemort himself! Joseph Fiennes’ role in The Handmaid’s Tale may compete with the evil of Voldemort, as it seems his career has often been overshadowed by his older brother’s fame. Obtaining fame in timeless Hollywood and indie movies like Schindler’s List, The English Patient, Spider, and The Grand Budapest Hotel, and the last four Harry Potter films, Ralph Fiennes has had a remarkable career to say the least. But just because their mainstream popularity differs, doesn’t mean that Joseph Fiennes and Ralph Fiennes aren’t both critically acclaimed professionals in their own rights. Plus, the fact that Joseph Fiennes’ age is just 46, while Ralph Fiennes’ is 54 means that the elder Fiennes had a bit of a head start. 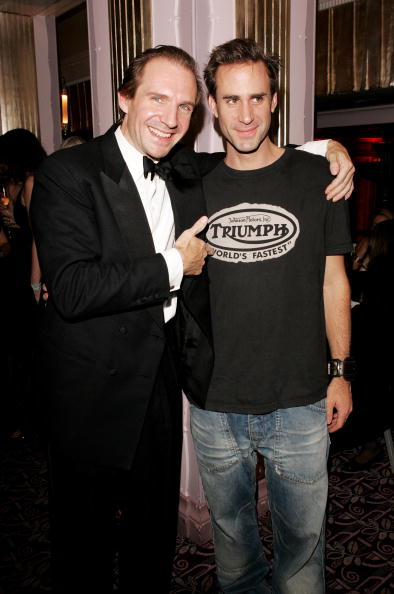 He Played Both Shakespeare & Michael Jackson

If you think Joseph Fiennes looks a little familiar it’s probably because you’ve seen him as William Shakespeare in the multiple-Oscar-winning romantic comedy/drama, Shakespeare in Love, alongside Gwyneth Paltrow.

More recently, British actor Fiennes was cast as the late, King of Pop in a comedy movie about Jackson’s rumored road trip with Marlon Brando and Elizabeth Taylor. Originally titled Elizabeth, Marlon & Michael, the film was renamed to Urban Myths: A Brand New Collection of Comedies, of which this was one of many “myths” that were re-enacted. Joseph Fiennes as Michael Jackson unsurprisingly caused a lot of controversy, including opposition from Jackson’s fans and children, particularly daughter Paris Jackson. The movie/episode has been shelved indefinitely. 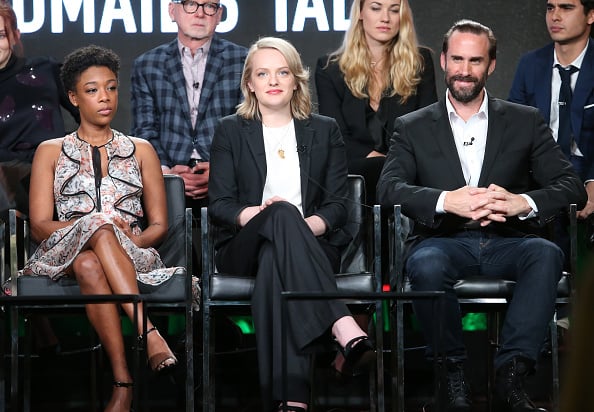 He Has a Wife and Two Kids

Joseph Fiennes has been married to Maria Dolores Dieguez since 2009. A Swiss model, Joseph Fiennes’ wife is a successful career woman in her own right. The pair wed in a beautiful, private Roman Catholic ceremony in the lush landscapes of Tuscany, Italy. They now have two daughters together. When asked if he felt a responsibility to tell the story of The Handmaid’s Tale through his character, Fiennes replied, “The most important people in my life are three women: my wife and my two daughters. I want [my daughters] to grow up in a world where they have equal rights, equal pay if they’re doing a job equivalent to their male counterpart.”

He stressed the importance of being vocal, being vigilant, and being aware of the authority in power and not allowing technology to consume us.

While Ralph Fiennes may be a big Hollywood name, Joseph Fiennes is a successful film and TV actor. While Joseph Fiennes’ movies—including Enemy at the Gates, Elizabeth, Running with Scissors, and Strangerland—are what make him better known as an actor, he has also had an equally successful (and still growing) career on the small screen. Aside from being the only male lead in The Handmaid’s Tale, Fiennes has also lent his acting chops to critically and publicly acclaimed TV shows, including Flash Forward and American Horror Story: Asylum. On top of all that, he’s also a seasoned stage actor.

In an interview with GQ Magazine, Fiennes was asked some hard-hitting questions regarding the story behind The Handmaid’s Tale and whether or not he thinks there will be a second season.

“I think the show could go on and should go on, because through this particular lens, we get to hang a mirror up to ourselves and society and, with that caution, we stay alert and make ourselves vocal about it.”

Joseph Fiennes was excited to tackle this tough male lead role, and he expressed that the experience of bringing this famous story to life was very eye opening, especially with the political climate we currently find ourselves in. 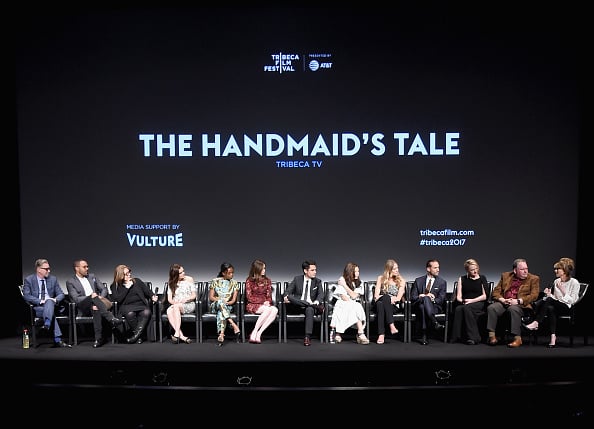 “This is a political, feminist piece, and of course it comes into sharp focus. Even just as you live and breathe it, much is hanging everything under the new administration. It surrounded us in every way, but, yes, it came into a much sharper focus during the election,” he told GQ.

Being the father of two young girls (and given the nature of this heart-wrenching story), Fiennes sarcastically commented that he “can’t wait” to introduce them to The Handmaid’s Tale.

He Designed a Card for a Children’s Charity

The Thomas Coram Foundation for Children is a children’s charity based in the United Kingdom that provides numerous services to support children in need, including adoption, education, therapy, legal advice, and general support. It’s one of the oldest charities in Britain, and Joseph Fiennes is one of the many celebrities who have gone out of their way to help it fundraise. Fiennes designed and signed his name to a simple card for the Thomas Coram Foundation for Children, which was later auctioned off on eBay. Other celebrities who have designed a card for the charity includ Tom Hiddleston, Twiggy, and Benedict Cumberbatch. The total funds raised were about 85,000 GBP (British Pounds). Too bad there’s no official Joseph Fiennes Instagram account because we’d have loved to see what his card looked like!

The Handmaid’s Tale is available to stream on Hulu as of April 26, check out the preview below!