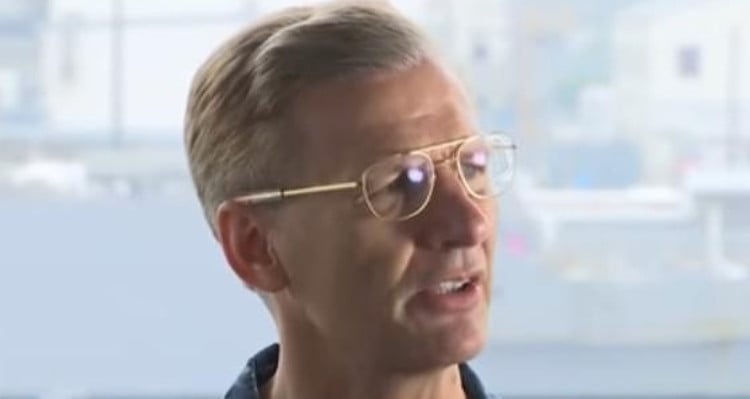 Tragedy struck on international waters, as a U.S. Navy ship collided with an oil tanker that resulted in 10 sailors missing. The accident occurred on August 21, 2017, while the ship was en route to Singapore. The commander of the Seventh Fleet, Vice Admiral Joseph Aucoin, was dismissed following the accident. We have everything you need to know about him in our Joseph Aucoin wiki.

The commander of one of the largest fleets in the U.S. Navy was relieved of his duties following a collision of his ship with an oil tanker on Monday, August 21, 2017. Aucoin was at the helm, and this was the fourth incident this year alone. Currently, 10 sailors are still missing, and divers are searching to find their remains. Read on to know why Vice Adm. Joseph Aucoin was dismissed, and learn more about his life, right here.

What Happened to the U.S. Navy Ship?

The Seventh Fleet of the U.S. Navy crashed into an oil tanker, which tore a hole on the port side of the ship. USS John S. McCain hit the Alnic MC oil tanker on Southeast Asian waters nearing Singapore, and many soldiers have allegedly lost their lives. Remains of sailors were found in the sealed off portions of the ship, as well as in the surrounding waters. Divers from the U.S. and Malaysian defenses are doing everything they can to find the 10 missing sailors.

Following the collision, Vice Admiral and Commander Joseph Aucoin was dismissed, weeks before his expected retirement from the Navy. The deadly collision flooded compartments inside the ship, including the crew sleeping areas.

Who is Vice Admiral Joseph Aucoin?

Joseph P. Aucoin was commander of the United States Seventh Fleet and is a graduate from North Carolina. He studied at N.C. University and graduated with a Bachelors degree in electrical engineering. Aucoin also graduated from Harvard with a public administration degree. His first assignment was through the University of North Carolina Naval Reserve Officers Training Corps in 1980.

His passion for being in the Navy led Aucoin to join the Naval War College, where he took national security studies and strategic affairs. He later graduated from the Navy Fighter Weapons School, also known as Top Gun.

Aucoin started as a naval flight officer and reported to Fighter Squadron 101, in 1981. He served a total of five fighter squadrons and commanded the “Black Aces,” Fighter Squadron 41. He holds the Distinguished Flying Cross with “V,” the Silver Star, Distinguished Service Medal, Legion of Merit, and Bronze Stars for his service to the U.S. Navy.

He was involved in more than 150 combat missions ashore in Iraq, Bosnia, Kuwait, and Kosovo. He has over 4,700 flight hours added to his experience and was recognized as an asset to the Navy.

Prayers for the fallen are flooding social media, with many voicing that these deaths were senseless and could have been avoided. The relieving of Joseph Aucoin may not be enough for the grieving families, but the decision to fire him was taken after a number of repeated accidents under his command.