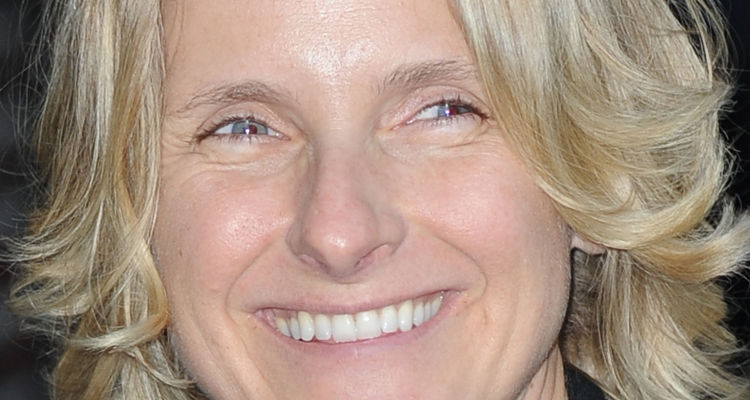 Elizabeth Gilbert is an American author, essayist, short story writer, biographer, novelist and memoirist. Best known for her 2006 memoir Eat, Pray, Love, she is now making news because of her personal life. The Elizabeth Gilbert, Jose Nunes marriage is over. Kaput! Elizabeth Gilbert’s husband, Jose Nunes, is 17 years older than Gilbert. He is out and Elizabeth Gilbert’s girlfriend, Rayya Elias is in! Are you wondering what we are talking about? Don’t worry we will tell you all about it, so read on!

Up until yesterday, Elizabeth Gilbert and her husband were together, and their marriage was straight out of the pages of a novel. Nunes was born in Brazil but lived in Australia. He met Gilbert in Bali and they married each other in 2007. At that time, it looked like Gilbert was very happy to be with an older man. She said that when she looked at men her age they came across like kids. She was much happier with an older man. However, she admitted that it was a lot of work to keep up with him.

She wrote about her marriage in 2010’s Committed: A Skeptic Makes Peace with Marriage. She said that she had never received unconditional love like she received from Nunes. Gilbert and Nunes lived together and worked together. Together, they owned Two Buttons, a store in Frenchtown, New Jersey, where they sold decorative imports from East Asia. They sold the store in 2015. The Eat, Pray, Love author once referred to Nunes as her favorite souvenir from her book.

Gilbert said that they sold the store because they both shared a common trait; once they have made or built something, they lose interest in it. Maybe that’s what happened to their marriage. It seems that once Gilbert had love from Nunes, she lost interest in him. But this is where things get really interesting about their split; Gilbert did not leave Nunes for another man, she left Nunes for a woman! Shocked? That’s right. Gilbert left Nunes because she wanted to be in a relationship with a woman.

In July 2016, Gilbert announced on her Facebook page that she and Nunes were separating. She wrote that the split was ‘very amicable.’ She did not discuss the reasons for their separation, saying that the reasons were ‘very personal.’ However, she had revealed an earlier aspect of her marriage that seems very relevant now. In a 2010 interview, she said that their interests were very different and her energy would tire him out.

On September 7, 2016, Gilbert revealed why she was leaving Nunes. She wrote that she had fallen in love with Rayya Elias, a friend and fellow author. Elias has been diagnosed with pancreatic and liver cancer. Her exact words are: “Rayya and I are together. I love her and she loves me. I am walking through this cancer journey with her, not only as her friend, but as her partner. I am exactly where I need to be – the only place I can be.”

This is not the first time that Gilbert is leaving someone behind. She was once married to Michael Cooper from 1994 to 2002. She divorced him, as well. Gilbert has admitted that she has been in many relationships with men, and emotionally bankrupted them. She said she was addicted to the process of seducing them. Now, she is with Elias and the road ahead does not look very good for Elias, with the news of her cancer looming in the balance. Gilbert is in love, and maybe she is just doing what we should all do; take love where ever we find it, hold on to it, and don’t worry about the future.