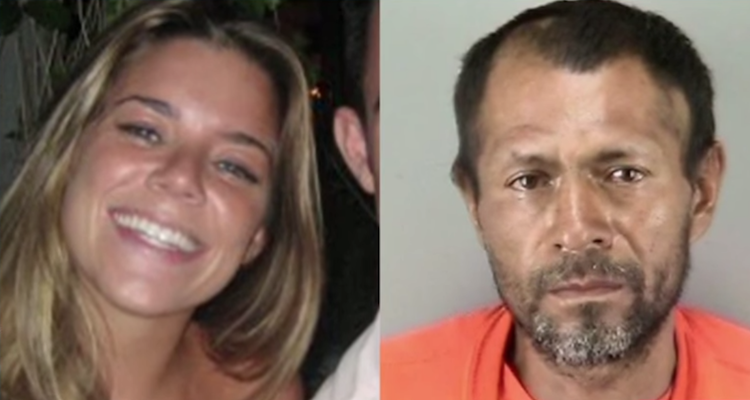 Despite being part of a trial that made headlines across the United States, we don’t actually know that much about Garcia Zarate. We know that he is from Guanajuato, which is located in central Mexico. His age is different depending on which report you go by. When he was arrested, the police listed Garcia Zarate’s age as 45, but his jail records list it at 51. He is an illegal immigrant and while there are no records to show when he first came to the United States, it appears that he arrived before 1991, as his first criminal charges were laid against him in that year. He’s been deported from the U.S. five times in the past but has made his way back to the U.S. illegally.

While it is unknown what Garcia Zarate’s criminal record is in Mexico, we do know that he’s been struck with a criminal record in the United States. He had seven felony convictions, and was deported five times! Most of his arrests and convictions revolve around drugs. In 1991, he was convicted of drug charges in Arizona. In 1993, he was convicted three times in Washington state for heroin possession and manufacturing narcotics. This was followed by another narcotics conviction and his first deportation from Oregon in 1994. Two years later, Garcia Zarate faced yet another drug conviction and his second deportation in Washington state. In February 1998, he was caught illegally crossing the border in Arizona, and six days later trying again to make it across the border! This time, he was arrested for the illegal crossing, spent time in prison, and was sent back to Mexico in 2003. In 2009, Garcia Zarate was caught trying to cross the border again, this time in Texas, and was again deported.

What exactly happened to Kate Steinle on that fateful night she was killed?

Kate Steinle, her father, and a friend were walking along the boardwalk when she was struck by a bullet in the aorta. Garcia Zarate was seen on surveillance footage running away from the scene, as Steinle died in her father’s arms. Her death set off a firestorm of controversy.

After his arrest, Garcia Zarate admitted to finding a semi-automatic handgun underneath a chair and stated that it had accidentally gone off, striking Steinle. He was arrested on secondary murder charges with the option of involuntary manslaughter. But it was how he made it to the country in the first place that garnered the most attention.

Garcia Zarate was arrested in San Francisco on drug charges, but they were dropped. Despite being asked to hold him for immigration officials as there were no outstanding warrants for him, Garcia Zarate was released!

The trial came to an end yesterday with the verdict coming in, finding Garcia Zarate not guilty. The trial determined that he did not purposely fire at Steinle, but instead that she was struck by the bullet ricocheting off the pier. Many people are obviously upset the verdict, including Steinle’s father who stated, “There’s no other way you can coin it. Justice was rendered, but it was not served.” President Donald Trump is reportedly outraged by the verdict, and took to Twitter to showcase his opinion on the matter. He described the verdict as “disgraceful” and in a series of tweets gave his opinion on the matter—and he’s back on the “Build the Wall” train!