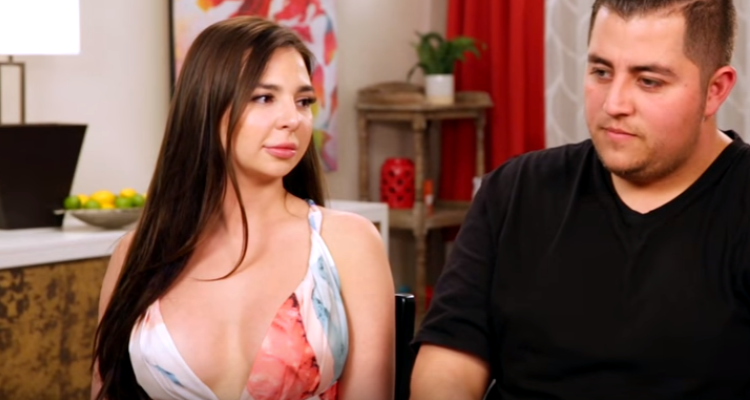 Anfisa came to America from Russia to date Jorge, and it did not take long for her to reveal that her intentions for their relationship were solely based upon his ability to lavish her with expensive gifts.

According to sources, 90 Day Fiancé’s Jorge’s job is a Californian medical marijuana entrepreneur. About their first encounter she said, “I don’t know how he found me, but he was liking my pictures and he was messaging me. At first it was annoying and I didn’t pay much attention because, well, I get quite a lot of messages like that.” She continued to add that he told her he loved her after a week of them talking online.

His persistence was the reason for her to give him a chance. As for Jorge, he said he did not want a typical California girl, but someone more traditional. Ironically, Anfisa is a huge fan of the Kardashians and wants a similar lifestyle.

Money Can’t Buy You Happiness, Or Can It?

Jorge seemed genuinely conflicted and frustrated throughout their dating relationship with his feelings for her and her lack of empathy towards him as a person.

She kicked him out of his own apartment, keyed “idiot” into the side of his car, and locked and erased his phone, all because he wanted to set reasonable limits on the amount of money he spent on her. But Jorge still believed that when they got married she would grow out of it.

Many viewers thought their relationship was superficial–Jorge for his interest in Anfisa for her beauty, and Anfisa for her interest in Jorge’s wealth. After all, Jorge fell in love with her by just looking at her pictures on Facebook! Despite this, the couple decided to marry anyway.

What are They Doing Now?

Fans, however, are speculating about quite a few of details from the show.

Fans are having a difficult time believing that the couple are still married, and that Jorge makes as much money as he seems to allude. During the final tell-all for the show’s previous season, the couple did end up marrying, however, they fought throughout the entire episode.

Are they still married? Fans are not convinced, especially since Anfisa’s recent Instagram photos show her without her wedding ring on! If you’re trying to investigate Jorge from 90 Day Fiancé’s Instagram, he does not seem to have an account. As with all reality TV shows, they are created for ratings, and many characters get fed up with all of the bad parts of their relationship being shown, and none of the good stuff.

A previous participant on the show, Cassia Hitch of season two said, “They want to make us look bad, making the public believe we won’t get married in the end. They show more fights than love, they want great ratings.”

In the sneak peek preview for the upcoming episode, Jorge appears to have taken some precautions to protect himself from Anfisa, and when she finds out, she slaps him in the face! The new season premiered Sunday, June 11 at 9:00 p.m. EST on TLC, so if you want to catch the next episode, tune in this Sunday night to find out what happens next!