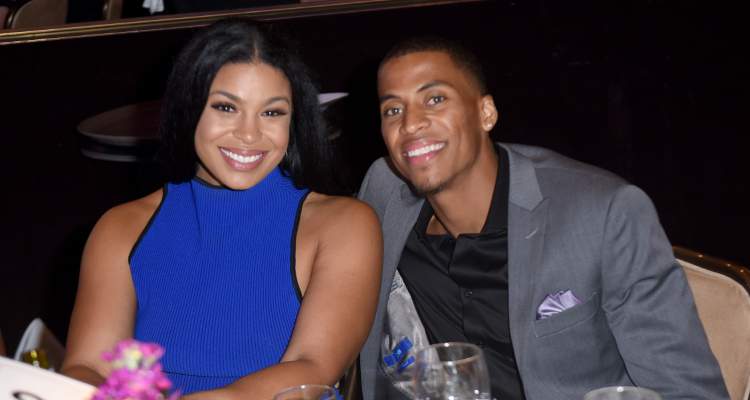 American Idol alum, Jordin Sparks married her boyfriend Dana Isaiah in a secret wedding back in July, and now, the couple is suddenly expecting their first child together! So, who is Dana Isaiah? Everything you need to know about Jordin Sparks’ husband is right here in our Dana Isaiah wiki.

In an impromptu ceremony, happy couple Jordin Sparks and Dana Isaiah tied the knot on their vacation in Hawaii. Isaiah wants to keep his life private, but we do know that he loves babies! Well, that is good news considering he and Sparks are going to welcome their first child next spring!

Who Is Dana Isaiah?

Born on May 3, 1992, Dana Isaiah’s age is 25. The young man went to Southeastern University and was on the college’s basketball team. He loves the sport, and although he is not looking to become a professional basketball player, he sure plays like a pro!

A Holiday That Turned into a Beach Wedding!

The couple might not have had any plans of settling down so soon, but while they were on the beach in Hawaii walking hand-in-hand, the paparazzi began clicking away.

It was apparently during that time that Dana Isaiah and Jordin Sparks felt they were ready for marriage. So, they asked a friend, who was ordained, to marry them right then and there!

What Does Dana Isaiah Do?

Dana Isaiah is an aspiring model and already has quite a few sizzling shots on his resumé. His mesmerizing eyes catch your attention immediately, which makes for amazing pictures. He even shoots for various fitness groups, and with a ripped body like that, there is no way people can’t stop and stare! Nice catch, Jordan!

He believes in keeping fit and posts his workout pictures on social media. You can find many pics of him with his gym buddy and now wife, Jordin Sparks, on Dana Isaiah’s Instagram account.

Pure JOY so you can't bring me down! Positive vibes only ?

Sparks and Isaiah are both family-oriented and spend a lot of quality time with their folks. Isaiah’s Instagram is riddled with pictures of his nephew and his immediate family and there’s no denying he loves kids!

There is not much of a difference in Sparks’ account, as she loves to show off her family, too.

One Surprise After Another!

Isaiah received the shock of his life when Sparks told him that she was pregnant.

She said in an interview, “It was about five days after he moved to L.A. He comes in and I go ‘I’m pregnant.’ It was such a shock for both of us. I turned around and started bawling in the closet.”

After much convincing, Isaiah’s mother was okay with the fact that her son was moving to Los Angeles. And, just after surprising their family about the secret wedding, the couple had news about a baby!

Congratulations #JordinSparks! ? The #AmericanIdol winner is married—with a baby on the way! ? Tap the link in the bio for all the details. |?: @michelson_ari

Dana Isaiah’s net worth is not calculated yet, but we do know that his wife is worth an estimated $10.0 million.

She won American Idol back in 2007 and has since been making waves in the entertainment industry. She received Grammy nominations and even made her acting debut with The Suite Life on Deck. After a four-year break, Sparks returned in 2013 with more movie roles and music. Here’s hoping we will be seeing more of her in the future!