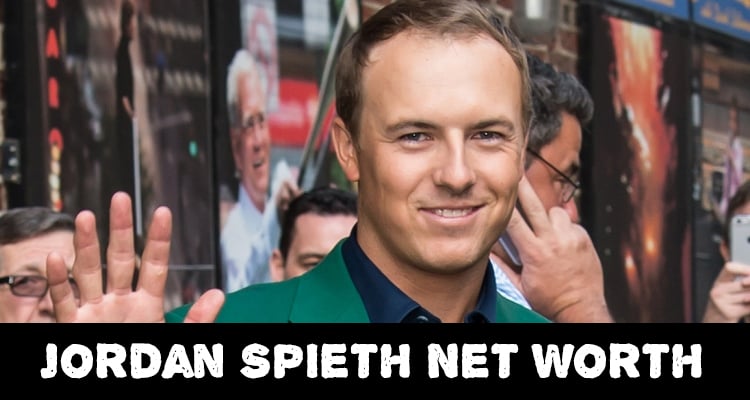 Professional golfer Jordan Spieth’s birthday is today, July 27, and given that he only just turned 23-years-old, he still has a long career ahead of him. That said, Jordan Spieth’s net worth is already quite high given his young age.

Just how rich is Jordan Spieth? He currently possesses an estimated $53 million, making him the ninth highest-paid athlete in the world this year, according to Forbes.

It must be nice to be Annie Verret, Jordan Spieth’s girlfriend! So, just where does all this money come from? It’s hard to tell, after all, given there’s no Jordan Spieth Snapchat. Here’s some info about Jordan Spieth’s net worth and life.

Jordan Spieth’s birthday (today) marks the day that he was born in Dallas, Texas in 1993, though both his parents are from Pennsylvania. The first of three children in the family, Spieth shares athletic talent with his parents, though his father and mother played baseball and basketball, respectively. While he grew up playing these two sports (as well as football and soccer) it was golf that eventually received his full attention, even going so far as to mow the lawn to practice putting until his parents finally relented and got him a membership to a country club. By the age of 12, he was taking lessons from former golf pro, Cameron McCormick.

Spieth would eventually prove to be worth the investment, as he won the U.S. Junior Amateur Championship in 2009 and 2011; the only other golfer to win this event twice is Tiger Woods. He also competed in the 2010 PGA Tour’s HP Byron Nelson Championship, tying for 16th place. Spieth would go on to attend the University of Texas after graduating high school. While he was there, he won an NCAA Championship, before earning low amateur status at the 2012 U.S. and officially beginning his pro golf career at the end of that year.

Even though he has only been in the business for four years, Jordan Spieth has already accumulated some impressive career achievements. His first major victory in his pro golf career came in 2013, when he won the John Deere Classic, having shot 19 under par. However, he did not win any events in 2014. His best finish was a second place ranking in the Hyundai Tournament of Champions, though he could take solace in walking away from that with $665,000.

Unfortunately, 2016 has thus far been low on career achievements for Spieth, having only earned approximately $4.0 million and two wins. He finished only second in the Masters and 37th at the U.S. Open.

Like many high-paid athletes, Spieth makes money off several endorsements. He made $6.0 million from endorsement deals in 2014, before he had even won a single tournament. Needless to say, this amount has increased with his fame, as he is believed to have made $32 from endorsement deals over the course of this year alone, and a grand total of $114 million over the course of his entire career. Despite his poor showing in 2016 thus far, don’t be surprised if this total increases even further in 2017.

Jordan Spieth’s girlfriend is his high school sweetheart, Annie Verret, though they went to separate, single-sex education facilities. She currently serves as an event coordinator for The First Tee of Dallas, an organization which mentors youths wishing to play golf. Despite also being involved with golf, she generally tries to stay out of the media and give her boyfriend the spotlight.

Jordan Spieth’s house was his most recent major purchase, which he bought at the end of 2015. It is said to be worth $7.1 million. It is an extensive mansion, featuring a gym, pool, golf simulator, indoor basketball court and garage that can hold a whopping 12 cars! Not that Spieth’s salary made this a costly purchase, but he got quite a deal, as the home was originally listed for $8.5 million.