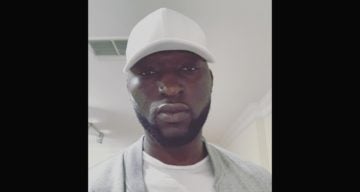 If you keep up with WWE RAW, you probably saw A.J. Styles make an entrance with his imposingly tall bodyguard, Jordan Omogbehin. The giant is an NXT import after starting his training two years ago. With little to no wrestling experience, Omogbehin’s RAW debut is a commendable feat. He could become the tallest wrestler in WWE soon, and you need to watch out for him. So we’ve got Jordan Omogbehin’s wiki to introduce this new wrestler.

Tolulope “Jordan” Omogbehin was born in Lagos, Nigeria in 1994. He comes from the Nigerian tribe of Yoruba and is fluent in English and French.

Jordan has at least one brother, Ayodele Omogbehin, who reportedly lives in the U.S., too. Jordan came to the USA in 2008 and is a resident of Florida.

Towering at 7’3”, Jordan Omogbehin was a basketball star for all of his student life. Fun fact: he was a 6’4” when he was 12 years old.

Omogbehin played at Montrose Christian and Atlantic Shores Christian as well as in a squad of players aiming to qualify for Division I basketball programs. He chose the University of Southern Florida over Marquette, Connecticut, Georgetown, Virginia Tech, Florida State, and more.

Jordan played on the Bulls team from 2012 to 2014. He earned his BA in communication from USF in 2013 and transferred to Morgan State University, where he was on their 2014-2015 basketball roster.

Also Read: FACT CHECK: Chick-Fil-A Is Giving Out Gift Baskets to Everyone

He pursued his MBA in project management at King University. Before graduating in 2016, he had worked as a team manager in King University’s athletic program.

Omogbehin was working in King University’s athletic program from 2015 to 2016. It’s unclear what he did after that, but he has been associated with WWE since 2018.

Jordan has switched from the hardwood floor to the ring, aiming to be the tallest wrestler in WWE. He is currently signed under NXT and has been getting attention since his in-ring debut in 2019.

Recently, he has featured in RAW. In October 2020, he appeared as A.J. Styles’ bodyguard.

Outside the ring, Omogbehin volunteers with Athletes in Action and Samaritan’s Feet International. He is also an artist and occasionally shares his artwork on social media.

Omogbehin made his relationship with longtime girlfriend, Cheyenne Quailey, social media official on July 4, 2012. They seem to be still going strong.

There are some many things , I can say about this woman right here! The list is so long I don’t even know where to begin. I will say this, It is such a privilege to see you grow everyday, your selflessness doesn’t go unnoticed. Your hard work, consistency and drive has shown me what it takes to fight for something larger than you. Thank you for always giving a positive talk when I doubted myself. Thank you for loving me unconditionally. I am proud to be your MAN!!! Happy Birthday baby girl!!! Looking forward to celebrating many more birthdays!!!

Quailey is also a Florida resident. She graduated from the Univeresity of South Florida.