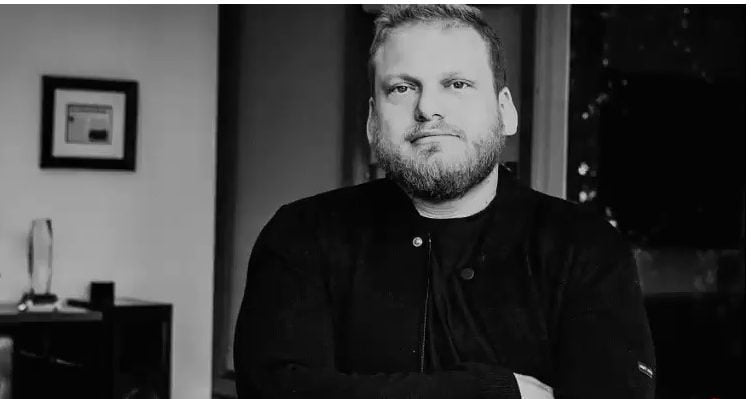 Even though music manager Jordan Feldstein was relatively young, his name was becoming synonymous with good music. Feldstein’s greatest successes were the rock band Maroon 5 and singer Sara Bareilles, who both achieved commercial success and critical acclaim under his guiding hands. He managed both new and veteran artists with a lot of dedication and passion, and he was always willing to fight for them and promote their music. His family and industry colleagues are shocked at his sudden and untimely death on December 22, 2017. We have more details about his life and career in Jordan Feldstein’s wiki.

It’s a big loss for the music world in general, and especially for the musical acts he managed. Jordan Feldstein, the brother of actors Jonah Hill and Beanie Feldstein, and a music talent manager who worked with several prime acts like Maroon 5, died at the age of 40.

Jordan Feldstein’s cause of death was cardiac arrest. He suffered a heart attack on Friday, December 22, 2017, in Los Angeles, California.

A representative for the Feldstein family told People magazine in a statement, “Unfortunately, last night Jordan called 911 for shortness of breath, when paramedics arrived it was determined he went into full cardiac arrest and passed away shortly thereafter.”

Reportedly, the Los Angeles Coroner’s office told People that the police are investigating Feldstein’s death as a possible accident.

An Entrepreneur at Heart

Jonah Hill, Jordan Feldstein’s brother, is an American actor, producer, screenwriter, and comedian. Hill is known for his comedic roles in films like Accepted, Grandma’s Boy, Knocked Up, Superbad, Get Him to the Greek, Forgetting Sarah Marshall, 21 Jump Street, War Dogs, and Moneyball. He also acted in the much-acclaimed movie, The Wolf of Wall Street, for which he received an Academy Award nomination for Best Supporting Actor.

Jordan Feldstein was the founder and CEO of Career Artist Management (CAM), a leading management firm in Beverly Hills, California. It had earned a reputation for being an active and proactive force in the entertainment industry.

A Diverse Set of Clients

Feldstein was a childhood friend of Adam Levine, the front man of the famous rock band, Maroon 5. He and successfully managed the group from its humble beginnings nearly 15 years ago.

Under Feldstein’s sure guidance, Maroon 5 went on to become one of the music industry’s most successful bands, selling more than 20 million records and earning three Grammy Awards. They were one of those rare bands of the new musical era who earned both fantastic sales figures and critical acclaim.

Under the aegis of CAM, Feldstein also guided the career of the highly talented Sara Bareilles and worked closely with a diverse group of artists including Elle King, Miguel, Rick Springfield, Big Boi, The B-52’s, Robin Thicke, and Chromeo.

Family and Friends Are Shattered

The talent manager was married twice in his lifetime. Jordan Feldstein’s wife was Francesca Eastwood, veteran actor-director Clint Eastwood’s daughter, even though the marriage was annulled after a week in 2013. He is survived by his two children from his first marriage.

Love my family thank you for another amazing screening of @mfamovie

Jordan Feldstein’s kids are devastated by their father’s sudden and unexpected death. And, so are his family members, friends, colleagues, and well-wishers.

In a statement, Feldstein’s family said, “His family asks for privacy during this difficult and unexpected time. In lieu of food and flowers, the family will announce a charity in the coming weeks where memorial donations can be made in Jordan’s name.”

A Facilitator of Fantastic Music

As the news of Feldstein’s demise spread throughout the entertainment industry, people have been offering his family their heartfelt tributes and condolences.

The music industry has lost a manager of great talent who worked hard to bring good artists to the forefront and helped them give their best. His family and the artists he helped will always remember Feldstein as a man who was always in their corner of the ring and supported them when they needed it the most.

Rest in peace, Jordan Feldstein. You will always be remembered.