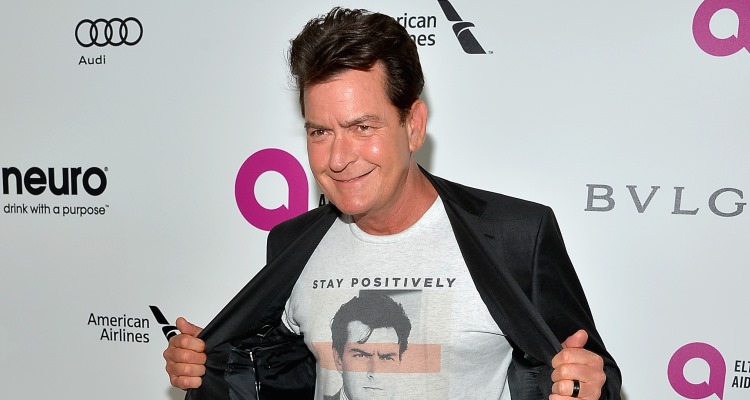 Just when you thought the world had forgotten about Charlie Sheen, he comes back right back, and this time he brought a date! Have you heard about Charlie Sheen’s new girlfriend? Her name is Jools, but that’s not enough for everyone else. To learn about her, take a look at our Jools wiki!

Who is Charlie Sheen’s Girlfriend?


Sheen, 51, is off the market and his new girlfriend is named Jools, no last name and no familiar spelling. If you ever need to remember how to spell it, just think of pools, but with a “J”, simple, right? So far, there’s no word on where she’s from (but we can safely assume she’s American and lives close enough to meet Charlie Sheen). There’s no word on Jools’ age, and there’s a good chance she’s handing out “no comments” when people ask her.

“It’s my daughter’s birthday. She’s 12. This is my girlfriend, that’s Jools. No one’s got a photo of us yet,” said Sheen to photographers outside of an Italian restaurant. It seems Charlie is all about flaunting his new lady to the media! (Something most celebrities hide away from!)

There’s no sign of Jools’ Instagram and surprisingly, it’s a popular name for an unpopular spelling choice. Sheen normally dates models, actresses and anyone else of high profile in the entertainment business. There’s no social media trace of her yet, but clearly she values her privacy, or just isn’t into the whole Instagram thing. It’s only a matter of time before TMZ and a legion of photographers follow their every move! So much for finding Jools’ pics.

She Knows Sheen is HIV Positive

Everyone is a aware of Sheen’s HIV status since he shared the news with the world last year—but he was diagnosed in 2011. Obviously, his new army candy is aware and doesn’t seem to be affecting their budding romance!

The Two and a Half Men alum has been regarded as a younger Hugh Heffner and he’s been married three times! His first wife was model Donna Peele in 1995, but they divorced a year later. He then married Wild Things star Denise Richards from 2002-2006 and had daughters Sam and Lola with her. And his third and final marriage was to actress Brooke Mueller, with whom he had twin boys, Bob and Max. However, their marriage ended in 2011 with a restraining order.

Sheen has also been in relationships with Brett Rosi, Bree Olson and Georgia Jones. His most recent encounter was with British model and reality TV star, Jess Impiazzi.

A source said that the two met at a party and instantly hit it off and she was invited to his private room at a condom party. (Fun fact: Sheen was once a promoter for LELO HEX condoms!)

“They swapped numbers and he got in touch the next day, asking her out. They had a brilliant time and went back to Charlie’s hotel for coffee after the tour. He invited Jess to the states to discuss work projects. It is very early days, but they’ve already talked about meeting up again this week.”

Sine his firing from Two and a Half Men and his HIV announcement, Sheen has been trying to repair his life and it seems that things are starting to look up for him. Well, it’s about time!