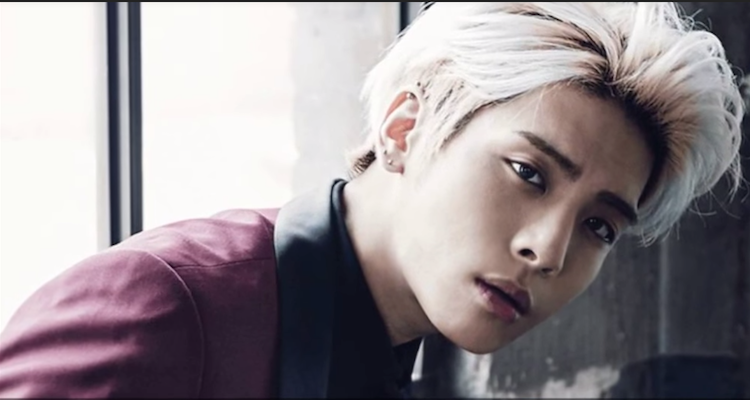 Early this morning, news broke that Kim Jong-hyun, better known as Jonghyun from the famous Korean pop band, SHINee, passed away suddenly. Jonghyun may have allegedly committed suicide through carbon monoxide poisoning, which is now being investigated. It’s a tragic moment for not only his legions of fans, but also his friends and family. As sad as it may be to say it, in situations like this, people may be wondering if his personal life had anything to do with the events leading to his death. So, who was SHINee’s Jonghyun dating? We are going to take a look at Jonghyun’s dating timeline to see if we can find any details that may shed some light on this tragedy.

Working in the entertainment industry in many parts of Asia (like Hong Kong and Korea) is very different than the entertainment industry we know in the West. You not only have to be able to sing, but you must also be able to dance and act as well! And, when a management company invests in you (or puts you together in a band with others), they tend to keep a very tight lid on you and your personal life.

Kim Jong-hyun or Jonghyun was chosen to be part of SHINee in 2008. He became super popular the minute he joined the band, but he also completely lost his private life. His management had a great say on not only what projects he could take on, but also who he could or could not date in the public eye.

SHINee’s Jonghyun passed away, but did he leave anyone beyond friends and family behind? To the best of our research, Jonghyun did not have a girlfriend. However, it’s quite possible that Jonghyun’s ex-girlfriend could be a girl named Lee Yu-bi.

Jonghyun and Yu-bi were caught holding hands on a few different occasions in 2014, but both of their management companies denied they were involved with one another. After Yu-bi, there is no record of Jonghyun dating anyone, at least not publicly.

There is the possibility that Jonghyun may have been dating someone very discreetly and out of the limelight. But for a star of his size, that would have been difficult.

What Happened to Jonghyun?

Although details are still forthcoming, we do know that officials found Jonghyun in his apartment and was unresponsive. He was brought to a hospital where he was pronounced dead.

The common story currently floating around is that Jonghyun killed himself via carbon monoxide poisoning, by burning coal on a stove in his apartment. But as of now, this is all speculation as no confirmation has yet been made regarding the absolute cause of his death.

Reportedly, Jonghyun sent cryptic messages to his sister before his death, including one that read, “This is my last farewell.”

Jonghyun’s sister was allegedly raised the alarm to authorities concerning her brother after receiving these strange messages.