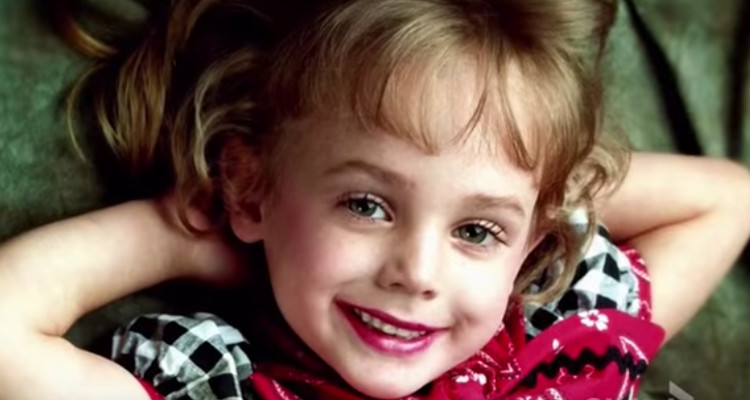 Though two decades have passed since the murder of child beauty queen, JonBenét Ramsey, the case has not been solved. Now, Netflix’s latest original documentary, Casting JonBenét is shedding some new light on this case.

The murder of JonBenét Ramsey has baffled police and the public since it took place on December 26, 1996. The case generated nationwide interest. JonBenét’s mother, Patsy Ramsey (herself a former beauty queen) had entered her daughter in a series of child beauty pageants. JonBenét’s death was ruled a homicide, and the case continues to be open with the Boulder Police Department. How did JonBenét Ramsey die? Here are some details from JonBenét Ramsey’s wiki.

When Did JonBenét Ramsey Die?

JonBenét Ramsey was a child beauty pageant queen, who was murdered in her family home in Boulder, Colorado, on the night of December 25-26, 1996. At the time of her death, JonBenét was just six years old. She was the youngest child of Patsy and John Ramsey, whose older brother, Burke was nine when she was found dead. A ransom note was found in the house the morning of December 26 and, after the police were called to investigate, John Ramsey found JonBenét’s body in the basement of their home, approximately eight hours after she was reported missing. She had a broken skull from a blow to the head and was strangled. A garrote fashioned from a paintbrush was found tied around her neck.

JonBenét Ramsey’s autopsy report indicated that the official cause of her death was “asphyxia by strangulation associated with craniocerebral trauma.” The police suspected that JonBenét’s death was caused by either Patsy or Burke Ramsey. They believed that the ransom note and the appearance of the body were staged by JonBenét Ramsey’s parents to cover up the crime. However, in 1998, both the police and District Attorney ruled out Burke as a suspect. Later, an investigation followed the theory that someone outside of the family was responsible for the killing.

Two Theories in the Murder Case

In 2003, trace DNA was taken from JonBenét’s clothes and was found to belong to an unknown male. With this development, the DA’s office declared that the Ramseys were cleared of their suspected involvement in this heinous crime. However, in February 2009, the Boulder Police Department took the case back from the DA and reopened the investigation. So, who killed JonBenét Ramsey? There are two theories. One that an intruder was responsible. This theory developed with the discovery of an unidentified footprint in the basement where the body was found. The second theory is that a family member was involved in the death. Another theory is that Patsy struck her daughter in anger for wetting the bed and strangled as a way to cover it up.

Now, a new documentary on this murder mystery is being released on Netflix. Casting JonBenét has generated both fear and curiosity. The trailer is eerie and creepy, and the documentary itself will be released on Netflix on April 28, 2017. The makers of Casting JonBenét hope that their documentary will help in the investigation and the case will finally be solved. Director Kitty Green has taken a different approach with this documentary, bringing to light the extreme media frenzy that surrounded this baffling case.  People are hoping to get closure on the murder of this sweet six-year-old girl, who was cruelly murdered over two decades ago.