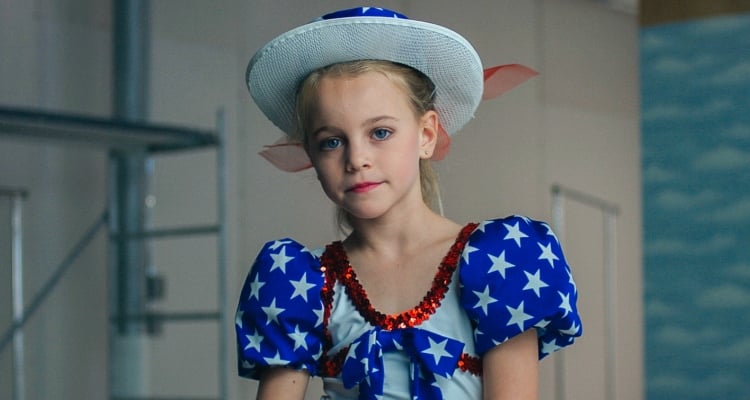 December 2016 marked the 20th anniversary of child beauty queen, JonBenét Ramsey’s death. The body of six-year-old JonBenét was found on December 26, 1996 in the basement of her Colorado home. Her death to this day remains a mystery. Netflix’s new documentary, Casting JonBenét will explore the life and death of the young girl and will premiere on Friday, April 28. Here is everything you need to know about JonBenét Ramsey’s timeline.

JonBenét Ramsey was born on August 6, 1990 in Atlanta, Georgia. She was the youngest of two and was in the limelight at a very young age. Her father, John Ramsey was the president of a business computer system company called Access Graphics. The family moved to Boulder, Colorado in 1991 for his work. John was previously married and had three kids with his first wife: two daughters and one son. His daughter, Elizabeth died at the age of 22 in a car accident. JonBenét’s mother, Patsy, a former Miss Virginia, enrolled her daughter into various pageants. By the time she was six, JonBenét already won five titles: Little Miss Charlevoix, America’s Royale Miss, Little Miss Colorado, National Tiny Miss Beauty, and Colorado State All-Star Kids Cover Girl.

On December 26, 1996, the Ramseys found a two-and-a-half page ransom note in their house, which demanded $118,000 for their daughter. Patsy immediately called the police, however, JonBenét’s body was found in their basement that afternoon. Her skull was fractured, she was sexually assaulted, and was strangled with a garrote. JonBenét’s death was ruled to be a homicide.

There were a lot of inconsistencies and loopholes within the Ramseys’ story. The crime scene was contaminated when John found and brought his daughter’s lifeless body upstairs, something he should have known not to do. For the next four years, the police had gone through a long list of potential suspects and ruled out most —except for the Ramseys. There was evidence which pointed out that they were behind the death of JonBenét Ramsey. The ransom note was much longer than most, written on paper from the Ramsey home, and requested almost the exact amount of money as John’s Christmas bonus that year. Handwriting analysis suspected Patsy to have written the note. The interviews given by John and Patsy Ramsey were also inconsistent. Many have theories that JonBenét’s death was caused by her brother, Burke, who was nine years old at the time, and that John and Patsy had to cover it up.

In 1999, the Boulder Grand Jury indicted John and Patsy for allegedly killing their daughter. However, District Attorney Alex Hunter did not file charges against them. After his decision, the Ramseys moved back to Atlanta and published a book, The Death of Innocence, in 2001.

Patsy Ramsey passed away at the age of 49 due to ovarian cancer. In 2016, JonBenét’s Ramsey’s brother, Burke broke his silence for the first time on Dr. Phil, but did not reveal any new information about the case.

Numerous books, documentaries, and crime shows have been made about the murder. Each with their own theories and conclusions. Although, many suspects close to the Ramseys were questioned, there have been no charges laid and the case remains open to this day. Netflix’s Casting JonBenét will premiere on April 28, 2017.