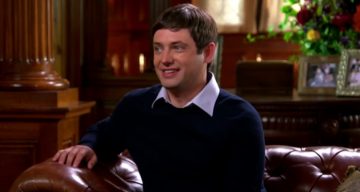 Burke Hamilton Ramsey was born on January 27, 1987 in Atlanta, Georgia. His parents are Patricia Ann “Patsy” Ramsey and John Bennet Ramsey. Now 30 years old, Burke Ramsey is a software developer. He was just nine years old when his sister, JonBenét Ramsey was brutally murdered in their home, and speculation surrounding the culprit responsible for murdering JonBenét included Burke, even though he was just a kid.

The subsequent extensive publicity of his sister’s murder was a “chaotic nightmare” for Burke. Although he was questioned by investigators, Burke Ramsey never spoke publicly about the night that changed the course of the entire Ramsey family. That is, until 2016.

In September of 2016, to honor the 20th anniversary of JonBenét Ramsey’s death, Burke Ramsey came forward with his side of the story for the first time on Dr. Phil. With a socially awkward demeanor, Ramsey poured his heart out to Dr. Phil and described the emotions he underwent saying, “I remember the viewing. The casket was small. Her eyes were closed … I want to honor her memory by doing this interview. I don’t want anyone to forget.”

When questioned about his aloofness about the matter, Burke answered, “I guess I kind of like to avoid conflict or, I don’t know, I guess I just felt safer there. I’m not the worried type. I guess part of me doesn’t want to know what’s going on.”

The day Ramsey’s mother was out looking for JonBenét with police, Burke remained in bed.

“For the last 20 years, I wanted to grow up like a normal kid, which does not include going in front of TV cameras,” he said.

Phil McGraw described the interview with Burke Ramsey as “no holds barred.” Ramsey revealed that the last time he saw his sister alive was in the family car as they returned home from a friend’s house.

Reportedly, Burke Ramsey was paid for the interview. The murder and subsequent events affected his young mind. His parents sought therapy for him, which helped to a great extent. But he grew up to be a quiet boy. When he reached high school, Burke Ramsey’s worried parents moved with their son to their summer home in Charlevoix, Michigan. “He’s certainly matured,” says John Ramsey. “He’s got a 401(k) plan and an IRA, and he did it all on his own.” Currently, Burke Ramsey is a computer analyst, who works remotely from home.