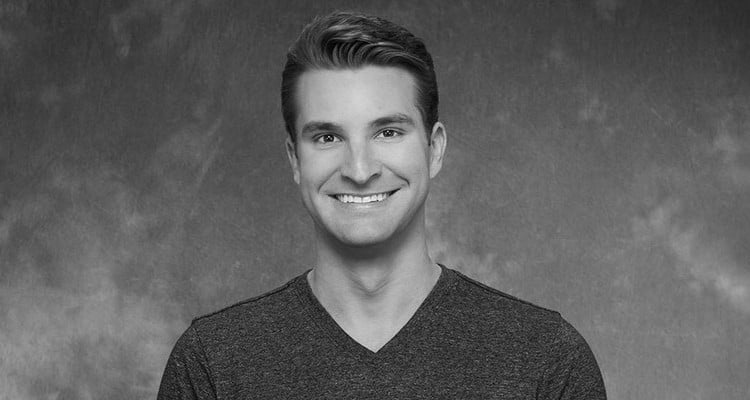 The Tickle Monster is back! After Rachel got rid of on Dr. Jonathan Treece on her season of The Bachelorette, he was recruited for the current season of Bachelor in Paradise. Didn’t we already get enough? Last night’s episode had drama, and even more drama! Here’s a refresher on Dr. Jonathan “Tickle Monster” Treece before we get into more details.

What kind of doctor do you think Jonathan Treece is? Well, he doesn’t cure people by tickling them if that’s what you thought! He is actually a family doctor in Florida. In Rachel’s season, the first thing he did after getting out of the limo was tickle Rachel like she was a grumpy child! She was surprisingly amused by it, and gave him a rose. He’s back on TV in BiP season 4, and we have all the details you need to know about him, complete with some Bachelor in Paradise spoilers!

#1. He Went to University of Arkansas

Jonathan Treece grew up in Arkansas with his family. It looks like they are still really close, as he wished his dad a happy Father’s Day with a throwback picture of him, his three siblings, and their dad. He went to Arkansas St. University where he acquired his Bachelor’s degree and then went to University of Arkansas for Medical Sciences College of Medicine, where he received his MD. Treece did his residency at Halifax Medical Center in Florida where he has a license to practice medicine. As a family physician, he treats everyone from newborns to geriatrics with issues like joint injections, skin procedures, and weight loss.

The good doctor is not just all work, he knows how to have fun, too! He surfs in his free time, and, as his Instagram is proof, he’s even won awards for the sport! Way to go, Doc! He was once a true surfer dude and rocked long blonde hair that fell to his shoulders.

#tbt to when my hair was long and #surf was good! #surferdude Still shredding waves but keeping the hair #tight these days!

#3. He Was Married Before Joining The Bachelorette

Jonathan Treece was married to a woman whose name hasn’t been disclosed, but it does not look like things ended well between them. When asked about how he lost his virginity, he answered rather dryly saying it was “pretty uneventful” and with his ex-wife. There is not much about this mystery woman, so there is no way to confirm what happened between the two. But now, Treece is more than happy looking for love again in Sayulita, Mexico!

Someone once said “if you’re not first, you’re last” But today i say cheers to 2nd place! Hahaha. Always a great time with the @surfariclub surfcon Thanks @milesgathright for the #wakeupcall and @heathershredder for the motivation #sup #nsb #ticklemonster #surfing #surfcontest

#4. The Doctor was Arrested

The Tickle Monster is not as innocent as he seems! Earlier this year, it was reported that Treece was arrested in New Smyrna, Florida after crashing into another car, causing injuries, and fleeing the scene. According to the report, “[Treece’s vehicle] made a left turn at the intersection in front of [the victim’s vehicle] and the victim hit the vehicle on the right passenger side. [Treece’s vehicle] then proceeded into a fence, made a U-turn and proceeded back through the fence and fled the scene.” Officials found Treece in a movie theater after driving his damaged car there, and arrested him for leaving the scene of a crash involving damage, and of leaving the scene of a crash with serious injuries. He was released on a $1,500 bond and pleaded not guilty.

I love dressing up for Halloween or any time of year for that matter…like this weekend in my #keywest costume…do as the locals do! ???? it’s a wonder I’m still single ???????????? #flamingos #dontblink #noregrets #ticklemonster