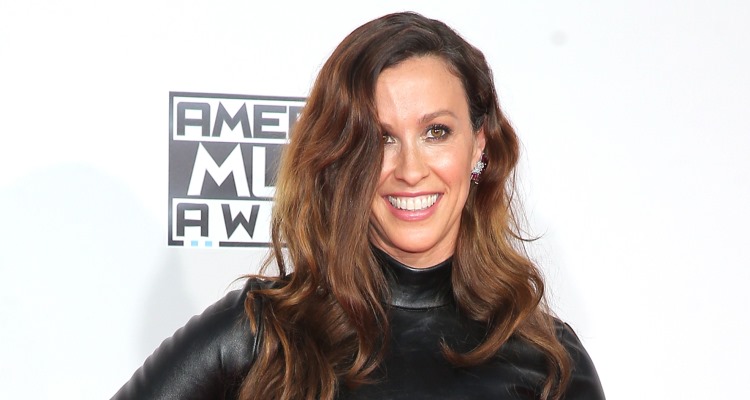 Alanis Morissette’s ex-manager, Jonathan Schwartz has been found guilty of fraud and sentenced to six years in prison, after it was revealed that he stole over $5.0 million from Morissette, among other clients. We’ve got all the information you need on Jonathan Schwartz, the business manager nightmare.

It’s no surprise that someone as wildly famous as Alaniz Morisette would need a manager over the course of their highly successful music career. Once on top of the world with hit after hit, Morisette was swimming in money. Jonathan Schwartz was who she trusted with her finances, but it came back to bite her in the worst way imaginable.

As it turns out, Jonathan Schwartz (age 47) was stealing money from the hugely successful Morisette between May 2010 and January 2014. How much money, you ask? According to reports, Schwartz stole a whopping total of approximately $5.0 million! On Wednesday (May 3), Jonathan Schwartz was sentenced to six years in federal prison and he’s been ordered to pay $8.6 million in restitution. Ouch! (Bet we can guess who’s having the last laugh!)

#fbf only a few things make me happier than making some joyful noise ????????

During the court proceedings on Wednesday, Schwartz confessed to stealing $5.0 million from Alanis Morisette and over $2.0 million from five other unnamed clients. He used the money personally and falsely listed the cash withdrawals as “sundry/personal expenses” to cover up the crime. There were also reports that he used some of the money to invest in “illegal marijuana ‘grow’ businesses,” attempting to play them off as legitimate investments.

Following the judge’s deliberations, he had appealed for a sentence of one year and one day in prison, followed by another year of house arrest and 2,000 hours of community service.

In a letter he wrote in The Hollywood Reporter, Jonathan Schwartz stated that he was “addicted to gambling” and was caught in a “toxic” downward spiral.

But Alanis Morisette didn’t feel that the court should go easy on him, urging for the stiff sentence he was handed. “He did this in a long, systematic, drawn-out and sinister manner,” she said in a statement at the hearing, adding that the court should hand down “a sentence that sends a crystal-clear message.”

The judge declined his plea and sentenced him to six years in prison. Details of his personal life are scarce when it comes to Jonathan Schwartz’s wife or family, or even if Jonathan Schwartz has kids.

As for how Schwartz feels about the crimes he’s committed?

“I lied repeatedly to the people who mattered most to me,” Schwartz said in court this week. “I alone am responsible for the devastation I have caused. Regardless of how long I spend in prison, I will serve a lifetime sentence of shame.”

But to some, it still seems that Jonathan Schwartz was let off the hook a little easy. It was reported that he could have faced more than 20 years in federal prison after pleading guilty to wire fraud and tax crimes, but the judge stuck to sentencing guidelines that suggested around five to six years.