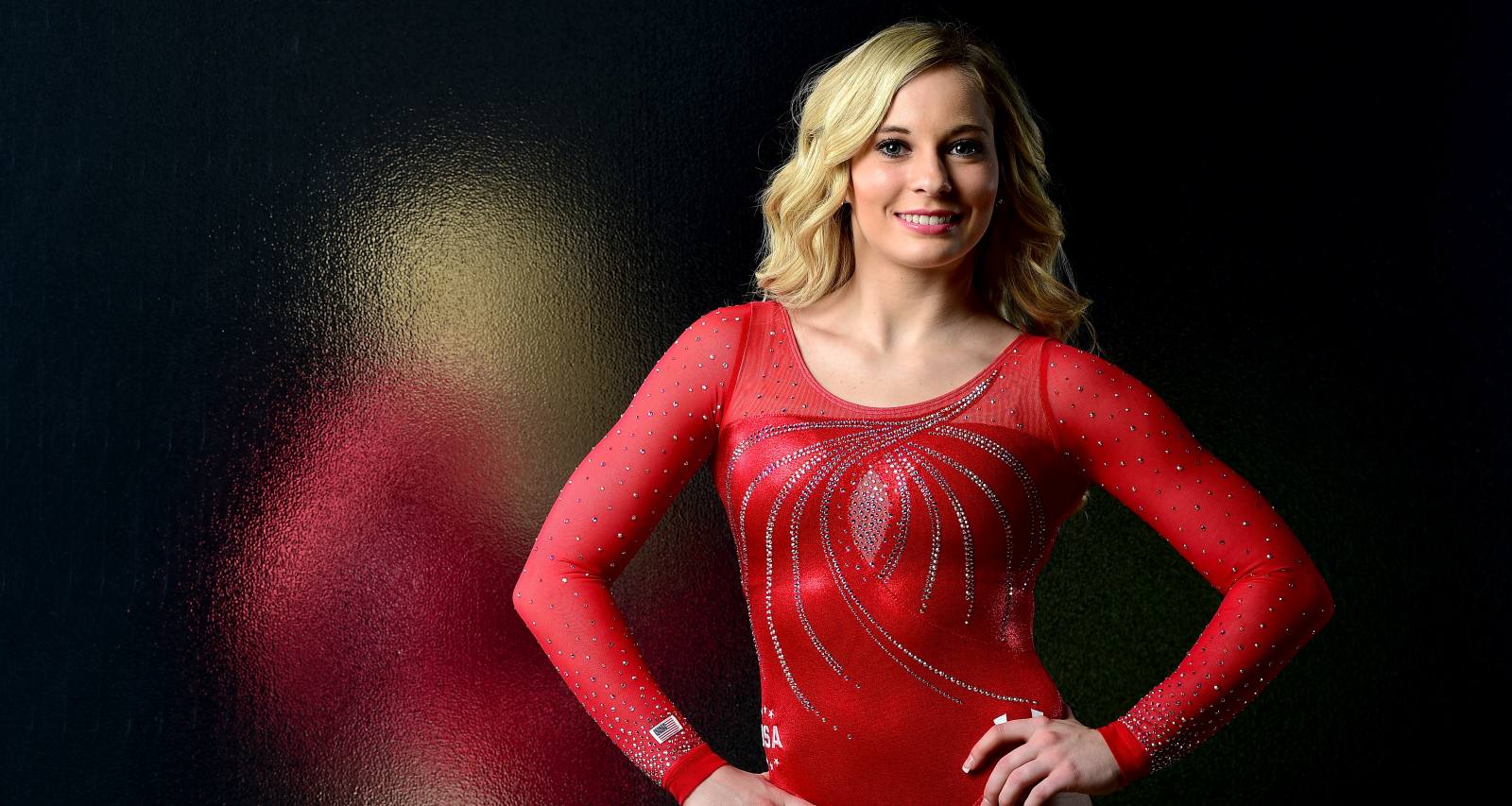 MyKayla Skinner poses for a portrait at the USOC Rio Olympics Shoot at Quixote Studios on November 20, 2015 in Los Angeles, California. (Photo by Harry How/Getty Images)

MyKayla Skinner was named to the U.S. gymnastics team for the Tokyo Olympics, and among the many people she credits for the opportunity is Jonas Harmer. Skinner’s boyfriend-turned-husband has been one of her biggest supporters. They’ve been together since her collegiate career was peaking, and he’s been by her side through major milestones in the gymnast’s professional life. And he also lends a hand to her non-gymnastic ventures, both with his managerial skills and his humor. In fact, he styles himself as an eager househusband to her social media followers. For Skinner’s new fans who are asking who her husband is, we reveal more in this Jonas Harmer wiki.

Jonas Harmer was born on July 14, 1997, and hails from Utah. He is one of four children born to David Harmer and Elayne Wells Harmer. Jonas and his siblings Ben, Ariel, and Madison grew up in Bountiful.

If the family name sounds familiar, yes, Jonas is related to the late John L. Harmer, a former member of the California state Senate and once the lieutenant governor of California. Former POTUS Ronald Reagan was the governor during his term.

David is one of John Harmer and Carolyn Jonas Harmer’s children. Jonas is one of their grandchildren. The family shares the occasional picture from John’s political life, and among them are David and his siblings’ many interactions with Ronald Reagan. There’s also a picture of Reagan offering a young David jellybeans.

Both David and Elayne Harmer are attorneys. Argentinian-born Elayne has served as counsel for the U.S. Senate Health, Education, Labor and Pensions Committee Republicans. David Harmer unsuccessfully ran for Congress as the Republican candidate in California’s 11th District in 2010. With no intention of running for public office again, David currently serves as the president and CEO of Freedoms Foundation at Valley Forge.

Jonas Harmer attended Brigham Young University, his father’s alma mater. He studied business there from 2017 to 2021.

In the past, Harmer has worked at a restaurant, as a missionary, as door-to-door salesman, and more. He also gained experience working as a financial services intern at Northwestern Mutual.

In 2018, he co-founded his own business, Holiday Decorators of Salt Lake. The company, which ran for six months, designed, set up, took down, and stored residential and commercial Christmas décor installations.

Harmer has been the sales manager of Vivint since 2019. The Utah-based business provides smart home security services, and he’s been one of the top salespersons at the company.

Harmer also collaborates with MyKayla Skinner and helps her run her YouTube channel. The channel boasts over 73.5K subscribers and growing.

According to his social media, Harmer is also involved in day trading cryptocurrency.

The University of Utah’s standout gymnast, MyKayla Skinner, has been with Utah native Jonas Harmer at least since 2017. In a Q&A video, they revealed that a mutual friend named Emma played cupid for them. Their relationship apparently began when Harmer slid into her DMs.

Skinner announced her engagement to Harmer on Instagram in October 2019. They married in Salt Lake City on November 14, 2019.