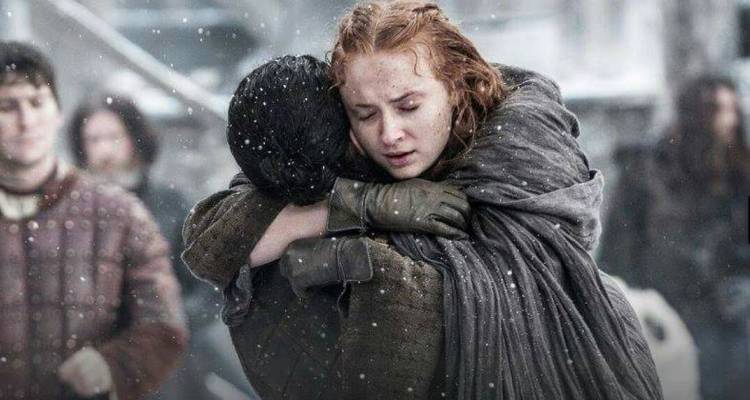 If you’ve watched Game of Thrones season 6, episode 4 (or read our recap) you know that one of the episode highlights is that Sansa and Jon Snow reunite. A touching, important moment for fans of the show (and, apparently, its cast), the two members of House Stark being together once again drove a large part of the previous episode and is a potential focus for the next, if not most of the season. What does the reunion on Jon Snow and Sansa Stark mean for the future of Game of Thrones?

If you need another recap that badly (seriously, why haven’t you watched it yet?), the last episode, “Book of the Stranger,” saw the recently resurrected Jon Snow opening the doors of Castle Black now that his watch had come to a close, only to be met with Podrick, Brienne, and most importantly, Sansa Stark. The half-siblings had a powerful reunion before reflecting on their shared and respective pasts and Sansa’s poor treatment of Jon, who forgave her for all prior deeds—they were done literally a lifetime ago, after all.

Further discussion led to the plan to take Winterfell back from Ramsay Bolton. Besides the obvious reasons, such as birthright and it being the right thing to do, a letter sent to Jon indicated that Bolton was keeping Rickon Stark hostage and that he was not above torturing him, and even starting a war, if it meant getting his hands on Sansa.

Ramsay Bolton, as fans of the show know, may be the rightful heir as the bastard son of Lord Roose Bolton, is indeed the rightful heir to Winterfell. However, he’s also unhinged and violent, having killed several family members, including his newborn brother. More recently—as in, Game of Thrones season 6, episode 4—he killed Osha with a knife to the neck. Granted, she was also going to try and kill him, but it’s a matter of how nonchalantly he did it; after the deed was done, he just went back to peeling an apple.

So, the stage is clearly set for Jon Stark vs. Ramsay Bolton, but given what’s on the line, including Sansa, Rickon, and possibly every last person living in Winterfell, when will the confrontation happen? While “next episode” may seem to be the logical go-to answer, if the Game of Thrones writers want to build it up, it’s certainly the kind of material that could be used for the season finale. Stay tuned to see what path they—as well as Jon Snow and Sansa Stark—will take!