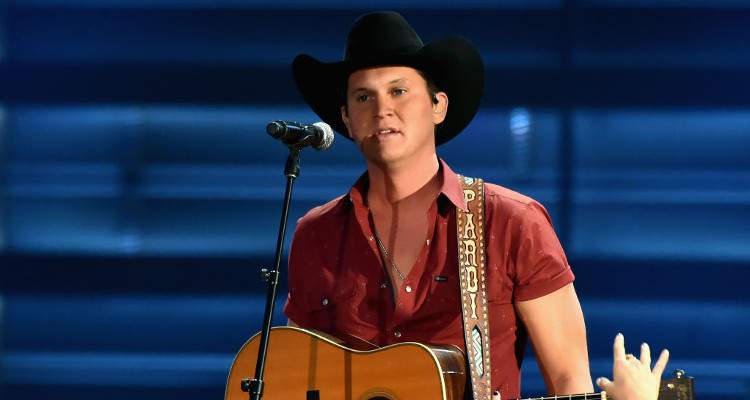 Country music singer Jon Bardi’s dream of performing at the CMA Awards finally came true on November 8, 2017. After releasing two studio albums and a clutch of singles, Bardi has quickly made his way into the country music scene. He will start his national tour this week, with 28 shows throughout the country.

Country music singer Jon Pardi performed on stage at the 51st Country Music Association Awards in Nashville, Tennessee, on Wednesday night. He was thrilled to be invited saying, “It feels great. I think this is my fifth or sixth CMA. To finally…just be a part of the show and get recognized for awards. It’s amazing. It’s that moment we’ve been waiting for.” It was only a matter of time before he would be invited to take the stage, and Jon Pardi’s CMA 2017 performance was loved by the audience. With more than 13 million viewers tuning in last night, there is no doubt that everyone who performed earned even more fans who want to know more about them. Where is Jon Pardi from? Here is everything you need to know about the singer with Jon Pardi’s wiki.

Making Decisions at a Young Age

Born on May 20, 1985, in Dixon, California, Jon Pardi’s age is 32. He released two studio albums so far, and formed his own band when he was just a 14-year-old student at Dixon High School. Pardi started writing songs at the age of 12, and there was no doubt in his mind that he wanted to be a country musician. After high school, he went to Nashville, the Mecca of country music, to fulfill his dreams.

Great Start to His Career

Big night! Performing at the #CMAawards! Catch it on @ABCNetwork at 8/7c.

Though he initially struggled, Pardi released his debut single “Missin’ You Crazy” that peaked at No. 29 on the U.S. Billboard Hot Country Songs chart in April 2012. This paved the way for more hit singles like “Up All Night,” “What I Can’t Put Down,” and “What I’ve Been Drinkin,’” all from his debut studio album, Write You a Song. His second album, California Sunrise, was released on June 17, 2016. From it, some of Jon Pardi’s songs include “Head over Boots,” “Heartache on the Dance Floor,” “Dirt on My Boots,” and “She Ain’t in It.”

Thanks to the sales of his albums and singles, concerts, and lengthy tours, Jon Pardi’s net worth is a healthy $8.0 million.

Fans will be delighted to know that the singer’s new tour will start very soon. Jon Pardi’s tour starts on Friday, November 10, 2017, with a performance at Myth in St. Paul, Minnesota, and ends Saturday, March 24, 2018, at the Lawrence Joel Veterans Memorial Coliseum in Winston-Salem, North Carolina. He will also perform on Saturday, June 17, 2018, at the Tailgate N’ Tallboys festival in Peoria, Illinois. With over 30 dates announced, tickets are already on sale here.

Ripe for the Picking

When WestJet leaves your bag in Nashville and you get Cowtown fresh in Regina Saskatchewan!!! ??#cowtown

People want to know more about his personal life especially Jon Pardi’s wife. According to sources, though he is not married, it looks like the singer has a girlfriend. His hard work and dedication are paying off, and he is becoming a big star in country music.