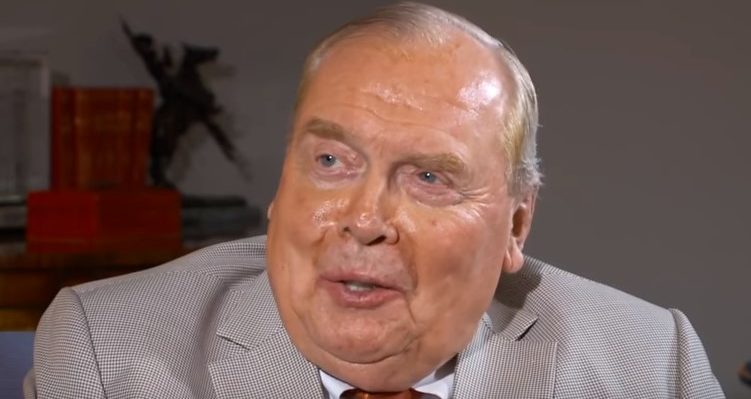 Jon Huntsman Sr. started humbly by working in an egg-producing company, but his creativity and ambition saw him rise to become a billionaire. He foresaw the rise of the fast-food industry before anybody else and began manufacturing plastic packaging for it. He gave away more than $1.5 billion to charity and helped many people in both America and abroad. Jon Huntsman Sr.’s net worth was estimated at around $1.2 billion at the time of his death, but his contributions to business and charity are priceless. And now, the whole state of Utah is in mourning over Jon Huntsman Sr.’s death.

Jon Huntsman Sr., an American businessman and philanthropist, passed away on Friday, February 2, 2018, after an 11-day stay at the University of Utah Hospital. He was 80 years old at the time of his death and was surrounded by his family.

The cause of Huntsman’s death was prostate cancer. His assistant confirmed his death on Friday afternoon.

Jon Huntsman Sr. was the founder and executive chairman of Huntsman Corporation, a global manufacturer and seller of specialty chemicals. Huntsman’s plastics are used in many items, such as the clamshell burger containers that McDonald’s used in the past. They also manufacture a wide variety of organic and inorganic chemicals like textiles, polyurethanes, and pigments.

Huntsman was a larger-than-life businessman known for his philanthropy. So, how rich was Jon Huntsman?

According to sources, Jon Huntsman Sr.’s net worth was estimated at a massive $1.2 billion. He gave away a big part of his wealth to charity over the years.

Huntsman’s Net Worth Compared to Other Businessmen

A Partner in the Fast Food Industry

Jon Huntsman Sr. was instrumental in developing the first plastic egg carton when he was an employee at Olson Brothers Inc., an egg-producing company in Los Angeles, California.

After seeing the huge opportunity in creating and manufacturing packaging for the rapidly-growing fast-food industry, Huntsman founded Huntsman Container Corporation with his brother, Alonzo Blaine Jr., along with others, in Fullerton, California.

Huntsman’s company developed several popular products like the first plastic plates, bowls, and fast-food containers. He made tremendous profits by becoming an agile partner of the fast-food industry.

In 1982, Hunstman started a plastics and petrochemicals company named Huntsman Chemical Corporation in Salt Lake City, Utah. As the CEO and chairman, he grew the firm into a multibillion-dollar company.

Jon Huntsman Sr. was a generous philanthropist and gave away more than $1.5 billion for cancer research and programs at various universities, as well as aid to Armenia. He donated more than $100.0 million to the Huntsman Cancer Institute, which he founded at the University of Utah.

Huntsman also donated freely to the homeless, the ill, and the underprivileged. He helped people both in America and internationally.

Also Read: Stan Lee’s Net Worth 2018: Looks Like His Health Is “Marvel-ous” Now

The latter book made it to The Wall Street Journal’s best sellers list.

Jon Huntsman Sr.’s house boasted of an area of 22,000 square feet with 12 bedrooms, 16 bathrooms, and a formal dining room that seated 20 people. It also had a fitness center, game room, media room, swimming pool, waterfalls, and a 22-car garage.

In 2015, Huntsman mused about the idea of hearing one’s own eulogy and said, “It would be a fascinating experience to hear in advance what will be said at our eulogies. Would it match what we see in ourselves?”

If Huntsman could see how the prominent and common people of Utah, a state he gave so much to, reacted after his death, he would undoubtedly be touched.

Jon Huntsman Sr. gave away billions of dollars to the less fortunate and for vital causes. The state of Utah has lost a great friend who will always be remembered as a kind and giving soul.