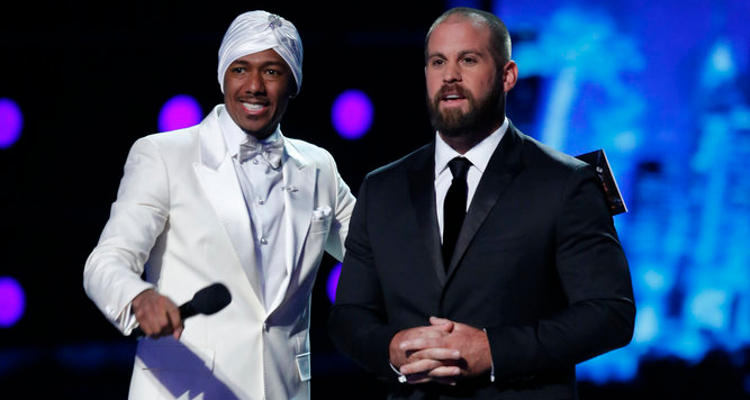 Jon Dorenbos has had a pretty hard life so far, but instead of getting weighed down by all the wrongs in his life, Dorenbos has done the exact opposite. He has worked hard and turned his life around for the better, and today he is an inspiration for all of us. It was his inspiring life story that moved Jon Dorenbos’ wife, Julie Lisicki when she married him, even though the two are no longer together. Check out Jon Dorenbos wiki page on the net. Since his success on the show, people are now asking, “Does Jon Dorenbos still play football?” Don’t worry, we will give you all the facts you want to know about the America’s Got Talent 2016 finalist, Jon Dorenbos.

Many people have been wondering, “How old is Jon Dorenbos?” Well, Jon Dorenbos’ age is 36 years old. Though Dorenbos is very accomplished and is a motivator for many people today, his childhood was very traumatic. Dorenbos grew up in Woodinville, Washington and when he was just 12 years old, a horrible tragedy happened in his family. His father Alan, a software specialist, killed his wife, Kathy (Jon’s mother) and was convicted of second-degree murder. Alan was sent to prison for 13 years and 8 months, and Dorenbos was sent to a foster home. Luckily for him, Dorenbos was soon adopted by his uncle and aunt. To escape the nightmare of what happened, Dorenbos turned to magic.

Dorenbos attended Pacifica High School in Garden Grove, California and played several sports like football, basketball, hockey and baseball. He excelled in academics and was an honor roll student in high school. His solid performance in studies and sports extended into his college life, as well. He transferred to the University of Texas at El Paso [UTEP] where he became the long snapper for the UTEP Miners football team and played three full seasons for them.

Dorenbos played with the Buffalo Bills and the Tennessee Titans for a few years. Then, he joined the Philadelphia Eagles in 2006 and still plays with them today. In 2015, Dorenbos became the Eagles’ longest tenured player. People want to know, “What position does Jon Dorenbos play?” He plays the long snapper and tight end position for his team. But that’s not all; Dorenbos is also an accomplished magician. He has performed in Las Vegas and in Hollywood in the past. He has a habit of collecting the autographs of every famous person he performs for on his cards, and he hangs them in his home.

Dorenbos has now become a household name, since his spectacular performances on the America’s Got Talent 2016 stage. His performances were so amazing that he made it into the top 10 finals! After the final votes came in and were counted, it was announced that Dorenbos received the 3rd place position. He handled the loss with such grace that we are sure this is not the last time we’ll see this magic football man! This by itself is an incredible achievement and his inspiring performance on Tuesday night has acquired an enormous fan base, that just continues to grow. He spoke about how he made it out of the dark days by being positive and holding on to hope. Magic was his outlet.

Dorenbos has a business degree from UTEP, specializing in economics, finance and marketing. When he is not playing for the Philadelphia Eagles [off-season], he serves as a corporate motivational speaker. Dorenbos has spoken for reputed companies like the ING Group, Jackson Hewitt, Pioneer Investments and the National FFA Organization. Dorenbos is also associated with several charities and he helps children who have terminal diseases. Despite a bad start in life, Dorenbos has fought his way out and is a shining example of a person who can overcome the most difficult of obstacles, if they put their mind to it. As a footballer, magician and a human being, Dorenbos continues to lead the way.