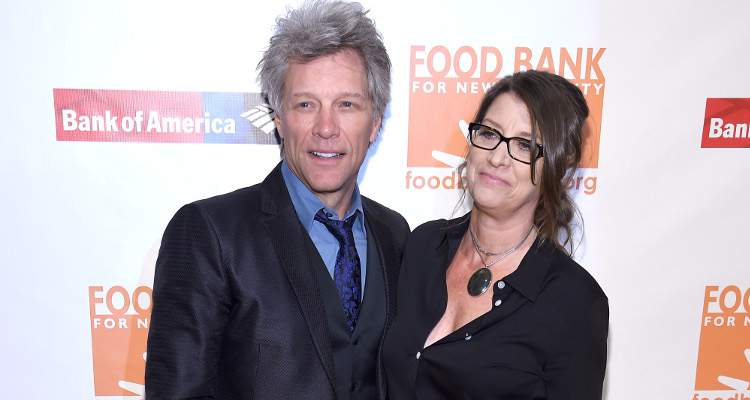 The “Livin’ on a Prayer” singer has been married to his high school sweetheart for almost 28 years now! We have everything you need to know about Jon Bon Jovi’s wife, as well as Dorothea Hurley and Jon Bon Jovi’s relationship, right here.

Born on September 29, 1962, in New Jersey, Dorothea Hurley’s age is 55. Her parents are Donald and Dorothy Pawlyk Hurley, and she went to Sayreville War Memorial High School, where she met her future husband.

After being on-and-off for a period of time, Jovi and Hurley settled down, and eventually got married on April 29, 1989 in Las Vegas, while the singer was on a short break from Bon Jovi’s New Jersey tour.

Talking about his impromptu wedding, he said, “We did it for us and didn’t give a damn. I got a lot of heat from it, between the band, my parents, Doc. Everybody was pissed off. It took me a couple of days before I realized that I don’t give a s**t what anybody thinks.”

Not only does Bon Jovi have a rocking career, he also has a rocking relationship with his wife! Talking about the secret to his marriage, he revealed, “It’s, you know, mutual respect. It starts with that, right?… and listening.”

He added, “And knowing when to speak up or shut up.”

About his wife, Jovi said, “I’m the crazy visionary with all kinds of things flying, and the seams are all splitting. She’s the one following me with the glue and the thread and needle, keeping it all together. [Dorothea] has been in it the whole game.She understands what it means. It’s my life, and it is what it is. But, really, I don’t look at this week’s hot starlet and think about trading in or trading up.”

The couple have four kids together: Stephanie Rose, 24; Jesse James Louis, 22; Jacob Hurley, 15; and Romeo Jon, 13. In 2012, Stephanie Rose, who was 19 at the time, reportedly overdosed in her college dorm room.

Talking about the incident, Jovi said, “It was horrible, a horrible moment. It was my worst moment as a father. The first thing she said, I’m all right but then she said this is what happened. You wake up, you shake it off and put your shoes on and say OK, I am on the way home.”

He added, “I feel it was a terrible tragic lesson of life but I thank God every day because she is whole. It happened and it has gone. I know personally people whose sons and daughters, where it was a lot, lot worse. That could have been Stephanie.”