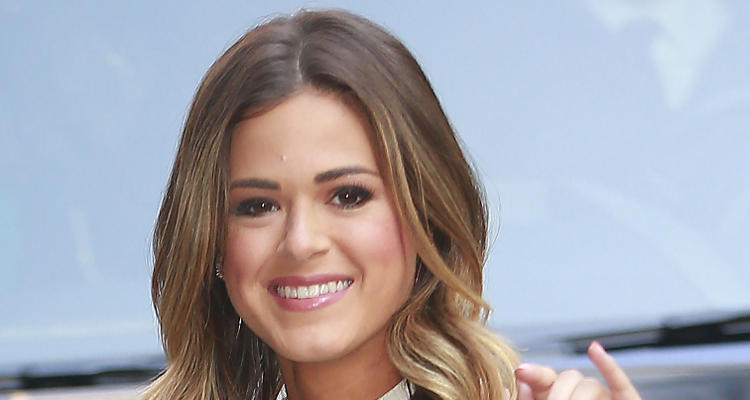 Now that JoJo has found her man on The Bachelorette, the happiest people in the world are her own family members. JoJo Fletcher’s family is thrilled that their beloved JoJo is with the man whom she has chosen to be with for the rest of her life. Now, the question everybody is asking is, “Who are JoJo’s family members?” Well, there are her parents, three of JoJo Fletcher’s brothers and JoJo Fletcher’s sister. Not to forget her pet dog, Jackson! JoJo Fletcher’s mom, Soraya, seemed happiest her little princess finally found the love of her life and JoJo’s dad, Dr. Joseph Fletcher let his emotions get the best of him when he realized his little girl was really in love.

A Family of Doctors

JoJo comes from an educated family. Both her parents are medical professionals. JoJo is a bit reluctant to talk about her mother Soraya, who is a registered nurse. Soraya is the daughter of a prominent Iranian businessman and escaped to America after the Iranian revolution of 1979. She has two sons from an earlier marriage, named Matt and Ben. Both the brothers are very protective about their kid sister JoJo, and heaven help anyone who messes with her! Soraya is currently under investigation for prescribing medicine to patients without proper examination. She has been accused of violating both state and federal laws by doing this.

JoJo Fletcher’s father Joseph is a gastroenterologist who has been practicing for the last 42 years. After having been born and raised in Tennessee, he completed his studies from the University of Tennessee College of Medicine. He has a son and a daughter from a previous marriage who are JoJo’s siblings. JoJo is the youngest child in the family, and it seems the entire family puts her on a pedestal. She’s clearly their little princess!

Can’t Get Past the Brothers

JoJo is very proud of her Persian heritage and is angry with people who stereotype Iranians. Her mother goes to the Middle East regularly and is engaged in philanthropic work. JoJo’s brother Ben is no stranger to fame himself. He was himself a star in a short lived TV reality show called Ready For Love but it only aired for 3 weeks. It was produced by Eva Longoria and he and Eva remained friends even after the show. He is a bit aggressive when it comes to safeguarding JoJo and was not ready to roll over when Robby and Jordan came to meet the family. He has no problem voicing his opinion, especially when it comes to the hand of his baby sister!

Mom and Dad Have to Approve

Not everybody is lucky to have a warm, loving family like JoJo does. She is aware of it and does not take her family for granted. When Jordan did not ask her parents for her hand, JoJo felt very insecure about it. She questioned Jordan as to why he didn’t ask her parents for their blessing, and he saw how deeply it affected her. He decided moments before proposing, to pick up the phone and speak to her parents. It’s only after her parents gave their blessings that JoJo took the next step of choosing Jordan to be her life partner. JoJo’s other sister and brother, Rachel and Peter respectively are also in the medical profession. Rachel is a nurse while Peter is a doctor.

Family Will Lead the Way

JoJo is most definitely the romantic in the family. She won a lot of hearts on her first show The Bachelor, but then broke many hearts when she chose Jordan as her husband on The Bachelorette 2016. Now, JoJo is ready to start a family of her own, and there is no doubt that her parents, brothers and sister will all be there to guide and help her along the way.