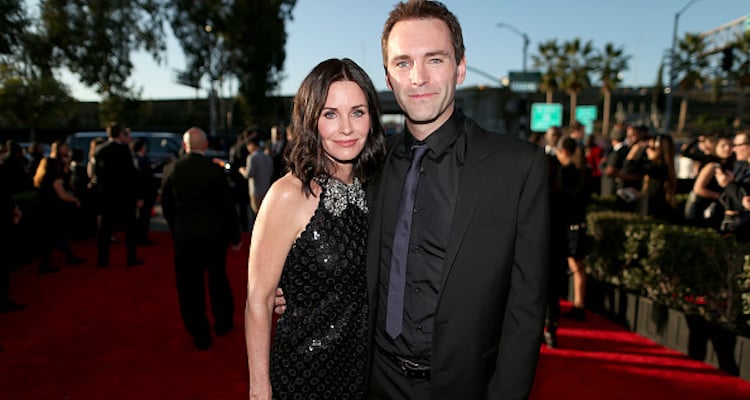 Who is Johnny McDaid? If you’ve found yourself asking that today, then you’re not alone. Hot Hollywood couple, Johnny McDaid and Courteney Cox usually fly under the radar, but the Friends star’s recent revelation has her trending since this morning. If you’re interested in a few facts about Courteney Cox’s boyfriend-turned-fiancé, then keep reading!

John “Johnny” McDaid’s age is 40 and he was born on July 24, 1976 in Derry, Northern Ireland. He was one of six children born to Pauline and John McDaid Sr. He’s a singer, songwriter and producer, best known for being in the musical groups Vega4 (1999-2008) and Snow Patrol, since 2011, for which he released the album Fallen Empires. Johnny McDaid’s net worth is estimated at a modest $5.0 million, compared to Cox’s net worth of $120.0 million.

He was Engaged to Cox Before

The couple were first introduced by mutual friend and Divide singer, Ed Sheeran back in 2013. Sheeran and McDaid were roommates for a year and he proposed to Cox in 2014, but unfortunately they called off their engagement in December of 2015. But now, they’re back together and stronger than ever!

“He supports me in ever way,” the 53-year-old former Friends star told US magazine. “He supports me creatively. He really believed in the movie (Just Before I Go), and not just because he likes me, though I know that helps!”

Northern Ireland-born McDaid added, “Courteney is the most confident person I’ve ever met —at everything. She gets music. She gets art. She gets the way a scene gets constructed, the way dialogue works. And she puts it all together in her mind and then explains it to the world and makes movies that make people laugh and cry, squirm and jump, all those things.”

It looks like Cox has had her fill with fillers and plans on embracing her age and natural beauty. The Scream alum told New Beauty magazine that she was unhappy with how she looked after getting injections in her face saying, “I’ve had all my fillers dissolved. I’m as natural as I can be. I feel better because I look like myself.”

She continued: “I think that I now look more like the person that I was (before adjustments). I hope I do. Things are going to change. Everything’s going to drop. I was trying to make it not drop, but that made me look fake.”

After seeing the change in her face, she confessed that she came to the conclusion that facial fillers were no longer for her.

“You need movement in your face, especially if you have thin skin like I do,’ she says she realized. ‘Those aren’t wrinkles—they’re smile lines. I’ve had to learn to embrace movement and realize that fillers are not my friend.”

Could a few Johnny McDaid kids be on the way? He’s already going to be a step-father to Cox’s 13-year-old daughter, Coco, with ex-husband David Arquette, but could there be more coming? In New Beauty magazine, Cox shared, “I would love to have a baby now. I mean, I could carry someone else’s egg.”

At 53, the actress understands she “may be one of the older people doing it, but I would love to, with Johnny that is. I know it’s crazy, but I would.” (After all, Janet Jackson did it!)