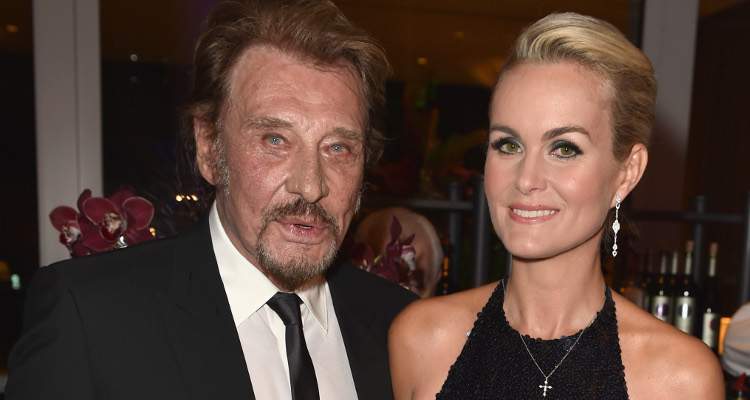 Johnny Hallyday’s death has brought a day of gloom in France as the singer was well-celebrated in the country. Hallyday was considered a legendary singer and musician. He is survived by his wife, Laeticia Hallyday, and his children, Jade Odette Desiree and Joy Hallyday.

Born as Laeticia Marie Christie Boudou on March 18, 1975, Laeticia Hallyday’s age is 42. She was born in a small French municipality called Beziers but did not grow up in France. Her father was a businessman who decided to move to the United States with the family.

Laeticia Hallyday went to a French school in Florida. And as she grew up, she realized her passion for fashion and design.

Hallyday began modeling as a teenager and then went on to work with some big names in the fashion industry. She walked in many fashion weeks and appeared in ad campaigns of luxury brands and designers.

At 21, Laeticia met and fell in love with France’s version of Elvis Presley, Johnny Hallyday. The couple got married in 1996.

Hallyday was a big name in the music industry and was known for his partying, women, and carefree lifestyle. His new young lady immediately caught the attention of the media, and she became one of the most well-known faces across the globe.

Laeticia Hallyday and Johnny Hallyday had become pregnant many times during their marriage, but she lost her babies.

“At the least test, I do not eat, I drink more. I can lose 5 pounds in a week. Anorexia is probably responsible for my infertility. I have been pregnant many times. I lost my last child at 4 and a half months of pregnancy. It was when we were going to welcome Jade. Nobody knew anything about it,” said Hallyday.

Hallyday was anorexic and depressed, and the child they adopted was a blessing. Controversies began surrounding the adoption process, as people claimed that President Jacques Chirac’s wife, Bernadette Chirac, pulled some strings to fast-track the 2004 adoption.

Also, others in France who were waiting a long time to adopt were questioning Johnny Hallyday’s lifestyle as they felt that he was unfit to become a father so soon in the adoption process. He had already married three times before and had children as well, and everybody knew he was close friends with the first family of France.

Laeticia Hallyday’s Instagram account is flooded with posts of her beautiful family. And, although many people thought that the marriage might not last, the couple stayed by each other’s side for 21 years. They have grown as parents, as a family, and as people since 1996.

But, Hallyday breathed his last breaths on December 6, 2017, after losing his battle with lung cancer.

“Johnny Hallyday has left us. I write these words without believing them. But yet, it’s true. My man is no longer with us,” said Hallyday’s wife.

Hallyday continued, “He left us tonight as he lived his whole life, with courage and dignity.”

A Loving Husband, A Loving Father

Love is all we need ❤️ #Fuckcancer [email protected]