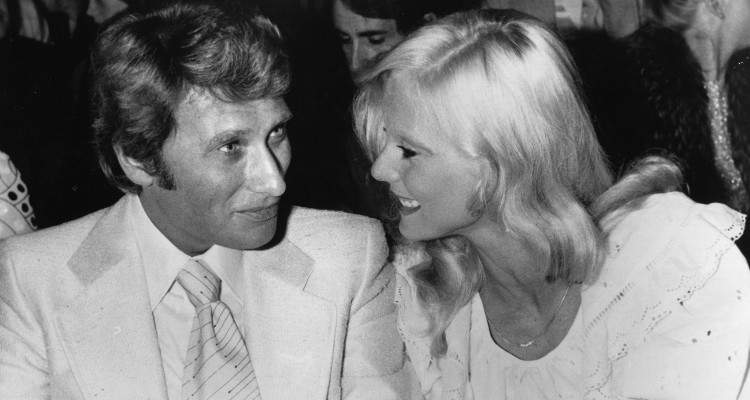 Johnny Hallyday passed away on December 6, 2017, after a long battle with cancer. During his lifetime, Hallyday sold 110 million records worldwide. He was also known for his many romantic escapades.

Hallyday was once married to another French music legend, the beautiful Sylvie Vartan. He married several times after their marriage ended and she moved on as well, but they were known as the “golden couple” of their time.

Get the scoop on the first Mrs. Hallyday right here.

Her Journey Began in Bulgaria

Born as Sylvie Georges Vartanian on August 15, 1944, in Iskrets, Bulgaria, Sylvie Vartan’s age is 73. Her father, Georges Vartanian, was born in France and had Bulgarian and Armenian roots. He was employed as an attache in the French embassy in Sofia.

Meanwhile, her mother, Ilona (née Mayer) hailed from a prominent Hungarian and Jewish background. She was the daughter of famed architect Rudolf Mayer.

Not long after Vartan was born, the Soviets occupied Bulgaria, and the Vartanian family home was nationalized. They had to relocate to Sofia where Sylvie realized her dream to perform.

Vartan said in an interview, “It was like any other little girl’s life in the city, nothing out of the ordinary.”

“But then something big happened. A friend of my father, a director, was making a movie about the war between Turkey and Bulgaria. He gave me a small part as a schoolgirl. I was very young but it had a lasting impression on me. It made me want to work in the entertainment industry. After that, I often dreamed of becoming an entertainer,” added Vartan.

The director in question was Dako Dakovski, who made Pod Igoto, a movie about Bulgarian rebels against the Ottoman occupation.

But soon afterward, Bulgaria was grappling with post-War difficulties, which forced the Vartanians to move to Paris. They moved into a hotel where her father found a job. Some financial problems forced the family to move into a one-bedroom residence for four years.

It was very difficult for the kids who didn’t speak French to adapt to school. Tired of being treated differently by her peers, Vartan spent two years learning French and worked extremely hard in school.

She Shared Her Brother’s Interest in Music

When their circumstances improved, the Vartanians, who shortened their name to Vartan, moved into an apartment and were neighbors of jazz critic, Frank Ténot. Thanks to Ténot, her brother Eddie Vartan, developed a love for music and became a talented trumpet player.

Eddie Vartan imparted his love for music to his teenage sister. Sylvie Vartan grew up listening to jazz and rock and was a fan of singers like Brenda Lee, Bill Haley, and Elvis Presley. She turned to rock music out of spite because of her very strict schooling.

Eddie Vartan gave up studying law to become a music producer. Through Ténot, he signed with a record company and met Frankie Jordan. The French rocker translated the duet “Out of Gas” into French but needed a female vocalist. So, Vartan got his sister to skip class and record “Panne d’essence” with Jordan.

Although she wasn’t credited, Sylvie Vartan appeared on TV for the first time through the song. Her dance earned her the nickname, “Twisting Schoolgirl.”

The record label wanted to sign this future superstar, but her parents wanted her to finish school. But after much convincing, Sylvia Vartan quit school and signed a solo record deal.

From Schoolgirl to Yé-Yé Diva

Paul Anka offered Vartan “I’m Watching You” in 1963, which became her first international hit. She became even more famous when she performed with rock heartthrob, Johnny Hallyday, whom she dated.

When Hallyday had to leave for military service, Vartan enlisted a pair of songwriters who wrote her hit, “Cette lettre-là.” She recorded more original tracks which went with videos that featured her dancing with her troupe. Her dance, elaborate choreography, and music soon made her popular worldwide.

It was during this time that Vartan was the most famous musician of the yé-yé pop music movement. She was one of the first rock girls in France. Before her, it was unheard of for French artists to sing and dance at the same time.

Sylvie Vartan first met Johnny Hallyday, an established artist and pioneer of rock ‘n’ roll, in France in 1961. Hallyday was instantly charmed by Vartan, not knowing that she was Eddie Vartan’s sister. Reportedly, Eddie Vartan introduced them to each other when Hallyday told him that he has a crush on her.

Sylvie Vartan initially rebuffed Hallyday’s advances, but they worked together often. They met again in 1962 at her second concert in Paris Olympia Hall. The duo toured together and eventually fell in love.

The couple hadn’t openly admitted their romance, but fans loved them together, even if Hallyday had to keep denying his other rumored romances. Their fans went into a frenzy even further when they nonchalantly announced their engagement in an interview together.

“When we talk about you, should we say friends Sylvie and Johnny, or something else?” when an interviewer asked about their rumored relationship.

To everyone’s surprise, not only did they confirm that they are more than friends but also that they were engaged!

The singing duo married in 1965 where their private wedding was invaded by paparazzi. Their son, David Hallyday, was born a year later. He followed his parents’ footsteps as a singer and songwriter and even wrote songs for his dad.

Their marriage had its ups and downs added to the constant media attention. They were the most-watched celebrity couple that had gripped France.

Eventually, Hallyday’s partying lifestyle led Vartan to divorce him in 1980. While he went on to find love several times after that, she married producer, Tony Scotti, and they adopted a Bulgarian girl named Darina.