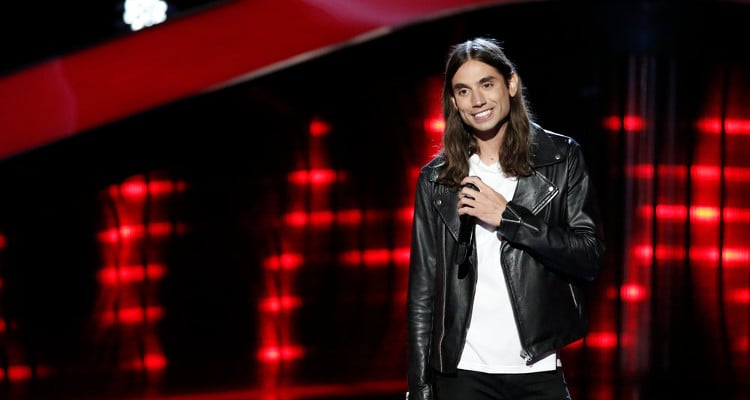 Johnny Gates and Sammie Zonana tackled Celine Dion’s “I Drove All Night” during the second night of Battle Rounds of The Voice season 12. Gates took the win over Zonana, making him Coach Gwen Stefani’s pick for the Knockout Rounds.

Team Gwen on The Voice is looking good! Gwen Stefani refuses to lose this season, and she’s pulling out all the stops. That includes bringing in iconic global music diva, Celine Dion to mentor her team and to pick the best of the best. Johnny Gates and Sammie Zanona faced off during the second night of the Battle Rounds and it was a close fight. With a heavy heart, Gwen said goodbye to Zanona. Gates is proving that he’s a frontrunner, already dubbed as the next Mick Jagger by none other than Blake Shelton. Find out more about this promising artist in Johnny Gates’ wiki.

Rhode Island Rep on The Voice

Sure, Rhode Island has had many contestants on The Voice, but none have established themselves as early frontrunners. After all, Gates has a knack of making decisions difficult for the coaches because he’s so good. He’s now a local celebrity back home.

Johnny Gates graduated from Bishop Hendricken High School in Warwick, Rhode Island and when he visited his Alma Mater after appearing on TV, he received a grand welcome. Needless to say, he’s made quite the name for himself back home!

We saw Gates’ parents, John and Maryanne Gates, grandmother Beverly Giorgio, brother Tony, and his sister-in-law during his Blind Audition. However, there’s no information available on his family, just yet. His parents said Johnny’s late grandfather, a pianist, was instrumental in developing his passion for music. We believe Gates will go very far in the competition and as it happens, we’ll learn more about his family.

last night was so incredible and it would have never been possible without this crew right here! and yo, my dads fist pump was wild. Rewatched it like 100 times! #teamjohnnygates #teamgwen @nbcthevoice

He was Asked to Join a Band Because of His Hair

Th 31-year-old doesn’t just have the voice of a rockstar —he looks like one too! Unlike most artists, he didn’t grow his hair for the musician look; his long tresses got him into music. According to his bio on the NBC web site, he was in his senior year of high school when a sophomore named Jamie Jarbeau invited him to join his band because he had “awesome hair.”

Gates took him up on his offer, and he officially became a part of Runaway Saints. Gates was the lead vocalist and guitarist, Jarbeau was on bass, and another sophomore, Matty Scanlon, was on drums. In 2008, they heard Taylor Swift’s debut single, “Tim Mcgraw” and thought her producer, Nathan Chapman may be interested in their kind of music. They reached out to him via email and got an audition.

The moved to Nashville, but didn’t find much success. After moving to LA a few years later (and hoping the music scene there would be a better fit for them), they landed a major gig as the opening act for Rod Stewart’s Midwest tour. The band also released an album that same year. Now that Gates is on The Voice, the band is on a break.

Though Johnny Gates and his band have been performing professionally for a while now, The Voice gives him a larger audience for his music to reach. Even though he’s been in the music industry for some time now, it is still too early to know Johnny Gates’ net worth.

The Next Mick Jagger

Years of performing experience has helped Gates go on a stage where nerves can get the better of most new artists. His performance of Rod Stewart’s classic rock anthem, “Maggie May” at the Blind Auditions got all four judges to turn their chairs.

Adam Levine had plenty of male rockers on his team, so he graciously bowed out (that’s very rare). But Blake Shelton, Alicia Keys, and Gwen Stefani fought hard for this rockstar. After all, who wouldn’t want to have someone evoking Mick Jagger on their team? Gates did, however, go with his garage-band counterpart, No Doubt front-woman, Gwen Stefani.

shoutout to the @thevoicewardrobe crew for hooking a brotha up with this look. i want my music to sound like that jacket! @nbcthevoice #teamgwen #teamjohnnygates

About his Voice debut, Gates told a Rhode Island news outlet, “As soon as Gwen turned around, I had this really calming feeling. I looked at my parents I could kind of see them. I thought I’m going to finish this out like a regular show.” Gates added, “It was cool, I got to hug Gwen, I got to talk to Alicia Keys, Blake said he was a fan. It was probably the greatest night of my life.”