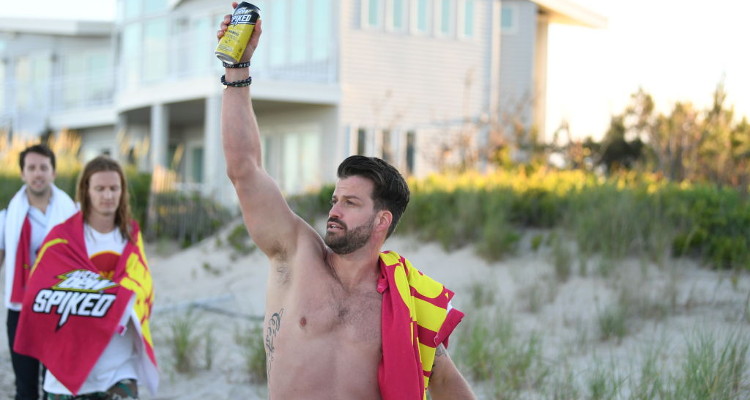 Read the latest news on Johnny Bananas, including his net worth, girlfriend, likes, and lifestyle choices. He has a penchant for doing challenges in the biggest and boldest ways possible in television history.

Does the name Johnny Bananas ring a bell? He is the man appearing on The Challenge for the umpteenth time now and has a huge fan following.

Johnny Bananas is gifted with a unique sense of humor. He is known for his love for sports, extreme challenges of all kinds, and pushing himself to the limits.

With so many seasons of multiple reality-based shows in his kitty, he has amassed a pretty decent amount of cash, too. Johnny Bananas’ net worth is reported to be around $250,000.

Keep reading to know all about him in Johnny Bananas’ wiki.

Who Is Johnny Bananas?

Johnny Bananas real name is Johnny Devenanzio, and he is a resident of Orange County, California. Born in 1982, Johnny Bananas’ age is 35 years old.

From a very early age, Johnny wanted to do things differently and took to chartering a course of life that many wanted but could not achieve. He participated in MTV’s Real World and quickly became known for his personality and “off-color sense of humor” as

Johnny Bananas earned the fruity moniker due to his intense love for the fruit. He loves having bananas and can never get tired of them he confesses on his website.

According to T.J. Lavin, the host of The Challenge since 2005, he has seen all types of contestants, but Johnny is the one who gets all the votes. He is known for being the most adaptable guy in the series, and the one who is up for any challenge.

Lavin said, “As far as The Challenge goes he’s the greatest ever, there’s no doubt about it. He adapts faster than anyone, he gets the game and plays it to the very line of the rules. They have to make Bananas rules just to make sure they covered all their bases because he’s so witty and smart about the game.”

Who Is Johnny Bananas’ Girlfriend?

Johnny Bananas’ ex-girlfriend was Hannah Teter, a snowboarding lover. Teter is a well-known athlete and has many awards to her credit. She is known for her intense workouts, and she constantly posts videos of her training and workout routines to inspire all her diehard fans.

Although speculation was rife of a possible reconciliation in the future when the pair broke up, as of now, there seems to be no spark at all from the two ex-lovers. Ever since their oh-so-public breakup, the two haven’t been spotted with each other and prefer to stay out of each other’s paths.

Johnny Bananas mentions on his website that he loves to do certain things and dreams of “campfires under the stars, exploring my world, accepting everything that comes my way, and fighting for what I believe in, even if it means fighting against the status quo. The freedom to walk where I want, to talk as I want, and to believe what I want. Being accepted without judgment… Beer, Music, and Faith that there is an afterlife. And if there is a heaven to not walk up to the pearly gates in the prime of life. [sic]”

Johnny Bananas loves food and lavish surroundings, and he is known to be fond of being a part of parties that go from dusk to dawn. He is known to be a person who loves his life and wants to be accepted the way he is.

Freedom is what Johnny Banana seeks in life. And, it seems that happiness and humor are two things he constantly strives for.