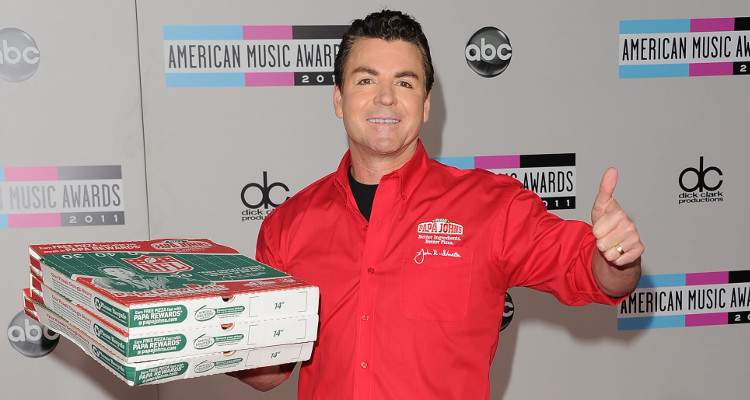 On Thursday, Papa John’s founder, John Schnatter announced his decision to step down as CEO of the company. He will be replaced by Papa John’s Chief Operating Officer, Steve Ritchie. His decision is supported by his family members, particularly his wife. If you want to know more about John Schnatter’s wife, then take a look at our Annette Schnatter wiki.

John Schnatter, Papa John’s founder and CEO, surprised everybody when he decided to step down from his position with the company on Thursday. He will be replaced by Steve Ritchie on January 1, 2018. Schnatter reportedly sparked controversy in November when he criticized the NFL’s leadership over the ongoing national anthem protests by players saying, “Leadership starts at the top, and this is an example of poor leadership.”

His statement received a ton of backlash, and later, Papa John’s released an apology, with Steve Ritchie saying that it is “the right time to make this change.”

However, the pizza mogul will remain with the company as chairman, and according to Papa John’s press release, Schnatter will continue to “pursue his personal passion for entrepreneurship, leadership development and education.”

Who Is Annette Schnatter?

According to sources, she was born Martha Annette Cox on February 11, 1960, which makes Annette Schnatter’s age 57.

Not much is known about Annette Schnatter’s childhood, as most of her personal life is not public knowledge.

The Schnatters tied the knot in 1987, which means the happy couple have been married for 30 years now. John and Annette Schnatter’s children are Kristine Schnatter, Danielle Schnatter, and Beau Schnatter.

Danielle Schnatter is married to Evan McWhirter, and the couple have an adorable son together. She used to work for Humana insurance, but later became an independent consultant at Arbonne International.

Their eldest daughter, Kristine Schnatter, attended the University of Louisville Law School. Their son, Beau Schnatter is currently in college.

In an interview, John Schnatter spoke about his wife saying that besides being a good franchise operator in the system, she is also, “the finest human being I’ve ever met.”

They Support Many Charities

The Schnatter family live a luxurious life. They are the proud owners of a limestone mansion, which was constructed after an Italian villa. The couple also own houses in Utah and a penthouse apartment in Naples, Florida.

John and Annette Schnatter are also known to support several charities, including the Louisville Zoo Foundation.