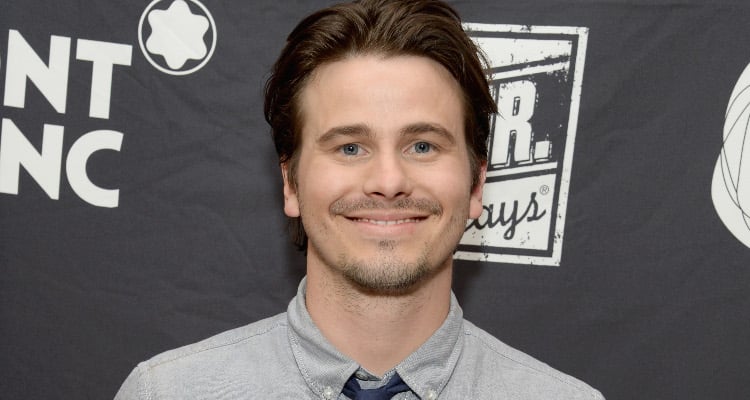 Jason Ritter is currently making waves on TV for his latest role in the new dramedy, Kevin (Probably) Saves the World. The show is about Kevin who is down on his luck and tasked by God with saving the world. Whether or not you watched the season premiere, you will definitely want to check out our Jason Ritter wiki.

The series premiere of Kevin (Probably) Saves the World was on October 3, and fans are already hooked! The show stars Jason Ritter, son of the late John Ritter, as the titular Kevin who is told by a messenger of God that he is tasked with saving the world. Despite the religious undertone, series creators say that the humor and Kevin’s quest to better himself are at the forefront of the show. Learn more about the Kevin (Probably) Saves the World star in our Jason Ritter wiki.

The Early Life of Jason Ritter

Born on February 17, 1980, in L.A. California, Jason Ritter’s age is 37, and he is grandson of musician, Tex Ritter. His family has been in showbiz for decades, and he went to Crossroads School for Arts and Science —the same place Simon Helberg from Big Bang Theory went. The two were also roommates at NYU.

Jason Ritter went to Tisch School of the Arts at NYU, and graduated after studying at the Atlantic Theater Company. The Royal Academy of Dramatic Art in London also lists Ritter as an alumnus, and his hard work shows in each of his performances.

John Ritter and his wife, Nancy Morgan, had three children: Carly, Jason, and Tyler. Both of their sons are actors, and Jason began his career with a role on Three’s Company. He also appeared alongside his father in Dreamer of Oz. John Ritter’s death in 2003 occurred after a misdiagnosed heart attack, leading to aortic dissection surgery at Providence St. Joseph Medical Center in Burbank.

Jason Ritter began acting alongside his father John Ritter, and soon had minor roles of his own. In 2003, he had his big break in the show Joan of Arcadia. He was then offered more roles in both film and television, including Oliver Stone’s W., which followed the life of George W. Bush. Ritter’s film credits also include Swimfan, Freddy vs. Jason, Raise Your Voice, and The Intervention to name a few. He had many more TV roles, most notably in Parenthood where he played Mark Cyr, which earned him an Emmy nomination.

Jason Ritter was reportedly in a relationship with Marianna Palka before he began dating Two and a Half Men star, Melanie Lynskey. It was also reported that he dated his former Joan of Arcadia co-star Amber Tamblyn, but the 34-year-old actress is now happily married to the fantastic David Cross.

NEXTFEST: Today at Sundance's NextFest is "Bitch", screening at 8pm at the glorious Theatre at the Ace Hotel @theatre_acedtla with live sets by pop-anarchists Sleigh Bells, and comedian-musician Kate Micucci (of Garfunkel and Oates fame). Now THAT is a line-up! #Repost @sundanceorg ・・・ Portraits of @bitchfilm director @mariannapalka and actors @jaime_king and Jason Ritter (all pictured here) at the 2017 Sundance Film Festival. Catch BITCH's LA premiere at #NEXTFEST, August 12 at @theatre_acedtla ▶️ sundance.org/nextfest (supported by @awd_directors) ⠀ ?: @sanchezzalba @sanchezzalba_sundance (with special thanks to PAPER @papermagazine for sending us to Park City!) ⠀ #mariannapalka #jamieking #jasonritter #bitchfilm #sundance

On February 16, 2017, it was announced that Melanie Lynskey and Jason Ritter got engaged. The couple began dating in 2015, and though they have not announced their wedding plans just yet, we are excited for them to finally tie the knot!

Lynskey was very candid about the proposal during an interview on Hollywood Today Live, saying that Ritter popped the question, while they were “on the sofa.”