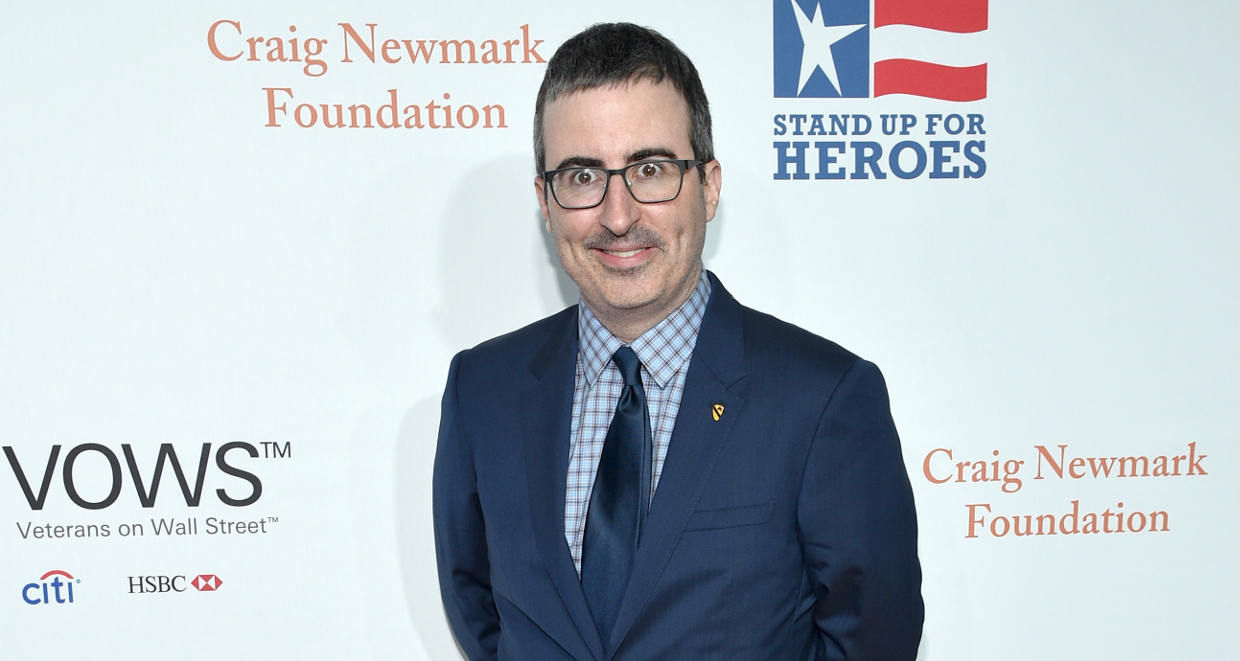 On May 6, 2018, Last Week Tonight host John Oliver said that he was “done” with the show forever. Many people believed him because he was so earnest about it! The reason was that he had apparently achieved his goal of getting a koala chlamydia ward named after him in Australia! So, how did this seemingly impossible event happen? We’ve got the hilarious details.

Viewers of the show, Last Week Tonight with John Oliver, were shocked and saddened when host John Oliver announced on Sunday, May 6, 2018, that he was “done” with the show and it was time to close up.

Oliver said this was because he had achieved his “one and only goal” of having a “koala chlamydia ward” named after him.

But how did this unlikely event happen? And is the John Oliver series over? Is John Oliver’s show ending for real?

Questions like these raced through the minds of the viewers as they realized that their beloved show might actually be over!

Last Week Tonight with John Oliver is an American late-night talk and news satire TV program hosted by John Oliver on HBO. It has been a favorite among fans for years.

The show is currently airing it’s fifth season and has proved to be quite popular with people who like their entertainment laced with humor and wit.

It’s a long story as to how Oliver’s wish came true. And he should be thankful to famous Hollywood star Russell Crowe for it.

Keep reading to learn exactly why!

The Man with the Big Heart

What happened is that Oliver bought several items from Russell Crowe’s recent divorce auction last month, including the jockstrap Crowe wore from the movie, Cinderella Man, for $7,000. (He also nabbed Crowe’s chair from American Gangster, his vest from Les Misérables, and a hood from Robin Hood.)

Oliver donated the jockstrap to the last remaining Blockbuster store in Anchorage, Alaska, in the hope that it would increase business for them.

Crowe was so moved by Oliver’s gesture that he decided to honor Oliver in a special way. He donated the money to the family of Steve Irvin at the Australia Zoo Wildlife Hospital.

In turn, the Irwins named the facility where koalas suffering from “chlamydia” were being treated as “The John Oliver Koala Chlamydia Ward.”

After all, Crowe and the Irwins are true blood Australians. And they have an enduring love for the super cute koalas of their home country.

Of course, upon hearing the news of “The John Oliver Koala Chlamydia Ward,” Oliver went nuts.

On the show, Oliver revealed that at the time his show started in April 2014, he had written his goal that one day there would be a koala chlamydia ward named after him. He was ecstatic that he had finally achieved his goal.

He said, “Back when this show started, I wrote down my one and only goal for it… a koala chlamydia ward. What I’m saying here is, we have accomplished everything we set out to do on this show, so we are f**king done here.”

Oliver then signaled the crew to pack it up, and they literally began taking down the set!

Even as audiences gaped incredulously, Oliver went on and packed a box of things from his desk. These included a plastic fish, a giant coffee mug, and a golden, winged sneaker.

He announced, “My work here is done,” and simply left the stage!

So, is this really the end of the show? Will viewers ever get to see John Oliver on Last Week Tonight again?

People began to scramble to find any information they could on confirmation as to whether Oliver was serious about leaving the show. Especially because his departure was so sincere and believable.

They really believed that they had seen the last of John Oliver!

Relax, everyone! Despite what Oliver said about being “done” and leaving the show, he is not going anywhere anytime soon.

You will be happy to know that he will be back on the show on May 13, 2018, to regale you with his wit and intelligence.

According to reports, the show has been renewed for three more seasons by HBO. It will be on air through 2020.

So, for all you worried fans out there, you do not need to worry! John Oliver will be back on May 13 and will stay with the show a lot longer!

To see the full clip of John Oliver “saying goodbye to the show,” check out the hilarious video below!