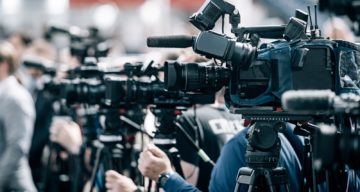 John Oakey has been Omaha’s top source of all the latest happenings on local and national platforms. Now, this inspiring veteran journalist is taking a step back from a three-decade-long career. John Oakey announced he is leaving KETV NewsWatch 7 in October 2022. The announcement naturally elicited responses from his followers. They want to know where he is going next, if this is retirement for the news anchor, and if they will see him on TV again. Find out what John Oakey said about leaving KETV here.

John Oakey grew up in Texas and attended Texas A&M University. He moved to Omaha, Nebraska, and has been part of the KETV NewsWatch 7 team since 1995.

He started out as a sports anchor and reporter before moving to the news desk. He has been the face Channel 7 viewers wake up to since 2001, when he began anchoring the morning show.

Oakey claimed the best part of his job was waking up at 2:00 a.m. for the morning show and getting off at noon to spend time with his family. But he’s now going to take more time for himself and his clan.

It is true! Time to sleep in.

The veteran anchor announced he is leaving KETV soon. His last day on the air will be October 14.

Oakey hasn’t spoken about retirement, nor has he hinted if he has a new job lined up. However, he did say he will spend more time with his wife and kids.

John Oakey married his high school sweetheart, Kristy. They are parents to six children, four of whom are fostered. John and Kristy Oakey often make time to spend with their kids.

There’s still time before Oakey signs off one last time from KETV. So keep following him on social media and  Channel 7 for further details.