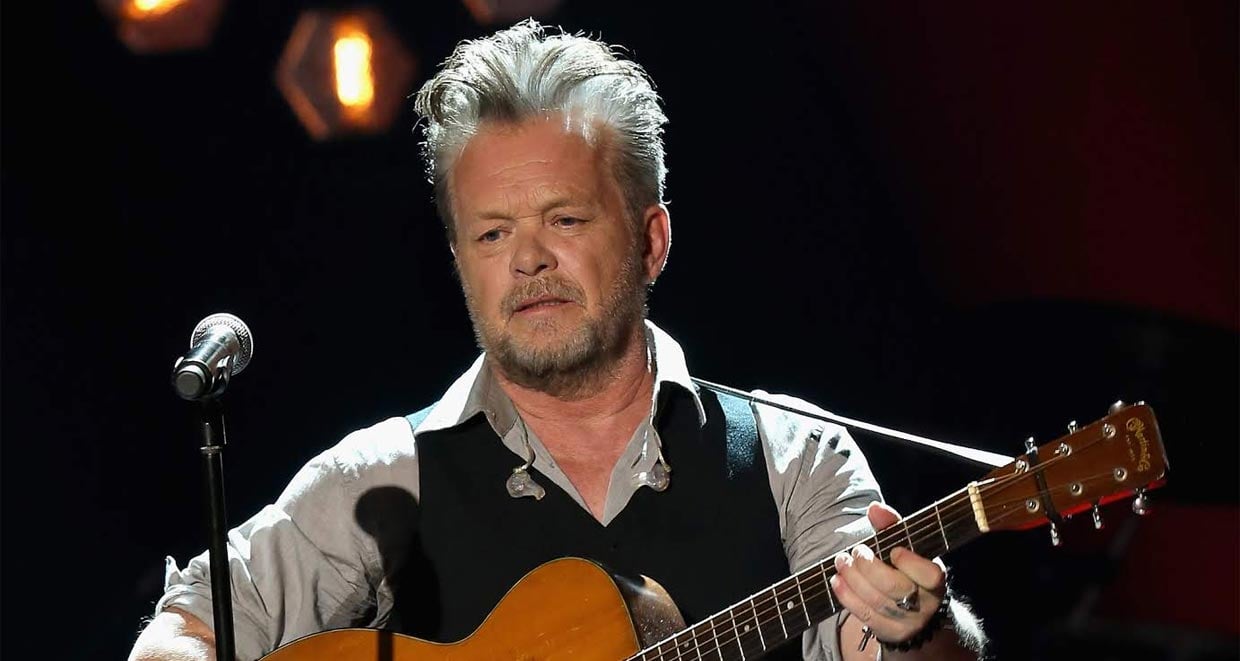 John Mellencamp, who was previously known as Johnny Cougar, John Cougar, and John Cougar Mellencamp, is an American musician. And now he’s famous as the dad of Teddi Mellencamp on The Real Housewives of Beverly Hills.

John Mellencamp’s songs include hits like “Hurts So Good,” “Pink Houses,” “Small Town,” “Paper in Fire,” and “Cherry Bomb.” With an uber-successful music career, it comes as no surprise that John Mellencamp’s net worth is estimated at $25.0 million.

John J. Mellencamp was born on October 7, 1951, in Seymour, Indiana. Before he was 12, he wasn’t aware that he was born with spina bifida. Although he received corrective surgery as an infant, doctors didn’t expect him to survive.

Mellencamp did survive though, and he embarked on an unrivaled music career.

He formed his first band, Crepe Soul when he was 14 and performed with several other bands like Trash, Snakepit Banana Barn, and Mason Brothers. After graduating from Vincennes University, Indiana, he earned a living playing with local bands and installing phones for Seymour.

At that time, Mellencamp decided to put his drug-filled days behind to pursue music. That landed him in New York City in search of his first record deal.

After 18 months of struggle, he signed his first record contract with MCA Records under MainMan Management, a company owned by iconic music manager, Tony DeFries.

Mellencamp was dropped by the label because DeFries didn’t want to release his 1977 follow-up album, The Kid Inside. (DeFries later released it in 1983 after he achieved commercial success.)

He then signed with Riva Records and moved to London, where he recorded his second album, A Biography. The album was never released in the U.S. It was the last album he released as Johnny Cougar, a stage name he never liked.

His follow-up album, Nothin’ Matters and What If It Did, doubled in record sales and earnings. It wasn’t true to Mellencamp’s style, and he wasn’t particularly fond of it.

Sure enough, he released his greatest album to date in 1982 called American Fool. It contained his greatest hit, “Jack and Diane,” which remained at No. 1 for four weeks among other charting singles.

The album sold over five million copies, earning $7.5 million in the U.S. Additionally, it earned an estimated $600,000 from record sales in Canada.

Path to the Top

Mellencamp had enough visibility by then to record songs under his new persona, John Cougar Mellencamp. The first album under this name, Uh-Huh(1983), spawned two top 10 singles, sold three million copies, and earned $4.5 million in sales in the U.S.

The 1985 album, Scarecrow, raked in $7.5 million with over five million copies sold in the US. It contained more of Mellencamp’s charting hits.

Mellencamp’s popularity hasn’t waned in his later career. He continues to sell millions of copies of his albums and performs sold-out concerts.

In 2017, he was ranked among the top-earning touring artists with over $2.4 million in ticket sales from October 11 to November 4.

Mellencamp’s Grammy for Best Male Rock Performer and 12 other Grammy nominations are evidence of his fame. He was also a recipient of The Woody Guthrie Award.

The musician was even inducted into the prestigious Rock and Roll Hall of Fame and will be the newest inductee into the Songwriters Hall of Fame in June 2018.

Mellencamp is more than just a musical artist. Raised by a mother who was a painter, he found another creative outlet in visual arts at the age of 10.

He has since enjoyed a side gig as an artist with acclaimed solo exhibitions. The price for Mellencamp’s artwork ranges from $2,500 to $40,000.

When it comes to living spaces, Mellencamp’s homes reflect his artistic aesthetic. His Bloomington, Indiana home, which he shared with second wife, Elaine Irwin, sold for $950,000 in 2015.

Among his most recent property purchases, he shelled out $1.5 million on a condo in Indiana’s Athletic Club.

Earlier this year, he bought a “live-work” space in New York’s SoHo neighborhood. The 1,800-square-foot home comes with a price tag of $2.3 million.

He also owns several buildings in Indiana and a recording studio in Nashville, Indiana.

The rock icon has married three times before his off-and-on relationship with Meg Ryan. His last marriage with model Elaine Irwin ended after 18 years.

Their divorce was finalized in 2011 after deciding the terms of settlement based on a prenuptial agreement. The distribution of the couple’s assets, maintenance, child support, and other terms were according to the prenup.

Irwin maintained primary physical custody of their two sons, Speck and Hud, and Mellencamp had to pay child support.

John Mellencamp’s tour, Sad Clowns & Hillbillies, is set to embark on its Canadian leg this September, amid speculation that he’s going to tie the knot with Meg Ryan.

Here’s how John Mellencamp’s net worth compares to other artists: