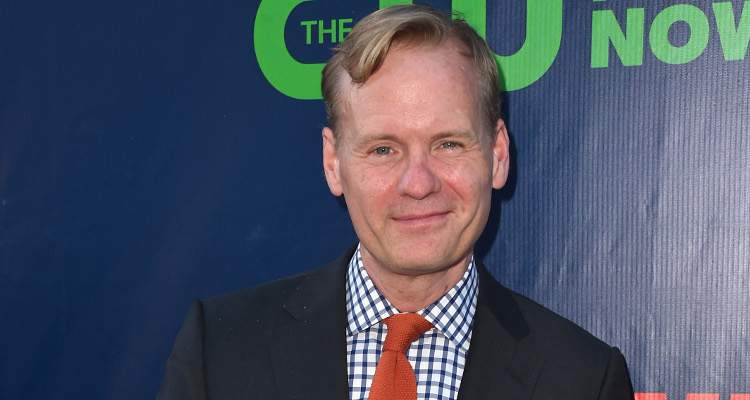 John Dickerson, the host of Face the Nation, signed off of the show for good last Sunday, CBS announced. The longtime host of one of the most popular political shows on TV will no longer be greeting viewers every Sunday. So, what happened to John Dickerson? Keep reading to find out more!

When John Dickerson joined CBS’ Face the Nation in 2015, he was already a seasoned political journalist who worked in prominent political reporting roles.

As host, Dickerson brought his in-depth knowledge of politics to the show, and Face the Nation viewers will miss his charming personality and intelligent reporting.

Why did John Dickerson leave Face the Nation? Who will replace John Dickerson? Here’s everything you need to know about the significant change at CBS.

He was born in Washington D.C and grew up in McLean, Virginia. His mother, Nancy Dickerson, was a journalist and worked for major television networks like CBS and NBC. She was CBS News’ first female correspondent.

Dickerson earned a degree in English from the University of Virginia before joining major news publications like Slate and TIME as a political correspondent.

He worked at TIME for 12 years. The last four years with the magazine were spent as the publication’s White House correspondent.

? POV: @petesouza. Check out yesterday’s interview with the photographer who captured historic and intimate moments of the Obama administration.

Before taking the show on full time, he was Face the Nation’s host three times in 2009, and was offered the position of political director of CBS News in November 2011. He also made guest appearances on several talk shows and podcasts.

Dickerson has an inimitable style of asking questions. Sources say his cleverly-phrased questions have stumped even President George Bush and Hillary Clinton’s staff!

Dickerson’s book, Whistlestop: My Favorite Stories from Presidential Campaign was published in August 2016.

His Face the Nation Journey

While at the show, Dickerson has shrewdly maneuvered some of the most controversial topics. During his first time hosting Face the Nation in July 2009, the topics were North Korea, Afghanistan, Iraq, and a prickly debate on healthcare reform!

In his final address as host of the show, Dickerson’s monologue was full of gratitude for all his colleagues and staff at CBS.

He said, “I have had the privilege for the last two and a half years of meeting you here for an hour each Sunday. What you don’t see are the other 167 hours in the week when all the people you don’t see are working to make our hour together go smoothly.”

He went on to applaud the production crew and other staff, saying, “They do all of this because they are committed… I am proud of what they do and proud to have been a part of doing it alongside them.”

"To all of you out there, thank you for your trust, your loyalty and your generosity…For "Face the Nation," I'm John Dickerson." @jdickerson signs off for the last time as full-time host.  Catch John this week on @CBSThisMorning: pic.twitter.com/3pglneeG9J

Why Did John Dickerson Leave Face the Nation?

Even though John Dickerson’s CBS Face the Nation stint has ended, he will continue to work with the network.

According to reports, Dickerson will take Charlie Rose’s place on CBS This Morning as a co-anchor with Gayle King and Norah O’Donnell.

In a statement, the president of CBS News David Rhodes said:

“Gayle and Norah continue to show tremendous leadership on our morning broadcast each day. Colleagues, newsmakers, and peers all appreciate the depth and context John Dickerson brings to every discussion of the day’s events —together with his co-hosts, he will project our best values on every broadcast.”

John Dickerson will move to New York for his new role. His replacement on Face the Nation has not yet been announced.