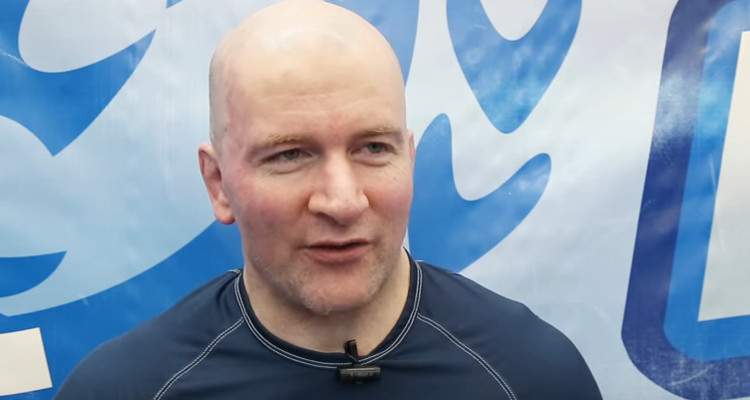 The Danaher Death Squad is a big name in the world of jiu-jitsu. Training under the infamous John Danaher, this elite group of athletes train in Manhattan, NY at the Renzo Gracie Academy. With their fierce leg lock system, they’ve managed to earn themselves quite a name by dominating the sub-only scene. Let’s find out more about their savage coach in this John Danaher wiki.

John Danaher is a BJJ black belt. Not only is he famous in his field of work, but is also praised by some of the famous personalities in combat sports, such as mixed martial arts guru Greg Jackson and jiu-jitsu legend Vinícius Draculino. He is appreciated and praised for his knowledge and impressive teaching capabilities. He is also known for his work with athletes such as Garry Tonon, George Saint Pierre, Eddie Cummings, and Gordon Ryan.

John Danaher was born in New Zealand. Contrary to what it seems like, he started grappling at the age of 28. Yes, that late! When he first started learning jiu-jitsu, he was studying philosophy at Columbia University, while also working part-time as a club bouncer. He weighed around 250 lbs at the time, and was only lifting weights in an attempt to stay fit.

As a bouncer, he noticed that many of his colleagues handled fights by making use of their grappling experience, and realized that the techniques were useful for personal safety, so he decided to take a class. A friend of his, who was already trained in jiu-jitsu, took him for his first class.

Danaher pushed through training sessions as he realized how valuable the sport was. Although he didn’t truly enjoy it, he decided to continue. Things turned around when he was invited to replace Ricardo Almeida and Matt Serra as coach. A purple belt at the time, he took it as a moral obligation to be the best possible coach ever. And did he succeed? Well, we all know the answer to that!

He went on to receive his black belt on April 2, 2002. Grappling became his only obsession. Renzo Gracie commented on his behavior saying, “He does jiu-jitsu every day; we can’t get him out of here. I think he would come in on Christmas if we would let him.”

THE THREE GREAT KEYS TO COMBAT: Of all the activities that humans can partake in, none is more chaotic and unpredictable than fighting. THE WHOLE PURPOSE OF MARTIAL ARTS IS TO USE KNOWLEDGE AND TRAINING TO CONTROL THE OUTCOME OF COMBAT – TO CONTROL CHAOS. The history of combat sports clearly show that there are definite limits in our ability to do this. IN A WORLD OF UNCERTAINTY THE BEST WE CAN DO IS TO STACK THE ODDS IN OUR FAVOR AS BEST WE CAN. When I coach, I constantly stress to my athletes the need to assert themselves in three critical aspects of combat sports that play a huge role in determining the probability of the outcome. The athlete who can control the DIRECTION of the fight, the PACE of a fight and control the SET UPS and precursors to the main moves used by both athletes will win the vast majority of the matches he or she enters. This a huge topic that cannot be addressed in an Instagram post, but I shall give a simplified example. Georges St-Pierre is a quintessential example of an athlete who career was built around the three general keys to combat. Mr St-Pierre almost always was able to immediately dictate the most basic direction of a fight. If he wanted it on the floor he could put it there at will with his double leg. If he wanted it to remain standing, he was notoriously difficult to take down and hold down. With regards pace, he was always capable of slowing a match on the fence and tiring a dangerous puncher there. He could always return to center octagon and increase speed and generate movement that would set up double legs in the open. With regards set ups, in standing position, he had a complete arsenal of feints, misdirections, jabs and linked Superman punches that enabled him to use his king weapon, the double leg. On the floor he had an elaborate collection of protocols and striking from guard that created pressure to set up his Queen weapon, strong striking allied to guard passing that led either to submission,TKO or a dominance that won the round. In the chaos of fighting, we can never fully determine the outcome, but devoting your time to the study of these three key aspects of combat will always give you your best chance

John Danaher’s Instagram photos give a clear idea of what jiu-jitsu is all about.

“I believe that for any jiu jitsu student, the most exciting time of development is that between white and purple belt. In this period, all the information is new and exciting, the learning curve is steep and the lessons profoundly life altering. I was blessed to be there at that time. This was during the early days of MMA, with the greatest revolution in the history of modern martial arts taking place all around us. We felt like witnesses to a new age, led by one of its leading forces. I cannot even reflect upon those memories without a broad smile coming to my face. The memories of school challenge matches (often involving young pre-UFC Matt Serra), brilliant visiting students and the sheer variety of people who were drawn to the school from all walks of life, cops, criminals, doctors, lawyers, international financiers, garbage men, drunks, geniuses, ninjas(yes- ninjas)strippers, athletes, slobs, priests, sinners – all united by only a single strand – their desire to learn the kingly art of jiu jitsu. [sic]”

We can clearly see his love for jiu-jitsu. No wonder he’s gotten this far! Maybe, that’s what success is all about: Loving what you do.