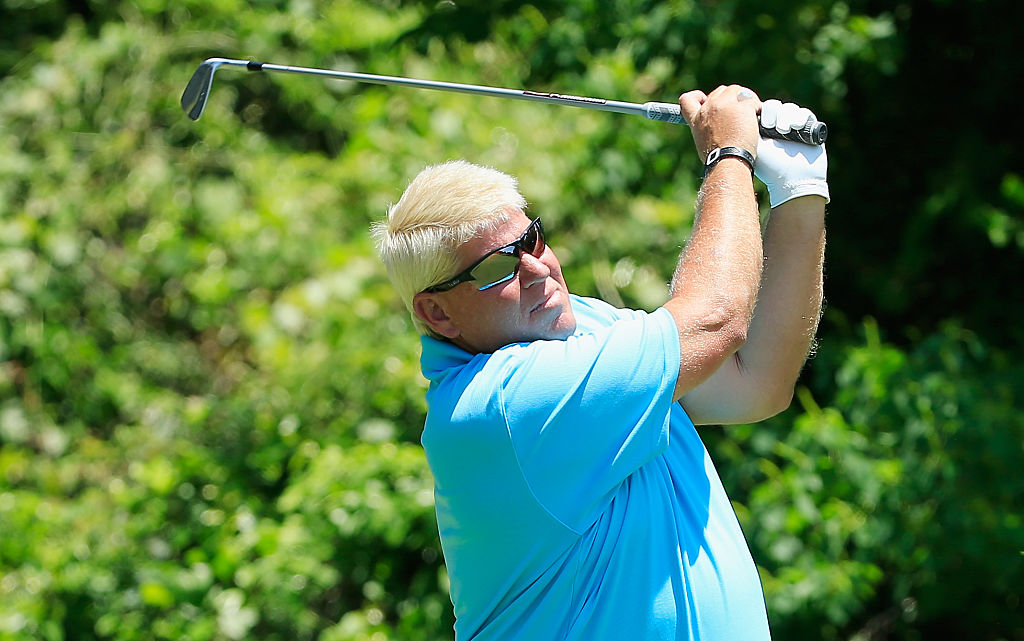 It’s starting to feel like 2004 again, which is the last time pro golfer John Daly won his first PGA event. How much did John Daly win today? It’s taboo to talk about money but what the hell, that’s never stopped us before! So, if you want to know more about the pro golfer’s winnings, then get your John Daly highlights right here with our John Daly wiki.

John Patrick Daly, 51, was born on April 28, 1966 in Carmichael, California. He is known for his driving distance (earning him the nickname “Long John”) on the golf course, and his “non-country club” attire. When he was a child, he moved from California with his family to Arkansas. He attended the University of Arkansas, but left before earning his degree.

John Daly’s net worth is estimated at $20.0 million and after John Daly’s win at the PGA Tour, he’s richer by $322,500! Why is John Daly using a golf cart? How else do you play? He’s known for being different—he was wearing pants in the pattern of the American flag, after all! And in case you were wondering: No, that’s not proper golf attire, but he’s John Daly, he does what he wants! Golf is a boring sport and we mean that in the nicest way possible, so if there’s something Daly can do to grab our attention other than another Tiger Woods scandal, then we are open to it!

“Now I can say I’m a champion on the Champions Tour, which is really cool,” Daly added. “Hopefully I can keep this confidence going.”

Daly hasn’t had a PGA victory in 13 years and somewhat fell into obscurity after his last win.

What’s an athlete without a special clothing line? The American brand called Loudmouth, was created by Scott ‘Woody” Woodworth in 2000 and it’s Daly’s go-to brand of pants on the golf course. It’s his signature attire that helps him stand out and play as loudly as he can. He’s one of the company’s best advertisers and he has more than enough pairs for everyday of the week!

Yes, he plays music, too! Daly’s first album, My Life was released in 2002 and he dropped his second album, I Only Know One Way in 2010. No one ever imagines a pro golfer transitioning into music, but Daly did it. From drinking to gambling, Daly sang about the many truths in his life and his many experiences, as all musicians do. His song called “Mr. Fan” was about how golf wasn’t what it used to be in Daly’s earlier years.

“I’m doing the best I can, Got my eye on the fairway, driver in my hand.
Gonna grip it and rip it, it’s what you want me to do.
Wish I could change things, my eyes swell up with tears.
I haven’t seen my name on top of the leader board in years.”

Congratulations John Daly, a man who has proven you’re never to old for a victory.