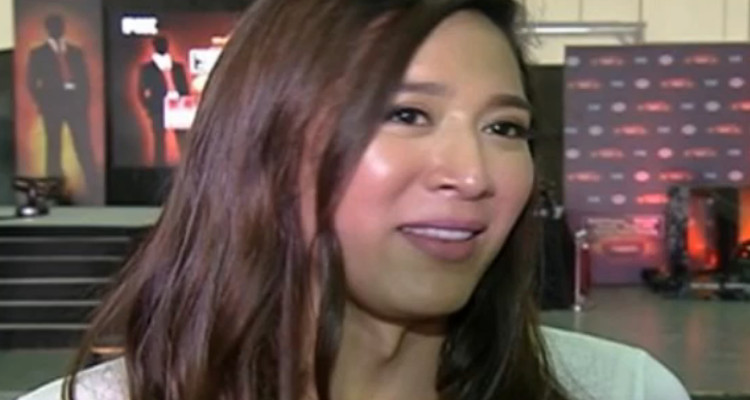 Ian King knew from childhood that he was different. When he used to wear his maid’s clothes, he realized that he felt like a woman. He kept this a secret from everybody but his wife, Joey Mead. They talked about it, and finally, Ian outed himself in July 2016 as a “trans woman.” Today, Ian is Angelina Mead King and her relationship with Joey is stronger than ever.

It took him a lot of courage, but Ian King finally did it. After years of hiding the fact that he actually felt like a woman inside, King decided that he couldn’t continue like this any more. His wife, Joey Mead, was his best friend and confidante with whom he talked about his feelings. King had told Joey at the very onset of their relationship that he liked wearing women’s clothes and felt like a woman. Joey was fine with that, and they got married, and the relationship flourished. However, in the last few years, King found himself living a lie, when the outside world still thought of him as a man and he had to go along with it. After much soul-searching and gathering up his courage, King came “out” in front of everybody and let them know through an Instagram post on July 2, 2016, that he was a trans woman. From now on he would be known as Angelina Mead King.

The best part about this revelation has been the close bond that still exists between Joey Mead and Angelina Mead King. Angelina, who likes to be called by her nickname “Angie,” says “[Joey and I] had really serious arguments about everything,  the biggest fear was being badgered by society. We were scared that the trolls of society would attack. They probably still will, but there’s so much love and support, and that’s the cool part.” This understanding between Joey and Angie didn’t come easy, but they had to work on it. Angie says “Joey has had her struggles, we had struggles, but we never separated over it. We have been working through it. I have a counselor; she has a counselor, we talk to a lot of friends, family.”

Working on the Marriage

Before King came out as Angie, he used to be a car enthusiast. When he announced to the world that he was now Angie there were a lot of offers from the media asking him to speak to them. However, Angie and Joey decided to keep silent as they did not want to be exploited. In June 2017, both Angie and Joey appeared on a TV special titled The Kings, where they spoke of their personal life with a special focus on Angie’s journey from Ian King to Angie. Joey says that it was very hard for her to accept the new situation in her marriage, but that she wanted to make it work. She wanted to be with Angie because she loved her and wanted to continue staying married no matter what society thought of them.

The Family Support was Empowering

Angie was very concerned about acceptance from her family’s side, especially by her son. Thankfully, her son and entire family supported her and stood by her side while she made this painful, confusing, and difficult transition. It helped that her family is incredibly wealthy as they own the motel chain, Victoria Court. The flip side was facing so many people after coming out as “Angie.” Initially, she was scared of facing everyone, but her family (and most importantly Joey) was with her. Now, with the fear of coming “out” behind her, Angie is much more at peace with herself. She says “I can’t believe this is happening like this.”

Angie’s Instagram account shows that while she has changed, her liking for fast cars has not. It is full of pictures of racing cars, Angie posing next to her car, and plenty of her holding up her trophies. It seems she has come a long way and continues to grow. There was one point Angie was so frustrated that she was throwing plates against the wall, but since then, things have gotten better and Angie is now at peace in her life. The most important thing for Angie is that she and Joey are together. In these troubled times, Angie couldn’t ask for a better anchor.