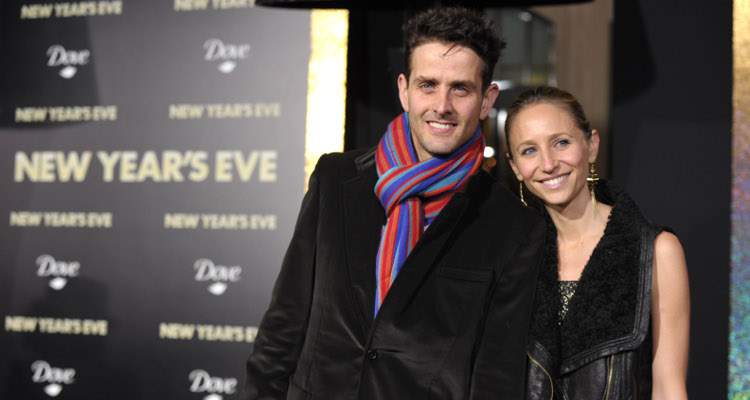 #1. She Worked in Real Estate

In fact, that’s how they met! In August 2002, the NKOTB singer walked into Barrett Williams’ office. At that time, he was just her very first client. She admitted she didn’t recognize him and didn’t get why her office was abuzz with excitement at his arrival. She even resorted to looking him up on the Internet to find out.

Months later, she found him a great house at 809 Nowita Place in Venice, California. He rented the place and fell in love.“It was the biggest life-changing moment I have ever experienced,” he said.

On August 9, 2003, they tied the knot in New York’s Plaza Hotel. He chose to adorn the numbers, 8.09 in tiny diamonds on his wedding band in memory of August 8, the day he met Williams and the address of the house.

#2 They Put on a Wedding Show

Williams and McIntyre’s nuptials were attended by a small party of 16. Their inter-faith service officiated by both a rabbi and a priest. She had two dress changes, including a strapless ivory silk gown by Carolina Herrera, while the heartthrob donned a black Gucci tux.

Ms. Barrett is my first guest on #TheMove ? I learned a lot!! And enjoyed the therapy of #TheMovePodcast ep. 2, available tomorrow/Tuesday.

From there, it was all fun and games as the newlyweds entered the dining hall to Madonna’s “Like a Virgin.” They mimed and lip-synced the song much to the entertainment of their 230 guests. Among the guests were McIntyre’s fellow New Kids, Jordan and Jonathan Knight, and his family, including his eight older siblings and parents.

Barrett’s friend, fashion designer Emme, gushed about the couple at their wedding. “I was like, ‘That’s her!’” she said about their funny performance and Williams’ sense of humor adding, “Barrett is such a special, warm young person.” After their wedding, the McIntyres flew to Nevis and St. Martin for their honeymoon.

#3. She Inspired His Album

It may sound cheesy but falling in love really did help McIntyre musically. As he put it, “I’ve been in love before, but when I met Barrett, I told Eman, ‘this is different.’ We started that one right then and there. When you are really ready to give your heart over to someone, it can bring you to your knees, but it also makes for some great songs.”

A year after their marriage, he released his fourth solo album, 8:09, a title dedicated to the couple’s lucky numbers. He knew right then that she was the one he’d marry. But how? “Barrett’s smart and has a great sense of humor,” he said adding, “I had to find someone smarter than me, funnier than me and crazier than me, and I found her.”

Finally got back to #GloucesterMass and brought the little lady. Such a nice time- walked around the harbor (hahbah), took some pix with some fans ? and had to end the trip with a stop at #NicholsCandies ??

In November 2007, there was a new kid on the McIntyre block when Williams gave birth to their son, Griffin Thomas. When Griffin was two, their second child, Rhys was born. They welcomed a daughter, Kira in May 2011.

The parents found out their three-month-old son couldn’t hear, two days before Christmas. The infant had failed a routine hearing test at the hospital when he was born. Extensive follow-up tests at UCLA revealed he had severe hearing loss.

Though shocked, Williams and McIntyre were confident of getting through it. “It feels like you’re holding your breath,” said McIntyre. “And that feeling lasted for a few days, until you get educated. You go from, ‘Oh my God’ — fearing that someday my son might be walking into the street and I’m calling after him and he’s not going to hear me — to ‘It’s going to be okay’ to ‘It’s going to be amazing.’ Rhys’ hearing loss is part of who he is. His life is going to be as special as Griffin’s. There’s just work involved,” added McIntyre.

The family signed up for speech therapy and got hearing aids fitted for Rhys. “You put his hearing aids in, and his little eyes just widen,” said Rhys’ verbal therapist. McIntyre even works to spread awareness about hearing loss and recorded a PSA to encourage parents to get their children’s hearing tested early on.

Barrett Williams is not very active on social media. She recently joined Twitter but her account is private. But she is featured on her husband’s Instagram. Nevertheless, fans got to see the mother-of-three steal the spotlight from her husband in his new show, Return of the Mac that premiered in 2017.

The scripted comedy series that aired on Pop back in April featured McIntyre, his wife, and their kids. The story is inspired by his foray into acting after the disbandment of NKOTB in the ‘90s. McIntyre plays a version of himself struggling to become an actor on a show, but instead ends up hosting a late-night talk show.

While his kids enjoyed their time in front of the camera, he was on the fence about casting his wife. “I wanted to do a scripted show, but [with] the reality aspect of today’s entertainment world, I thought that was a good mix,” McIntyre explained. “I went back and forth … which is weird, because first of all you’re asking your wife to really help you out and then you’re like, ‘Well, I’m not so sure.’ I was a schmuck there for a while,” he added.

In the end, he had nothing to worry about, after all. “She was great. The more we went along with the series I just realized how good she is.”

Barrett’s character on the show is relaunching her career as a Hollywood stylist. How did her first acting experience go? “It was a whole new experience for me and really fun to share it together,” said Mrs. McIntyre adding, “It was definitely a learning curve — in the beginning it was like, ‘Oh, I have to know where the camera is!’ But it was fun and I just tried to keep it simple and enjoy it.”

This ain't right, man!! *ChrisTucker voice… Hard to be friends with Gilles ? #ReturnoftheMac — tonight y'all!!