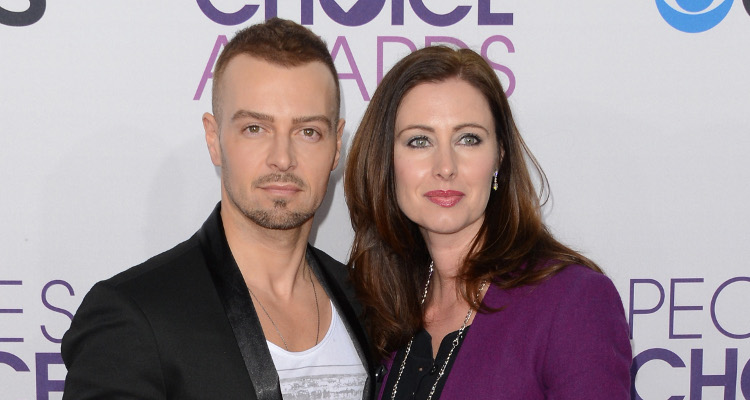 Famous for his role as Joey Russo in Blossom, Joey Lawrence has been married to his second wife for almost 12 years now. If you want to know more about Joey Lawrence’s wife, then take a look at our Chandie Yawn-Nelson wiki.

Joey Lawrence is a singer, actor, and a game show host, who made a name for himself over 30 years ago with the shows Gimme a Break!, Blossom, and Brotherly Love, which Lawrence starred in with his two younger brothers, Andrew and Matthew. He made his first appearance at the age of five on The Tonight Show Starring Johnny Carson.

A lot is known about Lawrence’s professional life, but what about his personal life? Who is Joey Lawrence’s wife? Keep reading as we reveal details about the actor’s beautiful wife.

Chandie Yawn-Nelson’s age will be 42 this year, but there are no details about her exact birthday. She reportedly graduated from Auburn University in Alabama, after which she worked for InterCall, one of the biggest service providers in the world in terms of collaboration and conference services. Most of Yawn-Nelson’s family live in Florida and Georgia.

Lawrence and Yawn-Nelson met when they were teenagers while on vacation at Disney World in 1993, and had an ice cream date. The way Lawrence puts it, he “played the field” for awhile, getting married to Michelle Vella in 2002 and divorcing her in 2004, before finally rekindling his romance with Yawn-Nelson.

Talking about how he proposed to her, the actor said, “Basically, the proposal was after I found her again and we got back together. We were driving in a car. We hadn’t seen each other in four and a half years and I flew into San Antonio to meet her, to see if the feelings were still there, and they were. When we were sitting in the car, literally, I didn’t even plan it, so it’s not some magical moment but to us it was. We looked at each other in the car, and she started crying. I said, ‘Let’s just do this,’ and she said, ‘OK.’ We set a date, and a year later we got married.”

The adorable couple walked down the aisle in July 2005. Lawrence and Nelson have two beautiful daughters: Liberty Grace Lawrence and Charleston “Charli” Lawrence.

As not much is known about Joey Lawrence’s wife’s personal life, it is difficult to determine Yawn-Nelson’s net worth, and details about her job are unknown at this time. However, her husband’s net worth is $6.0 million, and is mainly attributed to his well-established career as an actor. With two upcoming projects, there are chances that his net worth will increase.

Unlike her husband, Chandie Yan-Nelson cannot be found on any social media sites, so there is no way to give her a follow and see what she is up to.