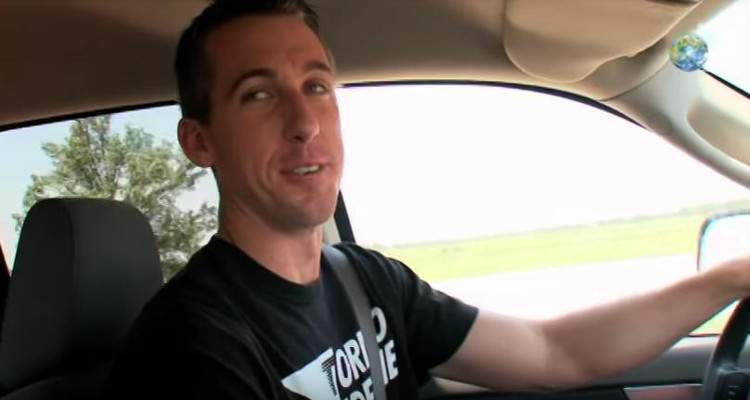 Joel Taylor, a famous meteorologist who became popular on the Discovery Channel show, Storm Chasers, has passed away. With his passing, many are curious to learn more about him and the details surrounding Joel Taylor’s death. Find out about this inspiring personality, right here in our informative Joel Taylor wiki.

The weather community is overcome with grief after the loss of one of their famous personalities. Joel Taylor, a storm chaser and meteorologist, was known for pursuing storms on Discovery Channel’s, Storm Chasers.

Since the news of Joel Taylor’s death broke, those who grew up watching him are devastated.

Joel Taylor grew up in the heart of the U.S.’ Tornado Alley—the cluster of states that frequently experience severe weather. Growing up with a “front-row seat” to tornadoes and storms, he was fascinated by the climate.

Driven by his passion, Taylor attended the University of Oklahoma to study meteorology. There, he met a fellow storm enthusiast and meteorology Ph.D. candidate, Reed Timmer, who later became the star of Storm Chasers.

Timmer and Taylor followed and intercepted several tornadoes, and their extensive research saved many lives.

Shocked to hear this morning of the passing of Joel Taylor, aged 38. A storm-chasing legend that many of us in the weather community respected for tornado research which led to so many lives saved. Enjoyed watching his chases on Discovery with @ReedTimmerAccu RIP Joel ?️ pic.twitter.com/MowZr2pFVI

Driving Through the Storm

Taylor was one of the many storm chasers on the hit Discovery show, which was helmed by filmmaker Sean Casey and atmospheric scientist Dr. Joshua Wurman. The teams on the show had their own vehicles and equipment to go after tornadoes.

I was lucky enough to meet Joel a few years ago at Reed’s wedding. He was so kind to me and we got to hang out for a bit during those few days. I snapped this photo of him and that just seemed like who he was. A huge smile. RIP Joel Taylor…you will be so missed. pic.twitter.com/mZI5eHzhKG

Taylor was the designated driver of the SRV Dominator, an armored storm research vehicle. He was familiar with the back roads of the Great Plains, well enough to navigate the team as they went chasing after storms.

The chaser community lost another brother today. Joel Taylor from the shower Storm Chasers and driver of the Dominator has passed away. He was well respected and loved by many. Rest in peace, Joel. You will be missed by us all. pic.twitter.com/f4V76kMvO4

Reed Timmer and Joel Taylor’s partnership was the stuff of legends. But Team Dominator’s dynamics soured when Timmer decided to expand his research. Taylor wasn’t interested in the new course of their research at that time.

An upset Timmer questioned Taylor’s dedication to Team Dominator, which led Taylor to quit storm chasing altogether. He had a brief career in real estate after parting ways with Timmer.

An entire generation of meteorologists and storm chasers grew up on and were inspired by the actions of Joel Taylor. May his spirit carry on in them and may he rest in peace.

But when a new season of Storm Chasers was underway, the storm had passed for these buddies! They reconnected, and Taylor was ready to go after tornadoes with Team Dominator again.

Although tensions between Timmer and Taylor still prevailed, they remained tight until the show ended in 2012.

Timmer officially broke the news about Taylor’s death on Twitter. Taylor was 38, and the cause of his death is not disclosed at this time.

Joel Taylor was last active on Facebook on January 15, 2018. It’s not known who he is survived by.

RIP my best friend and storm chasing partner, Joel Taylor. I am shocked and absolutely devastated by the loss of my incredible, caring friend. We chased so many intense storms, and I wish we could have just one more storm chase. I'll miss you forever, Joel. We lost a legend pic.twitter.com/htN45t8wik