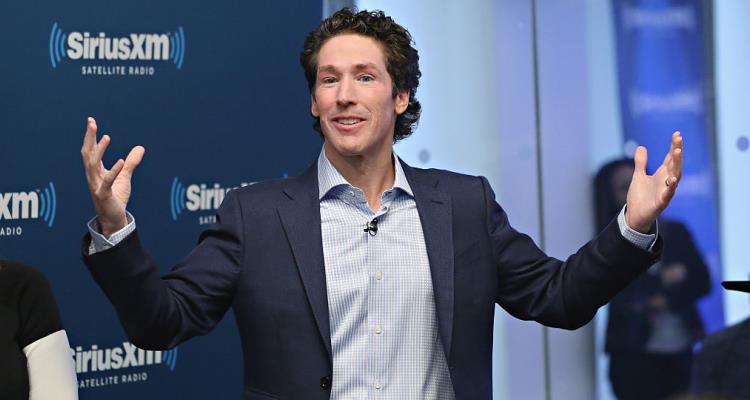 Did Joel Osteen close his church to flood victims? That’s what critics have said. And now, Joel Osteen’s wife is also under fire after their church doors were closed to the public during Hurricane Harvey. For more details on the famous preacher, have a look at our Joel Osteen wiki.

Who is Joel Osteen?

Joel Osteen, 54, is a famous pastor born on March 5, 1963 in Houston, Texas to John and Dodie Osteen. Lakewood Church, a megachurch in Houston, was founded by Joel’s late father in the 1950s and started out as a “little feed store.”

“Dad had been Southern Baptist,” said Joel in The Guardian. “But that was before I was born. He left to start Lakewood, partly because he didn’t like all these denominations keeping people apart. We were in that remodelled store until I was nine or 10 years old. It held about 150 people, but we started with 90. I didn’t realize it was that small. There was a centre aisle and a pew on one side and a pew on the other. So it had 20 rows or something. I just remember going there as a boy and sitting in the front row, listening to my dad. That’s where I grew up.”

Joel married his wife, Victoria, in 1987. They now have two children together and live in Houston.

He Never Planned to Preach

Joel is a college drop out and never planned on being one of the most influential pastors in the country.

“I didn’t want to,” he said. “But I just felt inside that I was supposed to. So I spoke that Sunday for the first time. And… that next Friday is when he died. We didn’t think he was going to die. But… you know, when I put that together I knew it wasn’t a coincidence that I spoke the last Sunday of his life. And then a couple of days after he died I felt that same feeling – that I was supposed to pastor the church. And so I just started.”

His Church Has a Diverse Crowd

Eventually, Joel had to move the congregation from “the little feed store that could” to the multi-million dollar place of worship that it is today.

“I think now the spirit of the congregation itself is welcoming. It’s not only very diverse racially but also socioeconomically. There’s some very poor people and some very wealthy people, but I think… One thing about my parents and what we try to do as well… we try to… it’s not about… We try to never even think about the race and… I don’t know.”

Joel’s net worth is estimated to range between $40.0-$56.0 million and it’s not because of the collection plate offerings. It mostly stems from his many books, which have afforded him a home worth $10.5 million. And don’t expect him to take a vow of poverty or to apologize for his wealth. In an interview with Oprah Winfrey, Joel explained that he doesn’t apologize for being rich, despite his job.

“I really don’t, Oprah. We just feel like this is God’s blessings. You know, we’re big givers, we live what we preach, we’ve given millions of dollars. And I don’t think there’s anything wrong with having a nice place to live and being blessed,” he told her.

Did Joel Osteen refuse to open his church recently during one of the most horrific natural disasters? Many criticized the Osteen’s for their wealth and their “open hearts but closed doors” mentality after Hurricane Harvey struck. One commenter on Twitter said she went to the church only to find it in good condition, but it was later mentioned that the inside wasn’t suitable.

“We have never closed our doors. We will continue to be a distribution center for those in need,” church spokesman and Osteen’s father-in-law, Donald Iloff said.

“We are prepared to shelter people once the cities and county shelters reach capacity. Lakewood will be a value to the community in the aftermath of this storm in helping our fellow citizens rebuild their lives.”

Joel Osteen’s church has a capacity of 16,000 people and is working as a donation drop-off and shelter as of Tuesday afternoon. they may not have closed their doors to people in their time of need, but many feel it didn’t look good having it closed during this pivotal time.