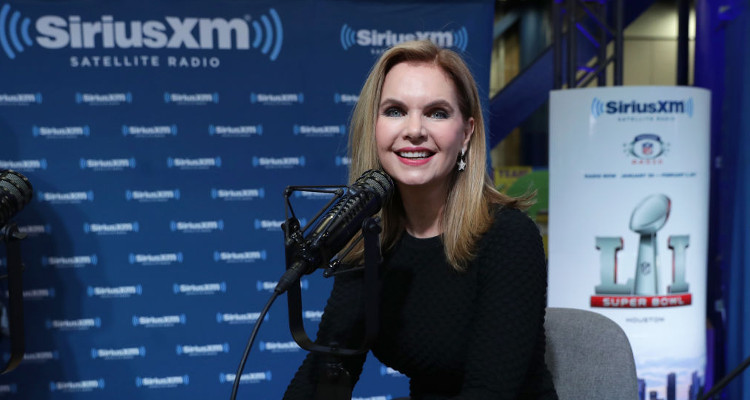 Victoria Osteen is the co-pastor of Lakewood Church in Houston, Texas, and her service is watched by millions of people all over the world. She wrote several books that have adorned bestseller lists everywhere. But lately, she seems to be in the news for all the wrong reasons. Mostly, people are wondering why, during Hurrican Harvey, would the Lakewood Church close its doors to those who might need refuge from the storm. Learn more about Joel Osteen’s wife and more on this story, right here.

When you are a televangelist with millions of viewers and whose books sell millions of copies, you have to be careful about everything you do. One wrong step and you can upset people and create a massive controversy. Dubbed “The First Couple of Televangelism,” Joel Osteen and Victoria Osteen are constantly in the public eye, especially with a congregation in a church that holds up to 16,000 people! They were recently at their son Jonathan’s graduation from the University of Texas at Austin, Texas in May 2017, when they made a “Hook ‘em Horns” hand sign when posing for a picture. Even though it was a harmless gesture, it drew criticism from many people across the world. Some even believe it is a sign of the devil! The sign has different meanings in other cultures, and the backlash against the Osteens was unexpected and strong. People are curious to know more about Joel Osteen’s wife, so we have some details from her wiki.

Born on March 28, 1961, in Huntsville, Alabama to a mathematician father and jewelry businesswoman mother, Victoria Osteen’s age is 56. She moved to Houston, Texas, with her family at the age of two when her father joined NASA. She grew up in a southern suburb of Houston near what is now known as the Johnson Space Center. While growing up, Osteen attended the conservative Church of Christ with her parents. She attended (but did not graduate) University of Houston, where she studied psychology while also working for her mother’s jewelry business. It was just another normal day when she met her future husband, who came to the store in 1985 to buy a new watch battery. They later got married and have been together ever since.

Osteen is the co-pastor of Lakewood Church in Houston, Texas, and an author. She founded the Lakewood Church Women’s Ministry in 2003, and her service can be seen as a one-hour program that is broadcast on Daystar Television Network and through a live feed. Osteen speaks on a Houston radio station, 89.3 KSBJ, and supports charitable organizations like Feed the Children and The Bridge, a shelter for battered women. In October 2008, Osteen released her first book, Love Your Life: Living Happy, Healthy and Whole that went on to be featured on several bestseller lists. She has also written a few children books.

Going Under the Knife

With both Victoria and Joel Osteen making huge financial gains with books and church services, it’s no surprise that they live in a palatial home. Joel and Victoria Osteen’s house has six bedrooms, six bathrooms, three elevators, five fireplaces, a guest house, and a pool house. And with all that money, it’s no surprise that Victoria Osteen has been accused of resorting to plastic surgery to maintain her youthful appearance. People do not want to believe that Victoria Osteen’s skin care routine is the secret to her youthful skin, so many assume she must have had some plastic surgery. They point out Osteen’s youthful appearance at 56 as evidence that she went under the knife. Again, accused; not confirmed.

Don’t allow your condition in life to change your position of faith. Jesus sees you; He is calling you forward today. You are the seed of Abraham and a joint heir with Christ. The enemy will try to keep you down and defeated, but you have all authority to stand in the promises of God! Amen

Victoria Osteen was also in trouble with the law once upon a time. In December 2005, a flight attendant named Sharon Brown accused her of assault before a flight from Houston to Vail, Colorado. Osteen had to pay a fine of $3,000 for “interfering with a crew member” and had to get off the flight as a result. She and the flight attendant later met in court when Brown filed a civil suit against Osteen seeking $405,000 in damages and an apology. The court sided with Osteen, who did not have to pay. These incidents have tainted the reputation of the couple who otherwise are very popular among their followers.