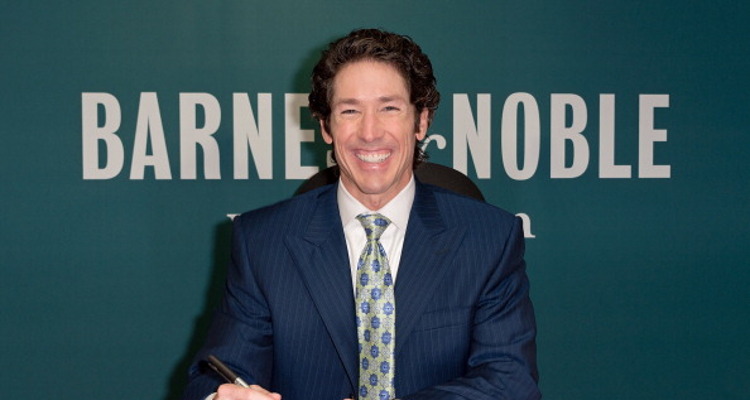 Pastor Joel Osteen opened his church doors to flood victims and anyone in need of help. The Lakewood Church was closed until now, citing that once local shelters reached capacity they would take people in. This was met with plenty of social media backlash. According to Osteen, the doors were never closed and they are always ready to help. Find out how Joel Osteen’s net worth of over $40.0 million was made, along with more details about his wife, kids, and books.

Joel Osteen’s Lakewood Church opened its doors to help flood victims with baby food, formula, and more after the devastating effects of Hurricane Harvey. Osteen was concerned for the safety of the people inside, as the bottom floor of the church was flooded to nearly eight feet in 2001, and as he said, “When it floods, it floods in a torrent. And it floods quickly. We installed flood gates, but you know, you have to have a lot of faith in those if you are going to put a lot of people into the building.”

“So we had concerns, you know. From the very beginning as far as the safety of people in this building and that was too great a concern for us.” Though the church is now open, people are wondering about how charitable the pastor is. How much does Joel Osteen give to charity? Find out right here.

Joel Osteen was born in Houston Texas, on March 5, 1963. The 51-year-old was born to Dodie and John Osteen, who founded Lakewood Church, which began as an old feed store, in the ’50s. John Osteen was a Southern Baptist before founding the church, and his was born. The family was always religious, and John Osteen “left to start Lakewood, partly because he didn’t like all these denominations keeping people apart. We were in that remodeled store until I was nine or 10 years old. It held about 150 people, but we started with 90. I didn’t realize it was that small. There was a center aisle and a pew on one side and a pew on the other. So it had 20 rows or something. I just remember going there as a boy and sitting in the front row, listening to my dad. That’s where I grew up.”

Joel Osteen would edit his father‘s sermons for 17 years. The college dropout decided to start preaching in January 1999, and his father was able to see Joel preach first sermon before his death less than a week later. The mega-church had about 8,000 people gathered after John’s death, and Joel preached for the second time to the church’s members. With a heavy heart the then 35-year-old gave a heartwarming speech that day.

Victoria Iloff married Joel Osteen on April 4, 1987. She was born to a mathematician who was a member of General Electric’s Saturn Rocket project, Donald Iloff. Every Sunday growing up, she attended the somewhat conservative Church of Christ, where her mother taught Sunday school. She went to the University of Houston, but did not graduate. She has been married to Joel Osteen for 30 years now, and is a co-pastor at Lakewood Church.

We had a great day celebrating @jonathanosteen’s graduation from the University of Texas at Austin! So proud of him!

The couple have two children, Jonathan and Alexandria Osteen, who graduated from the University of Texas. Though Joel Osteen has an Instagram account, he doesn’t post much, but still has over one million followers. He praises his family and their support, especially Victoria’s, for helping him get through everything and assisting with the sermons. An average of 52,000 members attend their church each week, and sermons are given in both English and Spanish.

Osteen’s videos are viewed by an average of seven million people per week, and 20 million per month.

Most of Joel Osteen’s net worth can be credited to his books. He authored Your Best Life Now: 7 Steps to Living at Your Full Potential in 2004 which reached the New York Times Best Seller list, where it stayed for 200 weeks. It sold a whopping five million copies and made a ton of money. Osteen says he doesn’t draw a salary from the church, which makes around $70.0 million annually, but depends on his books for his income. He wrote another book in 2007 titled, Become a Better You: 7 Keys to Improving Your Life Every Day which generated a solid $13.0 million and topped the Best Seller list with 4 .0 million copies sold.

What great people in Staten Island. I loved being with you today!

Joel Osteen made a lot of money (blessings) through preaching and authoring books. He is a very famous pastor, and is reaping the rewards, as Lakewood Church has a seating capacity of over 16,000.

Osteen’s wife is also known for her weekly sermons. Joel Osteen stated he gave millions in charity and continues to help anyone he can. That being said, he lives in a $10.5 million dollar mansion with his family, which draws a lot of criticism from those who question his donations. Check out a breakdown of Joel Osteen’s net worth below: