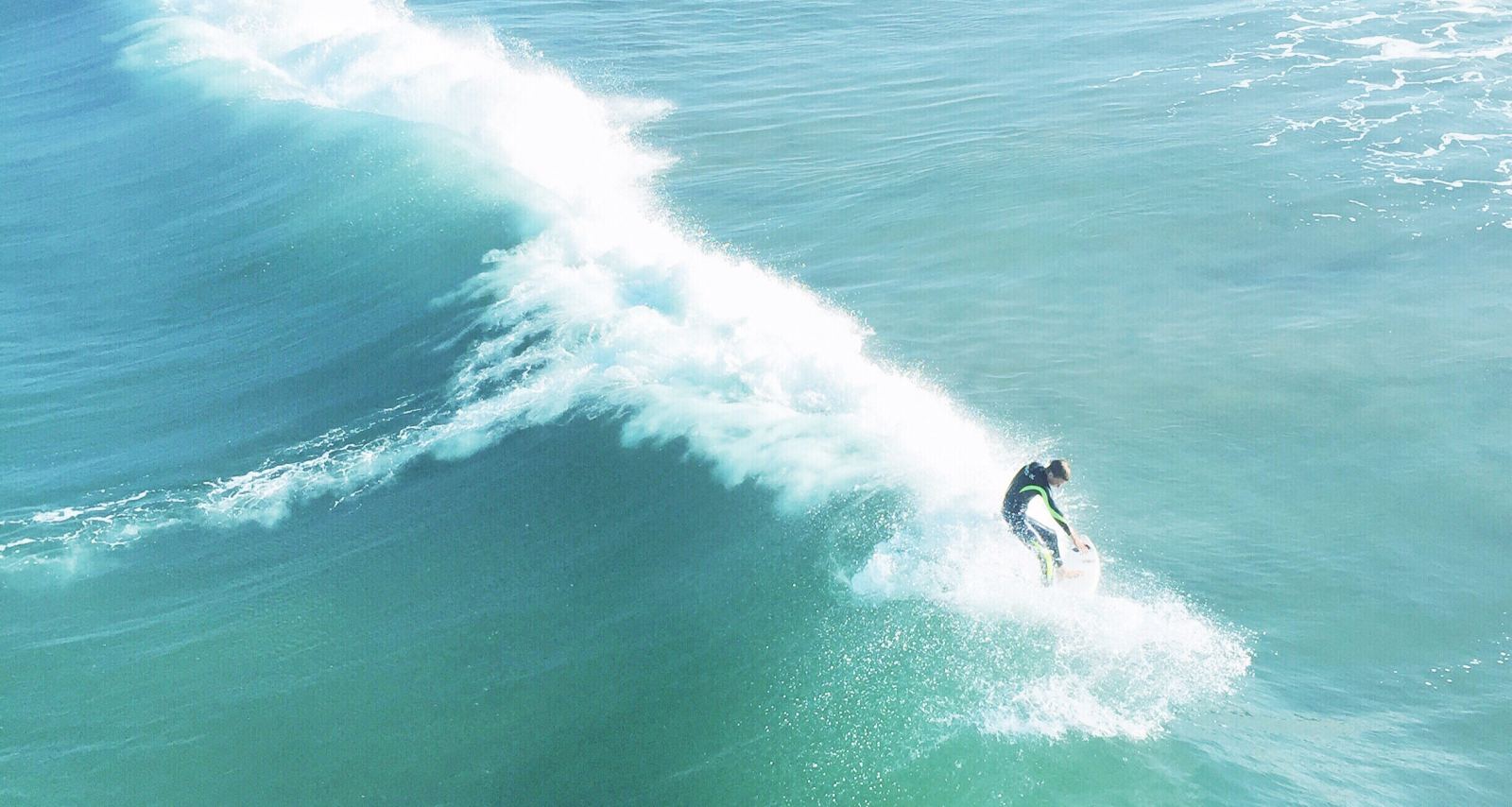 ABC and World Surf League Champion Kelly Slater are bringing viewers an intense two-night surf competition titled The Ultimate Surfer. Airing on August 23 and 24 at 10:00 p.m. EST, it will be hosted by former NFL pro Jesse Palmer and commentators Joe Turpel and Erin Coscarelli. A surf competition is now incomplete without play-by-play from Joe Turpel. After calling WSL events for a decade, Turpel’s style and knowledge have become the gold standard for surfing commentary. He’s about to gain more followers beyond the regular surf enthusiasts. For those who want to know more about who “The Modern Voice of Surfing” is, we have compiled a primer in this Joe Turpel wiki.

Joe Turpel Jr. was born on August 22, 1985, in San Dimas, California. He was raised in Hawaii after his family moved to Oahu when he was six.

He is the son of Joe Turpel Sr. and Dianne Turpel. The younger Joe and his sister Gina Turpel’s childhood revolved around surfing.

Joe Sr. is the one who raised the surfer to love the ocean. He was a lifeguard, surfer, teacher, and stuntman in his lifetime. He passed away in 2017, when the broadcaster took a break from commentating.

Joe Turpel earned the name “The Modern Voice of Surfing” when he became the commentator for the World Surf League. Turpel added a professional and calming upgrade to a job that’s often stereotyped as being shrill and frantic.

He was inspired to venture into sports broadcasts by legendary baseball commentator Pal Eldredge, who taught his summer school class at Punahou School in Honolulu. He asked the class to do a sports report of their favorite team.

Turpel was not only a surfer, but also a baseball player. His commentary on a Dodgers game impressed Eldredge, who told him he had immense potential to make sportscasting a career.

The family moved back to California when he was 13. After graduating from high school, he studied communications and dramatic arts at the University of California, Santa Barbara.

He continued to surf with the UCSB surf team, and even won a national title. He also got commentating opportunities at junior events.

Eventually, Turpel made his sportscasting debut in 2007, at a webcast for a standalone Women’s Championship Tour event in Brazil.

He’s now the standard for play-by-play at the WSL.

He’s lauded for his oratorial skills, especially his delivery. And his knowledge of surfing proves to be as strong as his love for it. But it comes from extensive research into heats and stats before sportscasts.

A surfing competition is now incomplete without Turpel walking fans through it. That is the good fortune of the viewers of ABC’s new and intense surfing competition series, The Ultimate Surfer, which will be hosted by Turpel along with sportscaster Erin Coscarelli and former NFL pro Jesse Palmer

Turpel has been with Suzi Olaes-Milosky at least since 2016. While she often features on his social media pages, there isn’t much known about his partner.

Turpel and Milosky welcomed their first child together, a daughter they named Cozy Kaeana’auali’i Turpel, on June 15, 2017. It is Milosky’s third child, as she has two older daughters from a previous relationship.

Suzi Milosky was married to the late big-wave surfer Sion Milosky. He passed away on March 16, 2011, while surfing the Mavericks in California.

Besides his widow, Sion is survived by his and Suzi’s daughters, Awakea Milosky and Sariyah Milosky, both models based in Oahu. Sion and a young Sariyah appear in one of the most viral photographs in the surf world.