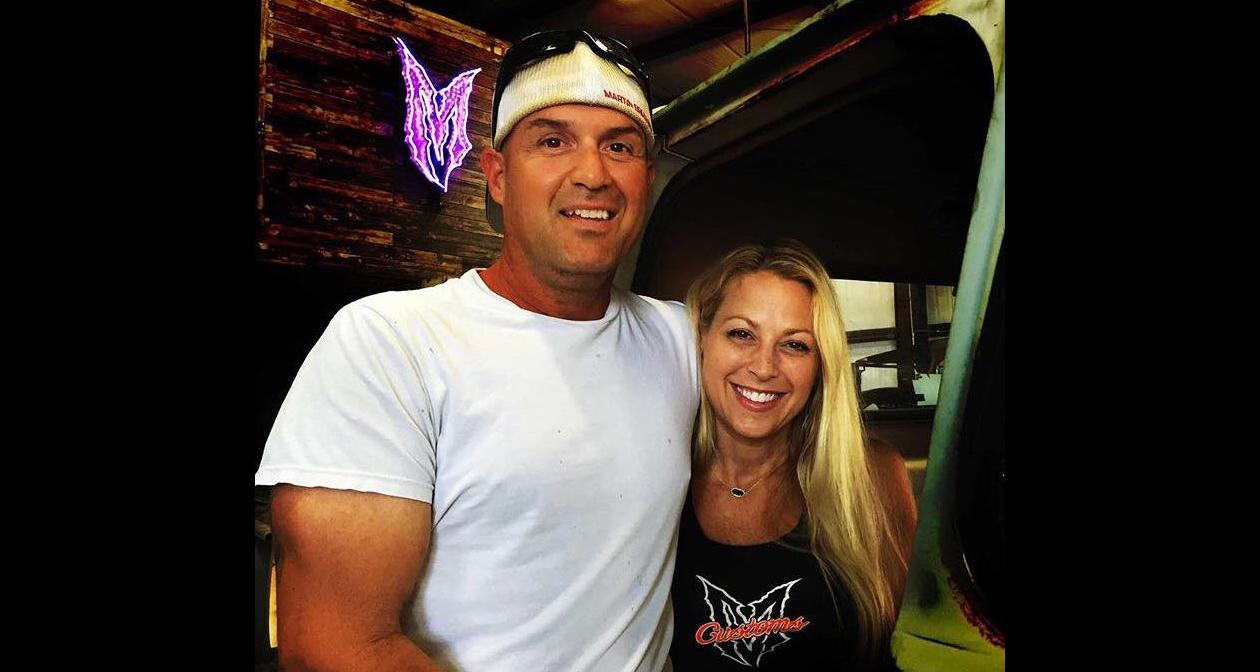 Joe Martin of Martin Bros Customs fame has been resuscitating old vehicles that would otherwise be turned to scrap for a while now. But it was thanks to the Velocity channel’s Iron Resurrection that this roadster restorer and his crew are known in every household. Now Joe and his crew are set to showcase even more jaw-dropping restorations when Iron Resurrection season 4 premieres on September 4. Our Joe Martin wiki has the lowdown on the coolest mechanic on TV.

He Won a Discovery Channel Competition

Joe Martin and his wife, Amanda “Mandi” Martin, along with Joe’s brother, Jason, and Joe’s best friend, Jayson “Shag” Arrington, form the core team of Martin Bros Customs. The Austin, Texas-based shop breathes new life into rusted old bikes and cars that would otherwise end up in a junkyard.

Joe and his crew have been giving old vehicles makeovers on TV since 2016 on Iron Resurrection.

But Iron Resurrection doesn’t mark the first instance Joe’s metal magic has been on TV. He competed on Discovery Channel’s Biker Build-Off more than a decade ago.

At the time when Joe was building his own bikes, shows geared to motorheads were blowing up on TV, thanks to the likes of Jesse James. So, he was sought by Discovery producers for Biker Build-Off.

Joe was on Biker Build-Off for about two years. After he won the championship, he found immense success in the bike business.

His first business, Martin Bros Bikes, took a hit during the 2008 recession, so Joe had to downsize his crew. He and his wife, Mandi, relocated to Texas Hill Country near Austin to start over.

Jesse James had moved to Austin around that time, too, and Joe worked with the Monster Garage host for a while. He was also doing custom work on his own when an opportunity came knocking.

Joe kept in contact with Biker Build-Off’s producers after the show. Velocity TV, the Discovery Channel’s sister network, was launched, and the producers were looking for new content. The producer approached Joe and Jason Martin, which led them to open his shop, Martin Bros Customs, with Mandi and Shag.

“My brother had a little bit of video equipment and had interest in it – so we put together a teaser reel that followed us all around the shop and then they bid off on it and really enjoyed it. Everything at that point kind of fell into place for the Velocity network,” said Martin.

He’s the owner and operator of the shop while Shag ensures Joe’s work gets the best price.

Mandi and Shag pick up usable parts or scout roadsters crying for help. The team at Martin Bros Customs restore the vehicles with Joe’s artistic genius and mechanical expertise.

Joe is originally from Illinois and moved to Dallas, Texas with his family when he was 10 years old.

On Iron Resurrection, Joe Martin sketches detailed custom plans for bikes and cars, as well as the occasional boat and vintage piece, before they work on the actual vehicle. He’s a genius fabricator and we’re often left in awe at his creative ideas right from the sketching stage.

Joe’s artistic foray began when he was a kid. But it took years for him to perfect his skills.

He said that his mother caught him drawing on the walls. So, she got him a sketch pad to channel his compulsion to draw.

“I can just remember when I was really young sucking at it real bad and I got Hot Rod Magazines and I tried to copy a car and draw it on paper and over the years. I have always liked drawing – whether it is cars, bikes, trains or anything mechanical,” Joe explained.

He Doesn’t Have Formal Training

Joe kept practicing, and by his mid-teens, he was broadening his mechanical knowledge, too. He didn’t have any formal training and learned whatever he could from guys in the suburban Dallas neighborhood of DeSoto where he grew up.

“The local guys in the neighborhood were a lot older than me and let me hang out and learn things and kind of watch and that is how I picked it up. I was always interested in that and I would look at Boyd’s (Coddington) stuff and say I could never afford that – so I have to try and learn how to do it myself.”

A young Joe found a job at an automotive aftermarket accessory store, where he learned about mechanics on vehicles.

His colleagues noticed his natural artistic ability, so they gave him custom paint jobs on cars brought to the shop. Joe was getting so popular that he ventured out and started his own vehicle customizing business.

He Started Martin Bros Customs with His Brother

Joe used to work on cars when he first started out but got into the bike business in the mid ‘90s “by accident.” Although he would look for custom jobs where he could find them, he eventually realized that he couldn’t keep operating from his pickup truck.

He found a house that had a large space to open his shop. Joe got his younger brother, Jason, into the fold and launched Martin Bros Bikes.

The brothers eventually turned their focus on bikes when they found it was easier to work on them. And bikers didn’t try to haggle, so that was an added benefit.

After Martin Bros Bikes shut down, Joe and Jason rebuilt a crew and opened Martin Bros Customs and landed on Iron Resurrection.