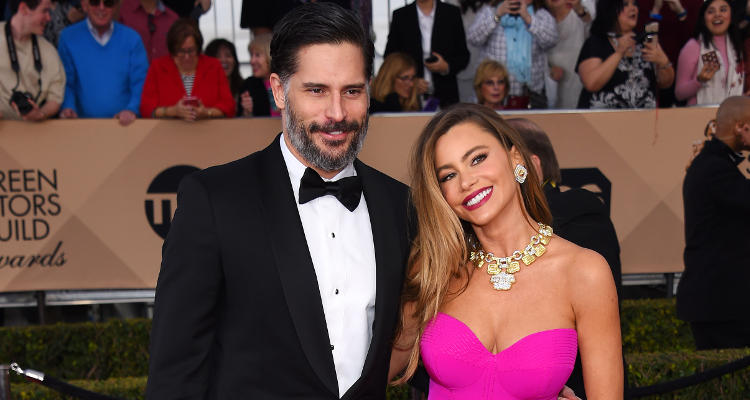 Yesterday (July 10) was Sofia Vergara’s birthday. She celebrated her birthday with an Italian lemon-themed birthday party. Her husband and son were also part of the occasion. Sofia looked gorgeous in a sheer black lace two-piece. The Modern Family star said, “I thought I was not going to be in town.”

Her husband, Joe Manganiello, shared their wedding snap on his Twitter account on the occasion of Sofia Vergara’s birthday. Vergara and Manganiello started dating in July 2014; at that time Manganiello was filming True Blood. The pair decided to get engaged after six months of dating and made it official on December 25, 2014. The pair tied the knot on November 21, 2015 in Palm Beach, Florida. Since it was Sofia Vergara’s birthday, Manganiello thought the perfect moment to share their wedding photo was her birthday. He has not just surprised his wife but also their fans.

Apart from her successful husband and impressive acting career, in the year 2015, Forbes estimated Vergara’s net worth to be about $100.0 million. Vergara is famous for her role in Modern Family as Gloria, and she never fails to astonish us with her brilliant acting as she gives justice to her character. We wish the 44-year-old star a very happy birthday!