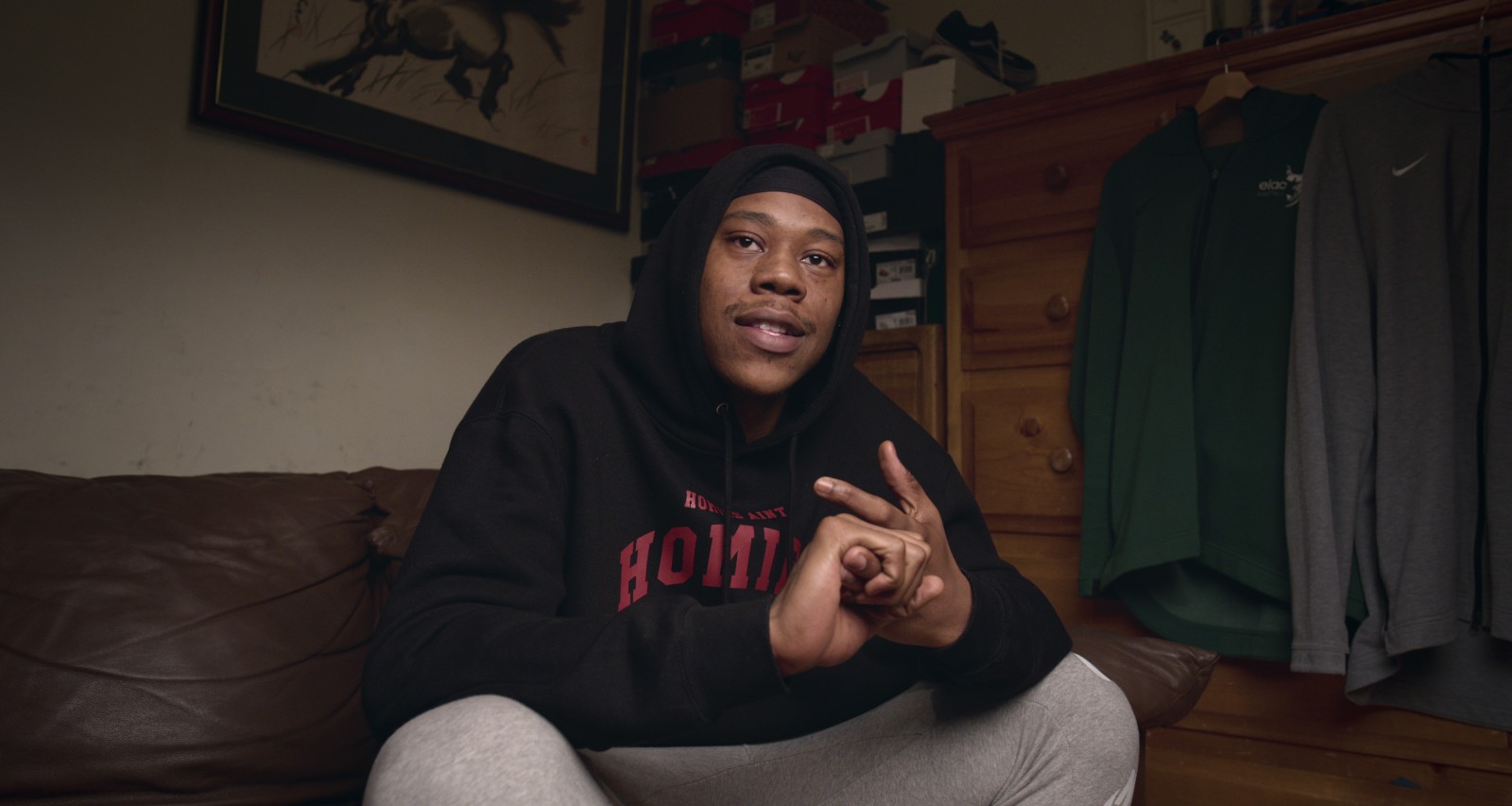 Last Chance U is shifting from football to basketball, but remains just as gripping. The Netflix show’s new season premieres on March 10, bringing the spotlight on the coach and players of the East Los Angeles College basketball team. Joe Hampton was once a top prospect coming out of high school. But injuries and other issues delayed what was predicted to be a stellar collegiate career. Though Hampton seemed tense in the trailer, his basketball career is on the rise again. Where is the young athlete now? We reveal that and more in this Joe Hampton wiki.

Joseph Hampton was reportedly born on January 31, 1998 to Lance Porter and Krystal Hampton. Joe grew up alongside three siblings.

Hampton hails from Washington, D.C., where his family is still based. His father Lance Porter works at a Maryland-based security services business.

Joe Hampton was a student and basketball player at DeMatha Catholic High School in Hyattsville before he transferred to Oak Hill Academy in 2014. He graduated from high school in 2016.

A four-star prospect of the 2016 class, Hampton was fielding college offers from DePaul, Penn State, and Xavier. He verbally committed to Penn State in 2014, but would de-commit in March 2015 after the Nittany Lions had a poor season.

Hampton changed his mind and recommitted to PSU two months later. But a torn ACL resulted in Hampton sitting out most of his senior season at Oak Hill.

He was taking summer classes at Penn State, but there was little hope that he’d recover in time to play his freshman season for the Nittany Lions. Hampton would end speculation by leaving Penn State again in 2016. The university stated the baller left due to unspecified “personal reasons.”

He came to Pasadena City College in California to play the 2017-18 season. Hampton then transferred to East Los Angeles College, where he played in the 2019-20 season under Coach John Mosley Jr.

Hampton was seen breaking a chair in the trailer for Last Chance U: Basketball. Whatever drove him to that, we will see it when the show premieres on March 10 on Netflix. Nonetheless, Coach John Mosley did tweet at Hampton about that broken chair.

Where Is Joe Hampton Now?

Hampton was still at Pasadena City College when he signed a national scholarship letter of intent with Long Beach State University’s Division I program in 2017. He would transfer after the 2019-20 season at ELAC.

Hampton is part of Long Beach State’s 2020-21 roster. He has already risen to starter position, and last month, he was named player of the week.