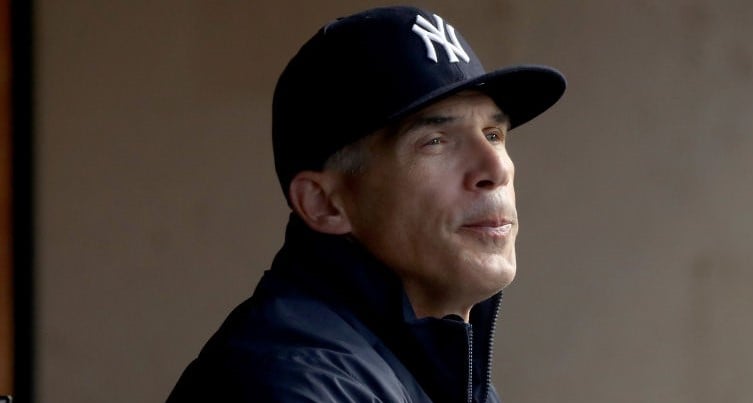 After a decade of service, New York Yankees manager Joe Girardi has been fired! It’s hard to ignore the trend of coaches that have been axed and some Yankees fans are surprised and curious about the manager’s removal. To get everything you need to know, here’s our Joe Girardi wiki.

Joseph Elliot Girardi, age 53, was born on October 14, 1964 in Peoria, Illinois and is one of four kids. He had an impressive career of his own in the MLB, before he became a professional coach. He played for the Chicago Cubs, the Colorado Rockies, the New York Yankees, and the St. Louis Cardinals. He was responsible for 36 home runs and he was most recently the manager for the New York Yankees for the last 10 years. Joe Girardi’s net worth is estimated at $15.0 million and Joe Girardi’s salary is reportedly $2.5 million.

He has been married to Kimberly Innocenzi since 1990; Joe Girardi’s son is named Dante and his daughter’s are Serena and Lena. He has siblings named Gerald, Maria, and George.

Aside from work, family means everything to Joe, who has encouraged family ties during his time with the Yankees.

“Before I could even ask, he said, ‘You need to be there,’” said pitcher Adam Warren, who asked for time off to go to his sister’s wedding. “I figured spring training was as good a time as any to be gone, but you’re still not sure how the manager is going to react when you ask. He made it easy on me.”

The 53-year old father of three also encouraged Dante (who’s now a high school athlete) and Lena to practice at the Yankee bating cages with coach Tony Pena, before a game this season.

On Thursday, General Manager Brian Cashman announced that this season would be Girardi’s last as they made the decision to let him go.

“I want to thank Joe for his 10 years of hard work and service to this organization,” Cashman said. “Everything this organization does is done with careful and thorough consideration, and we’ve decided to pursue alternatives for the managerial position.”

He continued: “As Hal Steinbrenner and I mentioned to Joe directly this week, he has been a tremendous Yankee on the field and away from it, as a player, coach and manager. He has a tireless work ethic, and put his heart into every game he managed over the last decade. He should take great pride in our accomplishments during his tenure, and I wish Joe and his family nothing but success and happiness in the future.”

Joe Girardi on His Firing

Being let go from your dream job isn’t easy, but Girardi handled it very professionally. In an email to media outlets, Girardi said: “With a heavy heart, I come to you because the Yankees have decided not to bring me back,” Girardi said in a statement. “I’d like to thank the Steinbrenner family for believing in me and giving me this wonderful opportunity.”

In his statement, Girardi concluded: “Finally, I’d like to thank the Fans for their great support as a Player, Coach and Manager and the lasting memories of their passion and excitement during the Playoff Games, especially the final six games which will remain in my heart forever. [sic]”

At this time, a replacement for Girardi as manager has not been named by Cashman ore anyone else with the team.